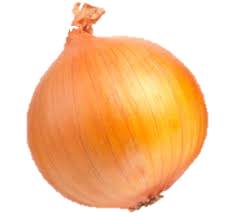 The deck in question this time is Mecha'thun Hunter, which I have been trying desperately to make work since the release of Boomsday. The following is a way too in-depth guide for a deck this bad.

Rationale: Why play Mecha'thun in Hunter?

In my opinion, if Hunter had better control tools Mecha'thun hunter may be the second-best Mecha'thun archetype, losing out only to Warlock. The reason for this is Tracking, which is a degenerate card in Mecha'thun decks - not only does it cycle a card, but it also discards the other two options, essentially paying for their costs.

Hunter also has one of the easiest to activate Mecha'thun requirements. After playing two Galvanizers, discounting the 'thun to 8, play Goblin Prank on Mecha'thun with an empty board, then end turn. At the end of the turn, Goblin Prank kills Mecha'thun and triggers it's deathrattle. This 2 card combo is tied with Druid for the smallest Mecha'thun combo available, compared to 3 for Warlock, 5 for Warrior, and 5 for Priest.

What about the rest of the deck?

The rest of the deck is to thin and cycle until we hit our win condition. There are four main packages:

Venomizer/Missile Launcher is really dank, and also surprisingly powerful. The problem is consistently drawing the combo, which is why we have Ursatron, as well as another card mentioned later on to help draw the necessary pieces.

Of course, we also run Zilliax, which is a good card, and this deck's only real option for healing.

Secrets are Hunter's main defensive cards, and unfortunately, most of them are not good. They are even less good when you realize that it is dangerous to run more than one copy of each. If your opponent never procs the first copy, you'll never be able to play the second copy, which makes you lose.

However, the one saving grace is Phase Stalker, which is an OP card and justifies this whole package by itself. Many decks can't answer a coined Phase Stalker, and turns your Hero Power into something that is actually valuable.

The one secret we run two copies of is Freezing Trap, since most decks are going to attack at least once. Another consideration is running two copies of Snipe, but Snipe is frankly just not as good.

We do our best to run the cards which count as pseudo-healing, those being Explosive Trap and Misdirection, both of which serve to prevent damage dealt to our precious face. Although Misdirection is really bad, we can't afford to run an extra Explosive Trap due to the existence of hyper-control decks like Priest which don't need to attack face almost ever.

Diving Gryphon is a very strong card that draws, and because it draws, we run it. The best rush minion to draw is likely Springpaw, which answers early minions well and helps line up Freezing Trap and Explosive Trap

Did you think you'd ever see Master's Call in a non-beast deck? Me neither. But it is surprisingly good. It enables tutoring for combo cards like Missile Launcher, Mecha'thun and Galvanizer, it draws our tutors like Diving Gryphon, Ursatron and Phase Stalker. It's good, don't question it.

Flare is here to round out the package. It's not good, but what else are you putting here? Loot Hoarder and Acolyte of Pain are both too slow. Generally towards the end of our deck the card draw begins to fizzle, and then slow card draw is really bad.

Novice Engineer is good since it's a body on 2 in a deck lacking that.

Tracking is our only play on 1. It's also the best card in our entire deck, and since playing it early minimizes the chances of screwing our combo, it's real good.

Novice Engineer is a body on 2 that cycles. We have limited plays on 2, and hero powering is worthless for our deck.

Keep Ursatron if you already have a 2-drop like Novice Engineer or Phase Stalker, since Ursatron is the best body on 3. Otherwise, feel free to mulligan it - our deck has lots of 3 drops between Diving Gryphon, Ursatron and Master's Call.

Flare is a worse Novice Engineer, but sometimes acceptable if you're against Mage or Hunter, both of which sometimes run secrets.

Venomizer if you know you need Venomizer/Missile Launcher to win. Can't recommend keeping Missile Launcher, though, with Ursatron and Master's Call to tutor it.

Against fast decks Springpaw can be something you play on 1 to contest the board, but otherwise we want it in deck to make Diving Gryphon good.

This deck is not very good. But it does some dank stuff which I like and it lets you say "I played Mecha'thun in Hunter", which feels good.

Make sure not to prematurely play Galvanizer. I have forgotten several times that I needed to save them for Mecha'thun when I really wanted to play Venomizer/Missile Launcher. However, this can be acceptable against aggro decks, or if you're on the coin, since then you can hold coin for the combo.

Be aware that a few decks lack good responses to Venomizer/Missile Launcher. All of the best decks do, but if you hit stuff like Zoolock, Mech Paladin, sometimes they can't respond to the repeated board clears, and then you can go in with stacking Zilliax or other Magnetics onto your Missile Launcher to further protect it. I played a game against a dragon paladin that could not answer it at all, and they were just locked out of the game while the 6/6 went face 5 turns in a row.

Yes, sometimes you're going to get boned by Tracking discarding one of your combo pieces. Don't panic, you probably weren't going to win anyways. You can play around this by playing Tracking either in the very early game (when there are more cards in your deck), or in the late game (where there's only one combo piece in deck). If forced to make a decision, prioritize Mecha'thun over Goblin Prank over Galvanizer. Who knows? Maybe they play Booty Bay Bookie. Point is, your deck doesn't do anything without Mecha'thun.

Something that I've been thinking about - Swapping Springpaw with Skaterbot. Skaterbot is cheaper and has synergy with Venomizer as a 3 mana Vilebrood Skitterer. I've also been thinking about Subject 9. I don't run him now because I'm poor, but it might also just be bad to play him. In order to avoid overdrawing you likely need to play him on 7, to dump a secret the same turn, but generally by 7 our deck is getting light on Secrets and then he just becomes a draw 2.

EDIT: Ok, I've mucked around with Skaterbot and I think it really comes down to personal preference if you want to run 1 copy of him in place of Springpaw. In the games where Tracking discards a Missile Launcher Skaterbot has come in really clutch, making the extra Venomizer useful. Also, it can be discounted by Galvanizer, though that feels like less of an issue. However, a few problems - Skaterbot dilutes the pool for Ursatron, which is bad since Ursatron really needs to tutor the exact cards we have now. Also, if it's drawn off of Ursatron, it makes Diving Gryphon worse. We already have problems with Diving Gryphon not drawing consistently, so this kind of adds to the problem.

Anyways, that's the decklist. Hope you enjoy the meme.