This deck is direct in its strategy, but intricate in its implementation--it is a spell damage, burn deck. Fill the board with minions that have increased spell damage. Finish the opponent with enhanced spells that we shoot directly at our opponent's face.

In general, we are looking for the same cards regardless of our opponent. If we are playing against aggro with wide boards, we want Lightning Storm or Lightning Breath. Otherwise, we want our early game minions to develop a board and start building spell damage. 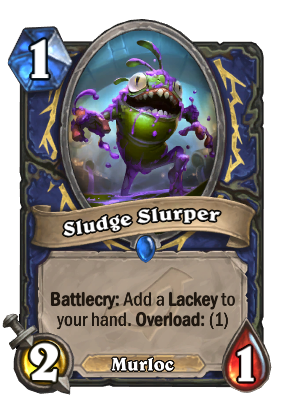 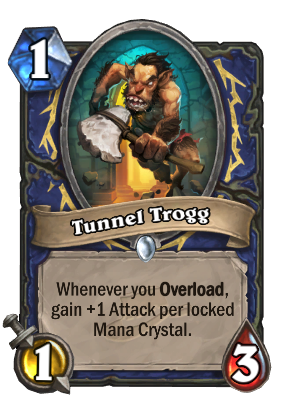 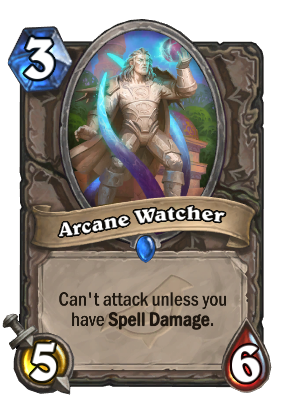 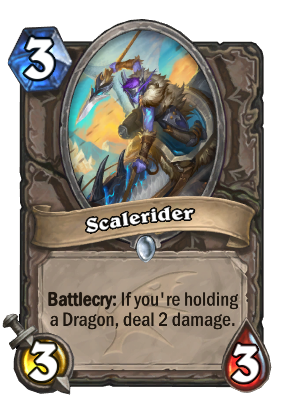 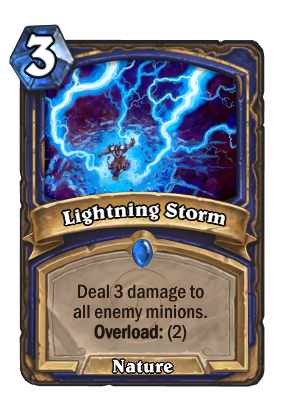 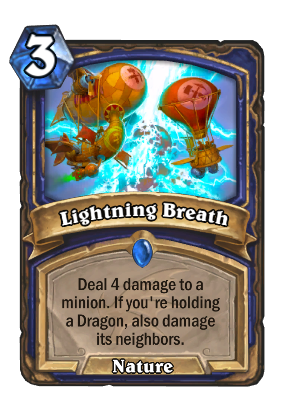 This deck is shockingly efficient and remarkably synergistic with its card combinations. The deck seems like it has all the right tools in all of the right places to make sure no individual card feels cumbersome. 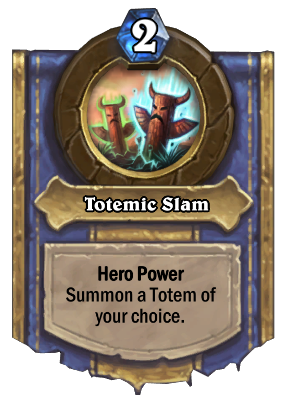 You are probably wondering why in the world someone would make an Odd Shaman that isn't an aggro deck and also doesn't include the recently released Totemic Reflection. There are a two reasons: first, this deck is based off of Firebat's Spell Damage Dragon Shaman which only runs 3 even cards in the first place; second, Totemic Slam ensures we can always have spell damage on the board when we need it.

In addition to being able to summon multiple Wrath of Air Totems, we can manage the early game board with our other totems if needed. Healing Totem can be an absolute nightmare if we get our other low-cost minions to stick on board (like Tunnel Trogg)--allowing efficient trades with other low-cost minions. Moreover, Stoneclaw Totem can absorb 2+ damage every turn if our curve doesn't pan out well. 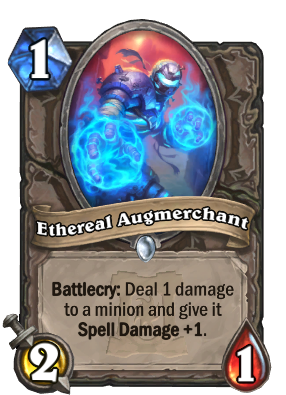 The core focus of this deck is definitely its spell damage synergies. While ultimately meant to enhance our burn damage, spell damage has a new friend tagging along: Arcane Watcher. Generally considered too inconsistent outside of Silence Priest, Arcane Watcher has endless activators in Odd Shaman thanks to Wrath of Air Totem. What's more, Ethereal Augmerchant can ensure that Arcane Watcher is its own spell damage activator.

Aside from Arcane Watcher's newfound home, Lady Vashj works wonders in this deck--she acts as a spell damage activator, card draw engine, and win condition for lethal when she's in her prime. As Lady Vashj she is an early game threat, both as a 3-mana 4/3 and a spell damage buffer. When she turns into Vashj Prime she pulls out three spells, all of which strategically will be 0-mana; if she hits our burn spells, we can win on turn 7 with ease given the right board state.

As a final note, Electra Stormsurge has scary potential in this deck since we are generally focusing spells on our opponent's face. A 6-mana Pyroblast is nothing to scoff at, not to mention turn 10 combos with Vashj Prime. 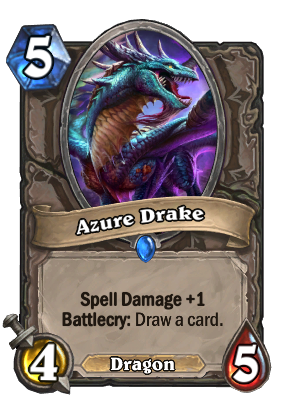 Lightning Breath is such a strong card to have, especially with the spell damage buffs. Both Scalerider and Big Ol' Whelp are really solid tempo plays that smooth out some of this deck's weaknesses. We all know Azure Drake was Hall-of-Fame'd for a reason, and it's because it fills so many roles so fluidly--a dragon with card draw and spell damage is the perfect card for this deck. Last, but not least, Cobalt Spellkin generates value (and potentially more outs!) while filling the dragon role nicely.

Far Sight is something that might be better filled by Haunting Visions since Haunting Visions provides more value and outs than Far Sight. Both have their upsides, but I felt the card draw plus mana-reduction had more potential and consistency for this deck.

Sludge Slurper is a very strong card, but if you aren't a fan or want some more bulk, Surging Tempest can fill that role instead. Moreover, if you don't have Tunnel Trogg, Surging Tempest is an easy substitution.

Blackwing Technician could definitely take the spot of Scalerider as a strong 3-drop with dragon synergy.

If you don't have Electra Stormsurge, but you do have Malygos, then Malygos subs in well as burst damage in addition to being a dragon activator. On top of that, Malygos has more potential than expected thanks to Vashj Prime's ability to discount our burn damage spells.

As a final note, Mana Tide Totem and Totemic Reflection are both very strong cards that could be added to this deck. Adding these cards in to replace Far Sight and Scalerider will probably provide the deck with stronger combos and a higher win-rate. I opted to not include them in this list because they gave the deck a stronger "totem feel" instead of a "dragon feel."

This deck shocked me multiple times with how effective it was. I was regularly capable of outputting over 30 damage to face throughout the game; however, we all know the immense healing available in wild. Keeping that in mind, it is crucial that you don't waste spells on targets that aren't your opponent's face. Additionally, greedily holding onto burst damage for +3 spell damage is probably not going secure a win in the long run due to the rampant removal and healing available. If you have a few spell damage buffs on board, don't be afraid to force some pressure onto your opponent's face to keep them on their back foot. Lastly, Wrath of Air Totem is your friend! summoning multiple of them will force your opponent's hand. If they don't deal with them, you can easily send out 20+ damage in 1 turn for only 5 mana.

This deck is a lot of fun, and I think it has a lot of potential! There's probably room for improvement, so if you have any suggestions, leave them in the comments.

This deck idea was inspired by Firebat's Spell Damage Dragon Shaman. Check that deck out if you are looking for a standard deck with a very similar flavor: