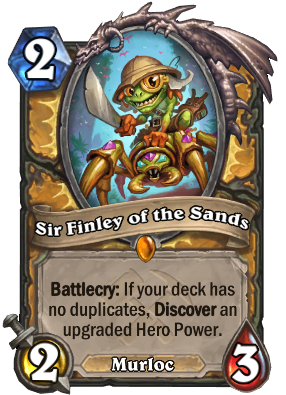 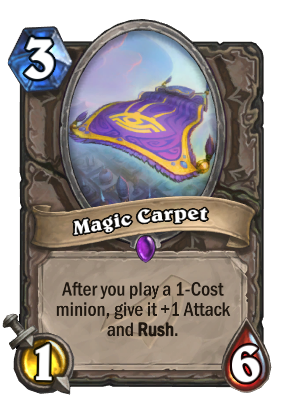 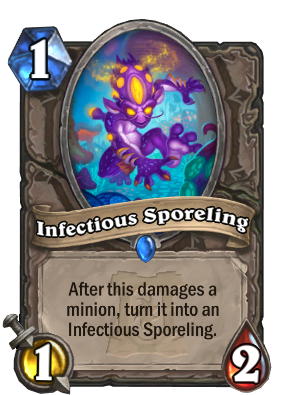 and the other Genie!

Together they must face the threats of the evil Jafar 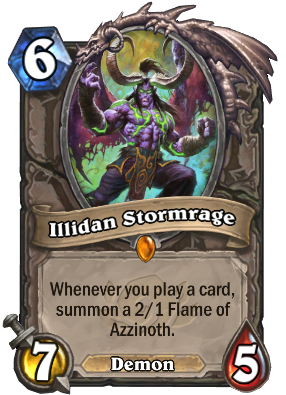 and free the beautiful princess Jasmine 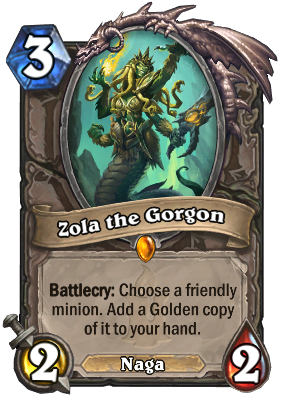 (I assure you she's beatiful to a Murloc)

Inception of the deck

Right after reaching Legend, I switched to Reno Paladin homebrewing. And it turned out to be a failure in too many games. Despite my tweaks, an average Midrange Reno Paladin can't just deal with the current Wild meta: you're squeezed between relentless Aggro, for which you have limited removals, and fast Combo decks (OTK but also Control with swings that Paladin can only dream of so far).

So I switched my perspective entirely, I crafted Sir Finley of the Sands (despite his minor immediate impact) and went for an aggressive plan, fighting Aggro with my own Tempo, keeping the Highlander cards for versatility (finishers and survival when needed, basically adding an additional layer to the typical linear gameplan of Aggro). I am climbing back my ranks now, and could win consistently enough both against Control decks (Cubelock, Reno Priest), and other Aggro (Pirate Warrior, Demon Hunters).

You can and should apply some of each for the wins):

Just know your cards very well, and even more importantly, know your opponent even better: this deck contains several cards to play around most of the decks in the meta. While npt optimal against any, it does have ways out against most of them. Play with the next turn (better with next two turns) in mind, and you will be good to go.