As of this latest Boomsday patch Sonya & Mechwarper now have been restored to their original pre-April 16th interaction and produce 0 mana Scorp-o-matics again! Rejoice! Thank you Blizzard for fixing and restoring the original interaction! #bro/sisfist!

Hi everyone, today I am showing my take on the Spectral Pillager Scorp-o-matic OTK. First off, this is a fun meme deck, not a ladder deck, so keep that in mind. This is one of the combos I find takes more games played in order to pull it off. As you can tell I have built it partially around N'Zoth not only because I have a love for the old god, but also so that I am not completely centered only around the OTK itself so that you can have an unexpected ace card if your opponent is only expecting to be OTKed in some way.

If you are not familiar with the general concept behind the otk (there are a few different slight variations of how to use it) and here is the rundown of my implementation of it down below. 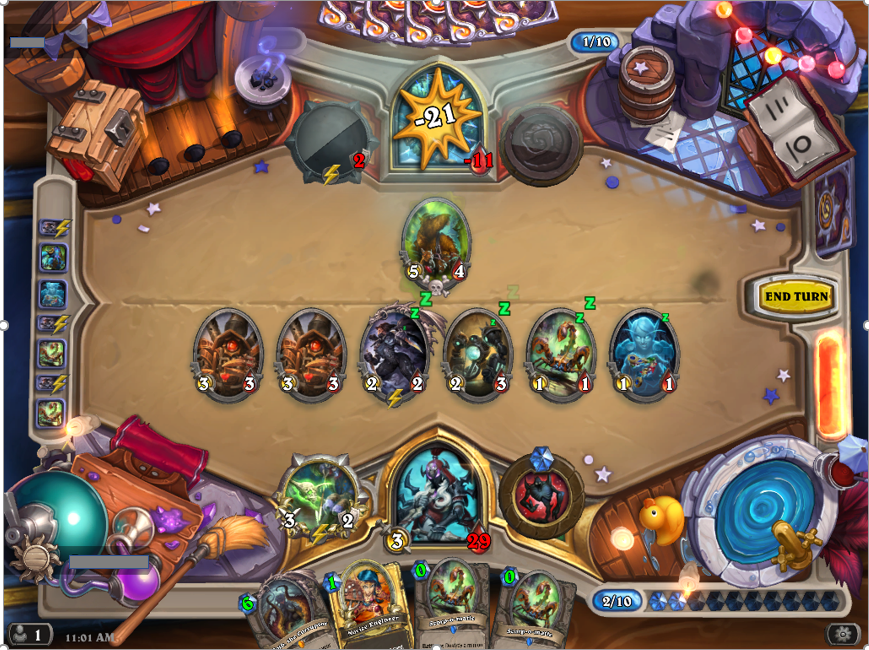 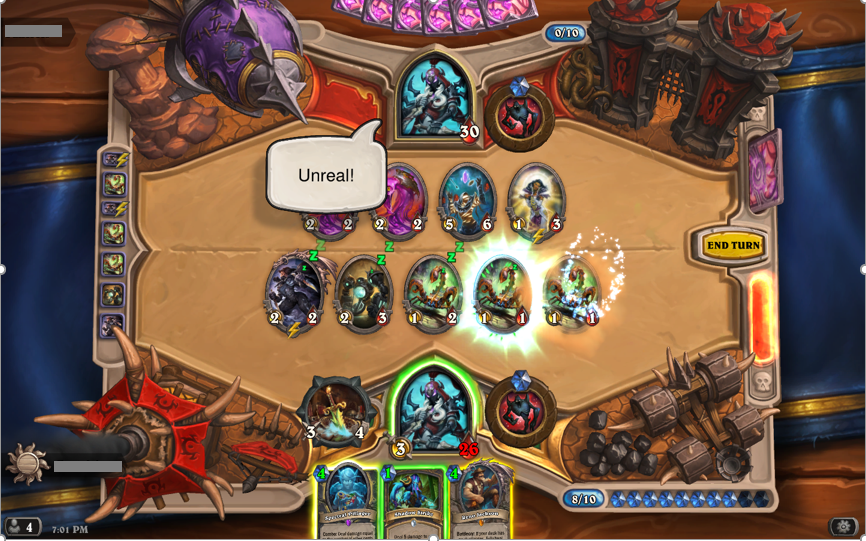 Outlasting the king of grind. Shouldn't have used that Reckless Fury xD 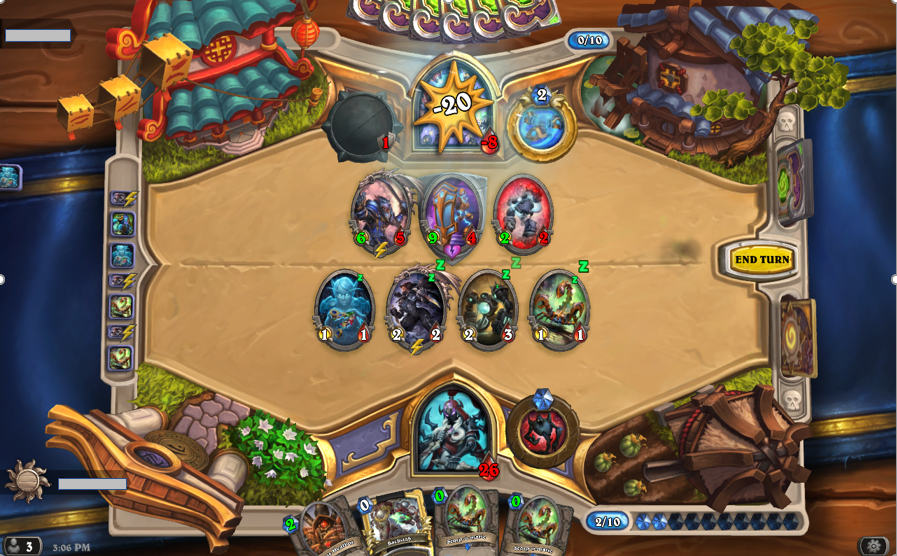 Mulligan for your early game for pretty much any match-up. You don't want your hand clogged full of combo pieces early on since you won't have any plays and with the amount of card draw in the deck it can make it awkward for when you have to Valeera due to the risk of burning your cards.

Against control/combo decks: Typically mulligan for Elven Minstrel (If you have the coin, Shadowblade, Plated Beetle and/or Loot Hoarder.

Always toss away combo pieces and mostly anything more than 4 mana. This is especially true of your DK anyway since using her too early in the game can easily lead to game-throwing card burns due to not being able to empty your hand fast enough with the mana you have and large amount of cycling in the deck.

Since this is a meme deck I won't go into too much detail here, but here are some general overviews about some of the match-ups

Never feel pinned down to the combo for your win condition against aggressive decks. Sometimes you have those gems where you barely manage to outlast them and pull the combo off, but other times you pull off wins by comboing heal combos with things like Sonya & Healbot or Sonya & Applebaum, grinding the aggressive decks out of resources.

Versus an aggressive Mech Pally, winning with combo. 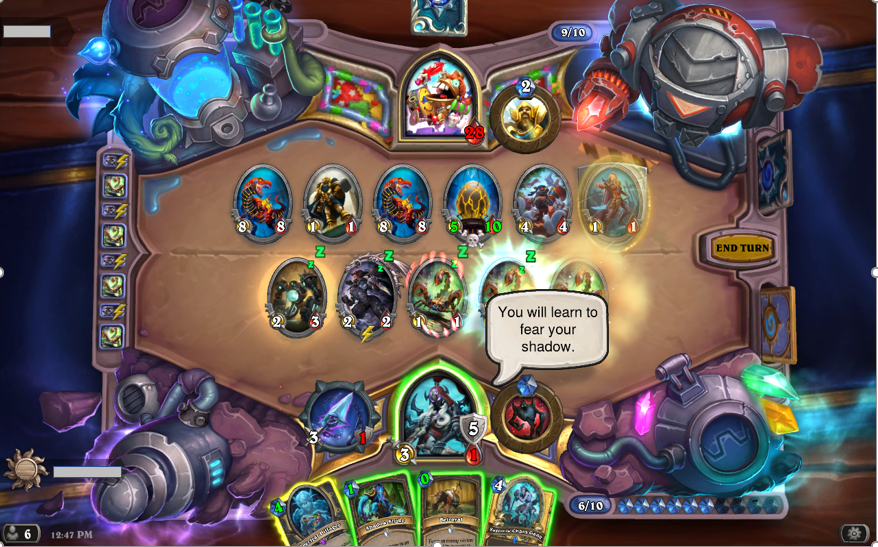 Versus the elusive post-nerf Pirate Warrior. Grinding them out of resources 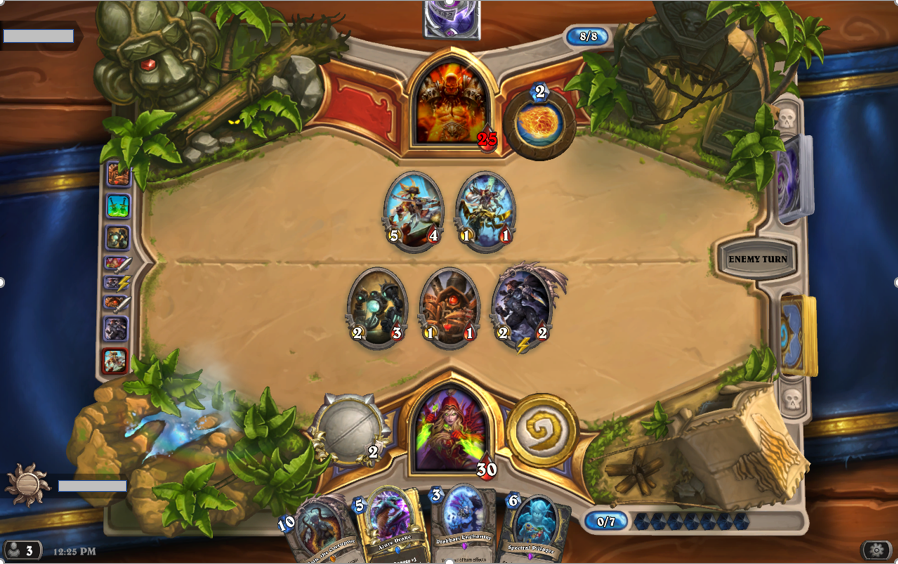 Versus an Odd Face Hunter 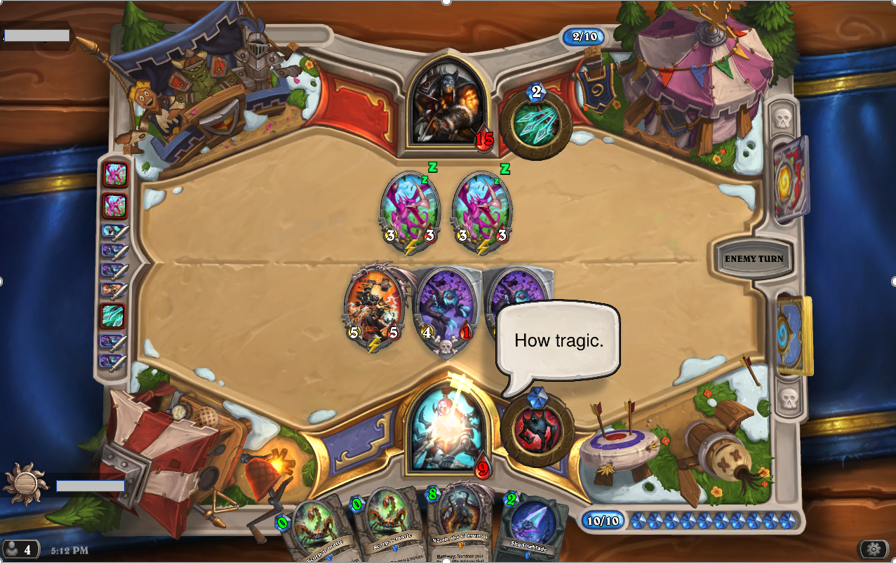 Take the deck into casual or ranked

Bear in mind this deck is 100% meme-approved so it is by far not the ideal ladder deck by no means, but it is pretty satisfying when you do pull of some wins in ranked play! 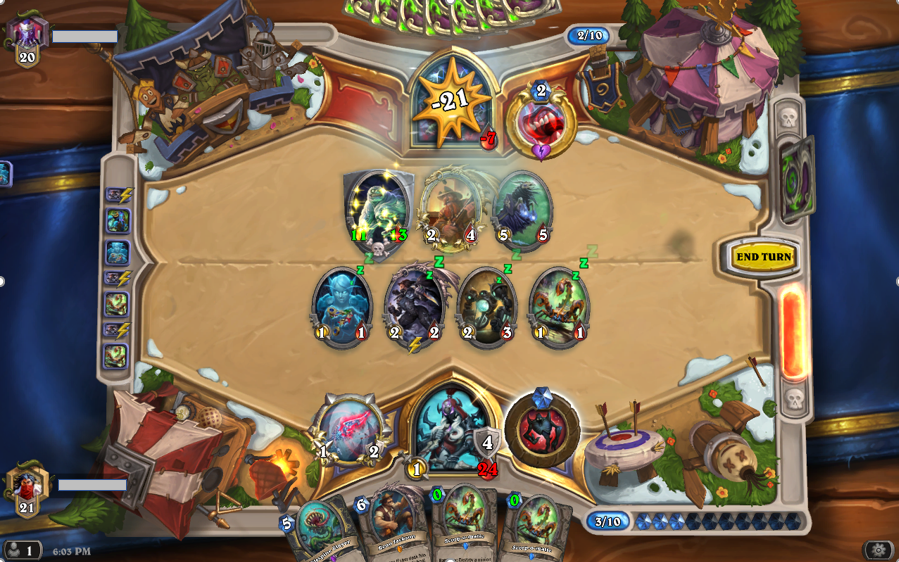 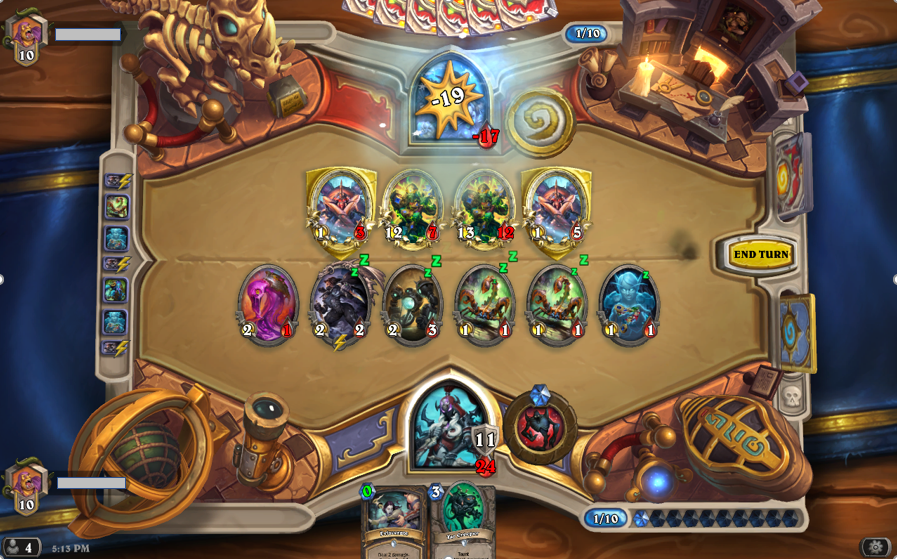 Playing around with my take on Hysteria's Infinite Nozdormu take on this combo during which I threw in Shadow of Death for easier execution of the bigger combo I found that it was a very decent choice to use in my version of the Nozdormu deck. Either way you're committing 9 or 10 mana whether using Enchanter or Shadow of Death, but the big upside is that you almost always get more mana discounts on the overall combo with the latter. Plus, it summons up to 3 5/5 bodies that your opponent more or less is forced to take out.

Added a small detail about saving Emperor to combo with Shadow of Death.