Wild Twistlock UPDATED for the Academy 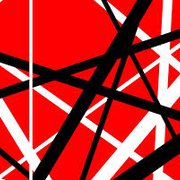 Hey Everyone!  Here's an update for Plot Twist Warlock!  Yep, it's still a MEME deck, so please DON'T CRAFT IT!

I really enjoy this one.  Sure it whiffs sometimes, but more often than not I have fun playing it.  And it does win some games out of nowhere.

I'm not going into details here.  The main idea is to play Dollmaster Dorian or Fel Lord Betrug and then Plot Twist.  Then, try to do it again.  Check out my previous Wild Plot Twist deck for most of the card explanations:

I took out the Skull of the Man'ari to make room for newer cards.

Sphere of Sapience feels great in this type of deck imo.  Not sure it's necessary though.

I heard that Kanrethad Ebonlocke is bad for this style deck, but he's fun.  I like having him in there, but maybe remove him if you're struggling.

I think Zilliax is good as long as there is a lot of aggro out there.  The deck just performs better with him.

I don't think Archwitch Willow is necessary, but she feels pretty good.  I'm keeping her in for now, but I wouldn't craft her...even after her buff.

Enhanced Dreadlords are just good.  I think they are better than Voidlords.  You could maybe cut one Voidlord.

Mal'Ganis is great.  Def run this card.  I'd craft him if you like these types of Warlock decks.

Colossus of the Moon - Prob makes the deck worse, but it can high roll you a win if your opponent can't deal with it.  Still, I wouldn't craft it.  Just run another Scrapyard Colossus or something similar.  Save your dust.

You can always put in Hakkar, the Soulflayer and Arch-Villain Rafaam.  They can help against Mecha'thun decks and Reno decks - once they draw one Corrupted Blood.

That's it for now.  Good luck out there!  I'll try to update soon (I just crafted Archwitch Willow.)