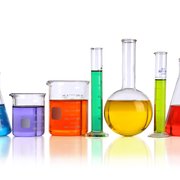 Little bit of backstory: I have been playing Hs since GvG and I made a personal goal to get to legend with a deck of my own creation.  I have basically played every expansion since GvG and gotten close but never over the top.  The ravages of Demon Hunter almost took me out of HS altogether and I took a two month break right before Scholomance released.  This break helped me a lot. I am 35 now and have been through a lot personally since I started playing. The break helped to clear my mind of bad habits and look at the game without knowing all of the Scholomance cards.  I threw an initial version of this deck together around the second week of September and to my surprise, it was doing way better than I thought it would.  I made some changes over many, many games and finally settled on a decent build that finally got me to legend for the first time.  I was ecstatic.  This is the creation.  I even got two compliments on this deck from players on ladder.

tl;dr Wanted to make a deck of my own creation get to legend for the first time.  Did it.

So, what does the deck do?  Why some of the odd choices?

Devolving Missiles - This card will basically be the difference maker in most games.  It disrupts opponents tribal syngeries (Pirates, Murlocs, Totems), and it a good card to use against Control Warlock and some combo decks.

1st Turn -Primordial Studies (if you don't have a Black Cat in hand and it's offered, take it)  Also, don't be afraid to take a high health, low attack Spell Damage minion.  Having it stay alive for a future turn can be a lifesaver.

The Kobold Stickyfinger is necessary to give you a fighting chance against aggressive decks such as Pirate Rogue, Spectral Cutlass/Kingsbane Rogue, Pirate Warrior, Demon Hunter, and Demon Warlock.

Notes: Don't be too greedy.  Jaina can be a lifesaver.

Feel free to experiment with substitutions with the following cards:

Take out a Flame Ward or Unexpected Results if you're seeing more control decks.

Cards that are good substitutions:

Cards that might be useful, but I didn't try:

Update: With the Evocation nerf, feel free to add a a Babbling Book or Magic Trick in.