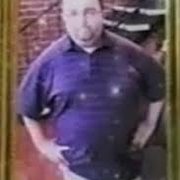 Edit 2/23:  This month I subbed out 1x Doomsayer and 1x Desert Spear for 2x Freezing Trap.  This was mainly to counter Ramp Paladin's Redscale Dragontamer, Pure Paladin's Libram buffs, and Weapon Rogue's stealth minions.  I chose to sub out the remaining Desert Spear because it was just a little too slow even with buffs from Parade Leader.

This deck remains my favorite for knocking out the 5 weekly ladder wins as the cards have great synergy and it doesn't rely on RNG outs.  However, my winrate is just above 50% against the meta so this probably isn't the deck to grind with after you exhaust your star bonus.  Case in point, I'm currently out of the bonus at Platinum 3 having only played this deck and don't think I'm going to push for Diamond 10 (grandpa legend) because I hate the feeling of playing for an hour only to end at the rank I started at.

Edit 1/15:  The most recent nerfs have resulted in a more polarized meta, at least in my neck of the ladder.  I'm facing more control decks with insane top-ends and endless clear cards (Guardian Druid, Big Priest, Big Warrior, etc.) balanced out by a swarm of Face Hunters.

As a result, the current version swaps out 1x Acidic Swamp Ooze, 1x Desert Spear, and 1x Claw Machine for a little anti-aggro from 1x Doomsayer, anti-control from Veranus, and more refill from Shu'ma.

I hard mulligan for Doomsayer against Hunter, but I'll also look for it to prevent snowballing against Pure Paladin's and Whirlkick Rogue's opening plays.

Veranus is great in the late game against things like Druid's or Warrior's Carnival Clown, Priest's resurrection shenanigans, and Pure Paladin's 8/8s.  If you find yourself in a control match-up try to save Unleash the Hounds to combo with Veranus.

And then Shu'ma helps with speeding up quest completion against control decks or refilling the board after one of their many full clears.

For now, I've left in 1 copy of Swamp Ooze because I still run into enough Evolve Shamans and Soul Demon Hunters that it's been worth it.  Can really be game winning in those match-ups and it's been handy against Paladins and Hunters as well.  I'll probably update this list again after some more time in the new meta.

Edit 1/1:  Swapped out Dwarven Sharpshooter with a 2nd copy of Acidic Swamp Ooze and Licensed Adventurer.  I took this version to Platinum 5 last season and would've pushed to Diamond 10 if not for holiday plans.

I think this is where I'll leave the deck barring any new revelations, but you should replace the 2nd Ooze with whatever tech card is best suited for the pocket meta you're facing:

Oh, and I changed the deck name as the menagerie dream turned more into a focus on deathrattles over time.

Edit 12/27:  Have been experimenting with swapping out Fishy Flyer and have settled on 1x Licensed Adventurer and Shan'do Wildclaw for now.  The Adventurer helps mitigate those games where your mulligan is all 6-drops, and Shan'do is more flexible than Veranus which was often a dead card vs aggro.  You can play Shan'do on curve to buff your 5 rush beasts, but you can also wait to copy a buffed Trampling Rhino for lethal or Zixor for a little more refill.

Dwarven Sharpshooter is the next, and most likely last, card to be re-evaluated.

Edit 12/26:  Swapped out Sphere of Sapience for Acidic Swamp Ooze given the number of Shamans and Demon Hunters I've been running into.

Next card under review is Fishy Flyer - the deck has veered away from being a menagerie after cutting N'zoth, and Fishy is the worst pull from Jewel of N'Zoth.  In control matches I've found myself longing for Veranus, and I may try 2 copies of Swamp Ooze if my match-ups continue as they have been.

I'm at Platinum 10 atm, but don't see myself updating this deck beyond Diamond 10 as I'm not a fan of playing against the archetypes they've reinforced the last 3 expansions.

Edit 12/21:  Really enjoyed running 2x Jewel of N'Zoth so I swapped out N'zoth and Shu'ma - an extra Zixor and Khartut Defender (or 2) really helped with control and aggro match-ups respectively.

The next card on the chopping block is Sphere of Sapience.  May go back to Tracking, but also considering Carrion Studies (downside is hurting Jewel consistency), Licensed Adventurer as it helped get out the 6-drops in an earlier iteration, Flare or Cult Master for some more draw (ran into a bunch of secret decks today but not sure if that's typical), teching in an Acidic Swamp Ooze for weapon destruction against Shaman/Warrior, or even Doomsayer to regain the board after losing tempo on Turn 1.

This is what I've used to have some fun on the ladder while knocking out the 7 Ranked Wins quest; it's still a work-in-progress (haven't played much of late so just got to gold 10).

The deck is built around Rush minions that are buffed by Parade Leader early and completing the Quest late.  You win by controlling the board and chipping away before a final burst from a buffed Trampling Rhino or Unleash the Hounds.  In addition to Parade Leader and the Quest, you can buff the Rhino via Scavenger's Ingenuity and Claw Machine.

There are some nice menagerie Rush cards like Fishy Flyer and Claw Machine, so I ended up including N'Zoth, God of the Deep as a late game refill.  However, you often end up pulling a 1/1 beast from the weapon or Locusts, and the 2/3 pirate (Sky Gen'ral Kragg) is pretty weak too so I'm reconsidering N'zoth atm.

Earlier iterations included Evasive Wyrm which made for a stronger N'zoth, but I've since cut him for Khartut Defender given all the Demon Hunters I was running into.  As a result, I think Jewel of N'Zoth may be the better inclusion as its targets are stronger and you can buff your pulls at 10-mana.

Instead of Sphere of Sapience you could run Tracking.  I used to run 2x Tracking but in control matches I actually found myself running out of cards as you have draw from Questing Explorer, Scavenger's Ingenuity, Diving Gryphon, and Claw Machine.

Shu'ma was also a recent addition for control matches where I needed a little more refill.  Jewel of N'Zoth would be a nice alternative as you have a high chance of getting another Zixor, Apex Predator...feel like I'm talking myself into Jewel more and more, haha.

Earlier iterations also had Licensed Adventurer which helped with getting the numerous 6-drops out if you have bad luck with your curve...just couldn't find room for him in the current version.  I also tried out Clear the Way, but it felt too slow against the current meta.

I'll keep updating this as it gets more refined, until then...