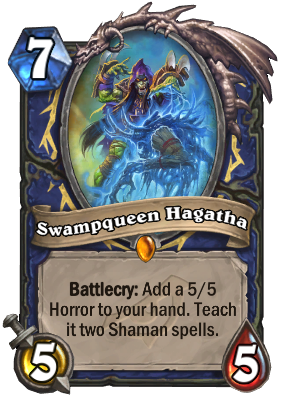 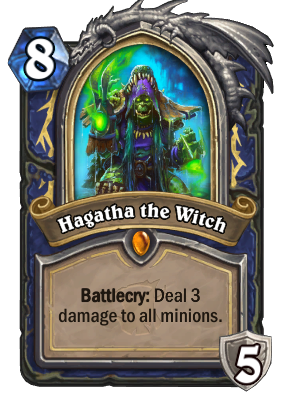 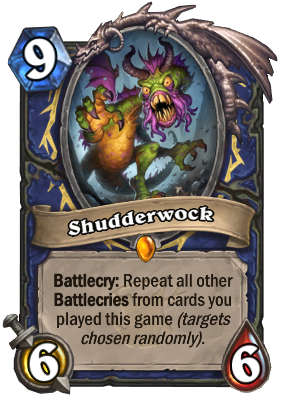 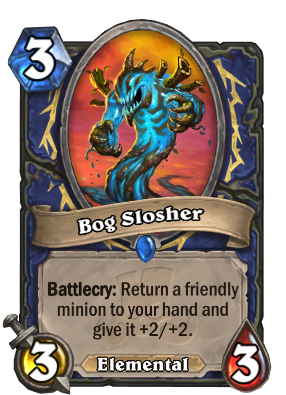 This month I decided to play some ranked after a long hiatus and I needed a good deck that is fun and control style. Since my ranked Shaman wins are the only class below 1000 wins I've chosen this class to go for it. As you can see, this deck has just 4 neutral cards and the rest are all Shaman cards, so for the Shaman control deck lovers out there, this is the deck for you to climb in the current meta!

The first version of this deck struggled (surprisingly) a bit against Big Shaman (Muckmorpher/Eureka! etc.) and after changing some cards the deck went from 0% winrate to 57% winrate against Big Shaman. Starting the climb from Rank 20 to Rank 9 - 3 Stars I only met Big Shamans, no Murloc Shamans or other Shudderwock Shamans. The climb was done on EU servers, the hardest of the 3 realms of Hearthstone to climb (especially from rank 20).

Tough matchups are Hunter, especially Spellhunter when they have an insane Zul'jin turn. The RNG of Zul'jin decides if you win or loose this game, even if you were ahead the game all along. The swing Zul'jin can cause is insane and even worse than those swing turns the un-nerfed Yogg-Saron, Hope's End did, so maybe Zul'jin might be a card that needs a nerf soon, especially when it comes to wild format this is very much needed. Hunters were the most class I met during this climb. You need to have 1 Hagatha's Scheme high and ready after they played Zul'jin, otherwise it's a loss. On the other side: Mech Hunters are quite easy with this deck and this is represented in the winrate: 13-9 (59%). And you guessed right, all 9 losses were against insane Zul'jin swing turns.

Bomb Warriors were the second most matchup but although this matchup is very grindy you eat Bomb Warriors to lunch with an insane winrate of 80% against them! You outheal all the bombs and are very well prepared with Archivist Elysiana against fatigue damage.

The games vs. Zoolocks are at 50% winrate (3-3) and mostly decided by the mulligan and if they have the Grim Rally very early or not.

The same goes for Token Druids with Soul of the Forest, but in this case I was lucky with a 60% winrate.

Priest is a free win, haven't lost a single game to this class.

All in all the deck has a 65% winrate in the current meta:

If you are a streamer and play this deck (or a modified version of it) on stream please give credit! Thanks!

How to play this deck and some tipps:

- Mulligan for Sludge Slurper, Witch's Apprentice, Menacing Nimbus and Bog Slosher. Keep 1 Hagatha's Scheme if you get it, especially against minion heavy decks.

- Bog Slosher is the hidden star of this deck, with the cards mentioned for the mulligan you can have a very, very good early and midgame. If you have The Coin you can save it with a Bog Slosher for a turn 10 combo with Walking Fountain. Most opponents concede if they see a bounced 6/10 Walking Fountain in your hand representing a double minion removal with an additional 12 heal points. You play Bog Slosher over Youthful Brewmaster because of the Buff (for bounced Lackeys/Witch's Apprentice/Menacing Nimbus) and the elemental tribe to activate Elementary Reaction (if needed)

- This is a very control style deck and with your expensive late game cards you could have some hand size issues, especially when you are already in Hagatha Hero form. Don't worry about it, as long as you have your Shudderwock, Swampqueen Hagatha and Archivist Elysiana in your hand it's ok to overdraw a card, especially when there are bombs in your deck

- Almost every deck plays Zilliax which is the reason why there is The Black Knight in the deck.

- Use Krag'wa, the Frog to create additional Earth Shocks and Hexes

- The same goes for Swampqueen Hagatha, either choose removal spells like Earth Shock and Hex or cheap walls like Feral Spirits or Rain of Toads. In combination with Bog Slosher and the created card from Swampqueen Hagatha you have a ton of removal potential.

- In all those long control style games there will always be a "breath refresh turn", this is where you play a lot of Witch's Brew to heal up. Against Bomb Warriors it can help to create additional Witch's Brews with Krag'wa, the Frog

- Shudderwock is used as a fire and forget card in this deck, you can play it every time, even if you only need one battlecry from a card you have played before, don't bother if you overdraw a card, just make sure you already have Swampqueen Hagatha and Archivist Elysiana in your hand

- I'll add more here after I got some feedback

Check out  my stream to watch me playing this deck. At the moment I do not stream that much, so follow my stream to get notified when a show starts.