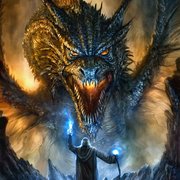 This deck can beat tiller otk decks easily while still being good against many other decks in the meta.  It has an aggressive gameplan with secret synergies that can create tempo swings and huge boards.  The part of the deck that techs against the tiller otk is good against other decks too, so this is a good deck to use if you want to counter tiller decks in the meta while not losing a lot of winrate elsewhere.

The way this deck can beat the tiller otk easily is through 5 different ways:

1.Create large boards and rush them down before turn 6.  This deck is aggressive and can create large boards early with Petting Zoo and Lesser Emerald Spellstone, and if they don’t draw removal for it you can win before the combo turn by going face and using weapon and hero power damage.

2.Freezing Trap: Try to play this secret, which you have 2 copies of, when you have board control (which should be easy because tiller decks have few large minions).  When your opponent tries to do the combo, their Wretched Tiller will be sent back to their hand after just one attack and the combo will be ruined.

3.Snipe: If you have this secret as they are doing their combo and play Wretched Tiller, it will be destroyed and their combo will be ruined.

4.Desert Camel: This minion can pull out Wretched Tiller from their deck so they cannot execute their combo, if they have 2 tillers and it pulls out one it’s still good because now they only have once chance to combo and you can stop it easily with your secrets. This card is good even in non tiller matchups as it can pull out your Intrepid Initiates and Secretkeepers, and you can try to use it twice to pull out both tillers if you draw both camels in time.

5. Swamp King Dred: If you can get him to stick on the board, which is possible as many tiller otk decks run limited or no hard removal and may use up removal on your early boards, the opponent cannot combo as when they try to play Wretched Tiller to do the combo, Swamp King Dred will attack and destroy it.

You have Secret Plan and Rinling's RifleBADCARDNAME to generate extra copies of the secrets that can ruin their combo, Freezing Trap is the best choice if you get it.

Against non tiller decks and in general, the gameplan for this deck is to simply play secrets to activate your synergy cards, generate large boards with those synergy cards, and if necessary use Deathstalker Rexxar as a long term value win condition.