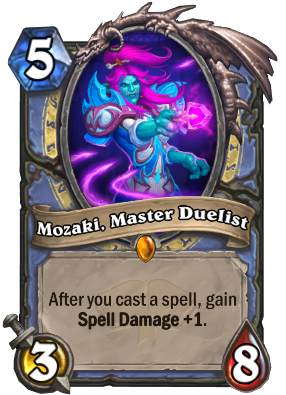 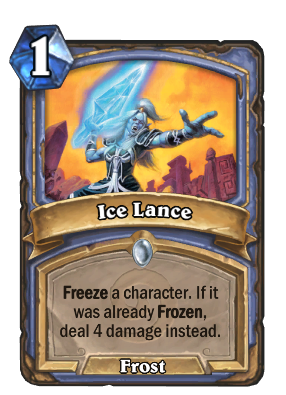 The deck functions as a mix of old Tony Exodia and Quest. It doesn't have infinite damage, but it can go up well beyond 30. And it bypasses taunts, so stuff like Big Priests are actually favored matchups.

On the other hand, Aggro and Secret Mage is obviously unfavoured. However, Kingsbane is even or actually favoured, because you can often deal with their board.

The OTK happens around turn 7-8 (even earlier if stars align properly), and it can start even if you do not already have all the pieces in hand - as long as you have Mozaki, card draw (preferably Cram Session, but not exclusively), and some floating mana available.

Also, don't forget to check the opponent's hp at all times, as you might not even need the full OTK to kill them!

The deck is infinitely more solid than its Standard counterpart thanks to Ice Block and Ice Lance.

Research Project is a very good card, but try not to use it on curve, as long as you can do other meaningful plays.

Pay attention to self-mill and overdraw while using Cram Session: use it with the optimal amount of upgrade, not randomly!

Lorekeeper Polkelt is basically there to set up lethal next turn or the turn after by granting you Mozaki before it is too late, but don't play him unless you are sure he sets the rest of your deck in a functional order for victory. So keep track of what you play, especially about mana floats.