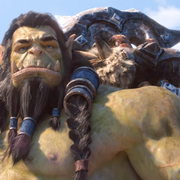 This deck is a long sleeper. It fully unravels its potential after turn 7 with powerful combos such as Plot Twist and Dollmaster Dorian. So in the beginning it's mainly important to stay alive and prevent opponents to gain too much board control with giant minions known from Mech Paladin or Mech Priest.

Agains wide aggro decks like Token Druid or Murlock Shaman board clears and many taunts help you to stay aboard. Leave Doomsayer as early as possible delaying a turn you can make use of soon. Agains current warriors - well, simply wait with them until they make a wrong move or you have a combo set up.

Clear the board if you can with Hellfire and silence stacked up mechs with Spellbreaker.

Since your handsize will usually be quite large,  dropping a Mountain Giant for some early pressure is quite useful. It will most likely not be the game winning card, but it will force your opponent to deal with. Use it to buy more time for later.

Depending on the matchup you shouldn't need to worry about your health too much. If playing agains other control decks you probably have full or close to full life. If playing against aggro you might suffer a little but the mid game is there to fill you back up.

Aranasi Broodmother is always great for this. If not totally necessary keep her in hand to shuffle her back into your deck with Plot Twist. Possibly even multiple copies with Augmented Elekk. Though, don't be afraid to simply drop Augmented Elekk if needed. You got a second copy and it's a card your opponent will want to get rid of as soon as they see it.

The mid game is where you want to change the board dynamic to your advantage and gaining control. Turn 7 Plot Twist plus Dollmaster Dorian, with The Coin even turn 6, you establish a wide board filling it with nice taunts: Safeguard and Rotten Applebaum heal you up and leave larger bodies behind. Mechanical Whelp will give you a nice body for Zilliax that otherwise has many more opportunities to dock on to. Gaining a lot of life has not been a problem for me yet.

You should be in control of the board by now. Now, Fel Lord Betrug is you main man. With him and Plot Twist it should be easy to not only clean the board at least once but also leaving strong bodies behind when growing whelps and proud fathers (Cairne Bloodhoof) are replaced by there kin.

If your opponent is set up too wide, Twisting Nether can be a nice forerunner of any combo this deck has to offer.

Now, I haven't mentioned The Soularium yet. That's because it is a little risky. in the Early Game it's mostly a dead card. You won't have any cheap minions to get off it. In the Mid-Game or better the Late-Game it can be a very powerful swing though, that either gives an immediate second effect for Dollmaster Dorian or may help changing a bad board situation for the better. Playing it at the right time I made really good experiences with it so it's definitely worth keeping.

Definitely keep Doomsayer and any copy of Hellfire. A copy of Mortal Coyle is a nice to have as well. You want to keep the board clean as long as possible. Also Bloodmage Thalnos may help but it's not a strong start. Since the early game is the toughest part you might even want to consider keeping Zilliax for some support and life gain in turn five. Not the best to keep in all matchups though. Again it's the late game where we will shine!

Even though most aggro decks don't run weapons, keeping Acidic Swamp Ooze presents a solid vanilla body for 2 mana. It's the best (and only) early minion that can help maintain a board. Same goes for Augmented Elekk. Though not as good as any board clear these guys can do their part.

Doomsayer/card] is still a safe keep. Either it may mess up just nicely set up board or block a spot in your hand. In this deck it mostly supports the Early-Game. The most important cards to keep here are Mountain Giant and Speelbreaker to put pressure on the board and counter any magnetic magic. Always mulligan Aranasi Broodmother. We need her heal effect throughout the game. If drawn through Life Tab she makes up for two uses of your hero power. That's quite nice!

Against any Mecha'thun deck: Good Luck! Put as much pressure onto the board as possible and go face. Probably always, but to be honest, this is a tough one. The most prominent might be Mecha'Thun Shaman (introduced by player Dog) or Mecha'thun Warrior. I am gonna post my list of the Shaman version later. It's also a lot of fun to play.

Here some combos to safe your cards for:

3 Mana: The Soularium + Plot Twist Will fill your hand right up and cards shuffled into your deck from The Soularium won't be discarded in the end! Also each time you use Plot Twist you potentially heal at least for 4 through Aranasi Broodmother. An Augmented Elekk supports this a lot!

5 Mana: Augmented Elekk with Plot Twist (and maybe even another Plot Twist in hand) will fill your deck with more powerful minions.

Early Swing on Turn 6: Dolmaster Dorian and The Soularium is a desperate temp swing. Though you lose 3 cards their 1/1 copies hopefully inherited nice deathrattles.

Turn 6: Augmented Elekk. Hopefully it sticks but it might just get destroyed. That's not too bad though, since it will leave one less counter for the next card in turn 7: Dollmaster Dorian! He + Plot Twist will fill the board with baby version of your powerful deathrattle minions. Hopefully Doomsayer is not amongst them.

Turn 10: Fel Lord Betrug + Plot Twist - this will be the main combo to aim for giving you a solid board clear and leaving a full board and full hand behind. What else would you want?

Another expensive Fel Lord Betrug combo might be Oondasta with itself, since it will most likely overkill and you'll get the 'real' one for free that might get other cards. If you exchanged Batterhead with Amani War Bear for example you might get another big beast with rush out there. BUT this is a very unlikely combo and only worth considering if you run into a lot of control heavy decks or for memes.

1x Augmented Elekk for Spellward Jeweler is top against aggressiv decks and may buy some extra time. But it's not much help agains big boards or an earlier silence by Ironbeak Owl.

Dollmaster Dorian: Even though it's a key card to many combos of this deck, it's not very helpful during the early stages of the game. Big Game Hunter is another counter for large minions that might be a good fit here.

Batterhead is an amazing board clearer agains aggressive decks but otherwise a big body that doesn't do too much harm. You could change it for an Amani War Bear.

Da Undatakah for Deranged Doctor is valid change if you're facing more aggressive decks. As powerful Da Undatakah's possible deathrattles are, they also come late and agains fast decks he might end up as a dead card in your hand.

TBH there's no real budget version of this deck. It loses much of its grip when you get rid of all the big guys. If you're f2p and just want to rank on ladder this might not be your deck, however I am between rank 6 and 5 with it atm.

Hope you enjoy this deck as much as I do. Leave your opinions in the comments!