I must say, I'm in love with Dragons. After the gathering of Green Dragons, it's time to unite the Blue Dragons under the leadership of Medivh. So, get ready to witness the power of Reno Dragon Mage and unleash the Dragon's Fury with Kalecgos.

In order to understand how to play this deck, we need to learn how to fight against certain archetypes: 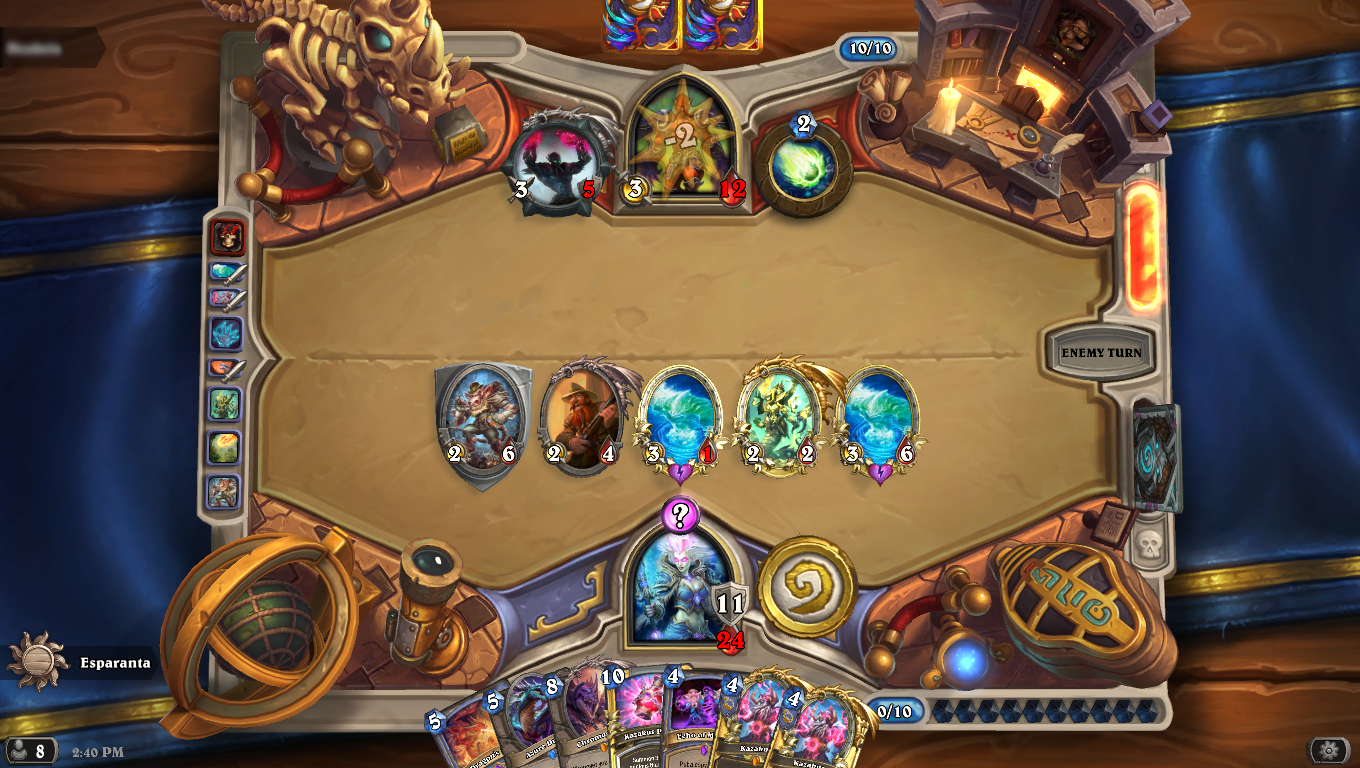 That's how you fight against your enemies. Now, check which cards you don't have and swap them with these cards mentioned below if needed:

If you want to ask why, here are my reasons:

That's all folks! If you have any questions, ask me anytime. Have fun in Wild format!