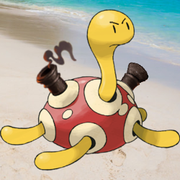 Sergeant Sally stepped through the door into Barista Lynchen's bustling cafe-cum-pub. The speed at which she had got it up and running here in Gadgetzan after Dalalan fell to the League of E.V.I.L. made Sally suspicious right from the start, but right now the gnome was working on the case of Gallywix's 'banana' joint across the street and she could use a helping hand.

She made her way past the tables of nattering, mostly forsaken customers and clambered up onto a bar stool. "They're really not made for gnomes are they?" chuckled the Friendly Bartender, only to have Sally roll her eyes and quietly request an audience with the manager.

The arrival of Mel Lynchen was accompanied with the recitation of a long and complex order that Sally didn't want to decipher. "What can I get for you?" she asked politely as her hands whizzed around putting the customer's monstrous drink together. "Your manager" Sally answered curtly. Mel's hands stopped dead. "But I am the-".

Sally rolled a Counterfeit Coin across the counter, cutting Mel short and making it clear she wasn't going to be able to talk her way out of it. "Look, I'm not here for you. I just want to talk to the old Mayor and... maybe get some of whatever it is you just put in that coffee." With a professional if strained smile, Mel obliged, guided Sally to the door to the kitchen and said "You may want to hold your breath."

As soon as she stepped foot in the kitchen Sally coughed. She had expected to do as much - after all Chef Nomi was well known for making sure his steaks were very well done - but this was no ordinary smoke. Glad of the gas masks hanging beside the door, she put one on and waded through the Violet Haze in search of Mayor Noggenfogger. After bumping into Nomi as he bumbled around and a Cloakscale Chemist as he, well, stood there invisibly, she finally found the boss.

"What? Can't ya see I'm busy here?" the goblin answered coldly. "Oh, its you. Long time no see. You shoulda have ya flashy lights goin'. Buuut, if ya aint usin' 'em, I could buy 'em from ya. We could use a little extra light in here."

"Um, no. I'm actually wondering if you have anything to make my pepper spray a bit more... potent."

"Hmm. Well, you've come to the right place, but I can't just hand this stuff out. What's in it for me? And how potent are we talkin'? I mean the more potent the more its gonna cost ya."

"Why didn't ya say?! Those guys have been stealin' all my business since they got here. Like there's no way their stupid bananas are better than my elixirs." Clearly the mayor was grumpy as he muttered goblin curses under his breath, before moving on to explain the state of the kitchen: "I've had to call in help to perfect my recipe. I started with Mojomaster Zihi but she only held me back. Xaril, Poisoned Mind has been helpful, but Myra Rotspring, talk about potent. A little obsessed with death but hey, whatever makes money right?"

"Relax, I have Myra's complete assurance it's perfectly safe. Besides, worst case scenario is ya whole life flashes before ya eyes, but that's like as alive as ya can get! Anyway, how much do ya want? Ooh, tell ya what, take this Necrium Blade. Break it whenever you use yer little, what was it, pepper spray? Whatever, break it then and I promise you'll knock 'em right out. I've seen Wild Pyromancers take out entire armies with this stuff. No need to thank me." His gas mask hid his mouth, but it was obvious the goblin was wearing a massive smile beneath it as he sent Sally on her way.

No longer sure what side of the law she was on, Sally exchanged a knowing glance with Mel as she left the building and faced the facade of the Bilgewater Banana Company's Gadgetzan branch.