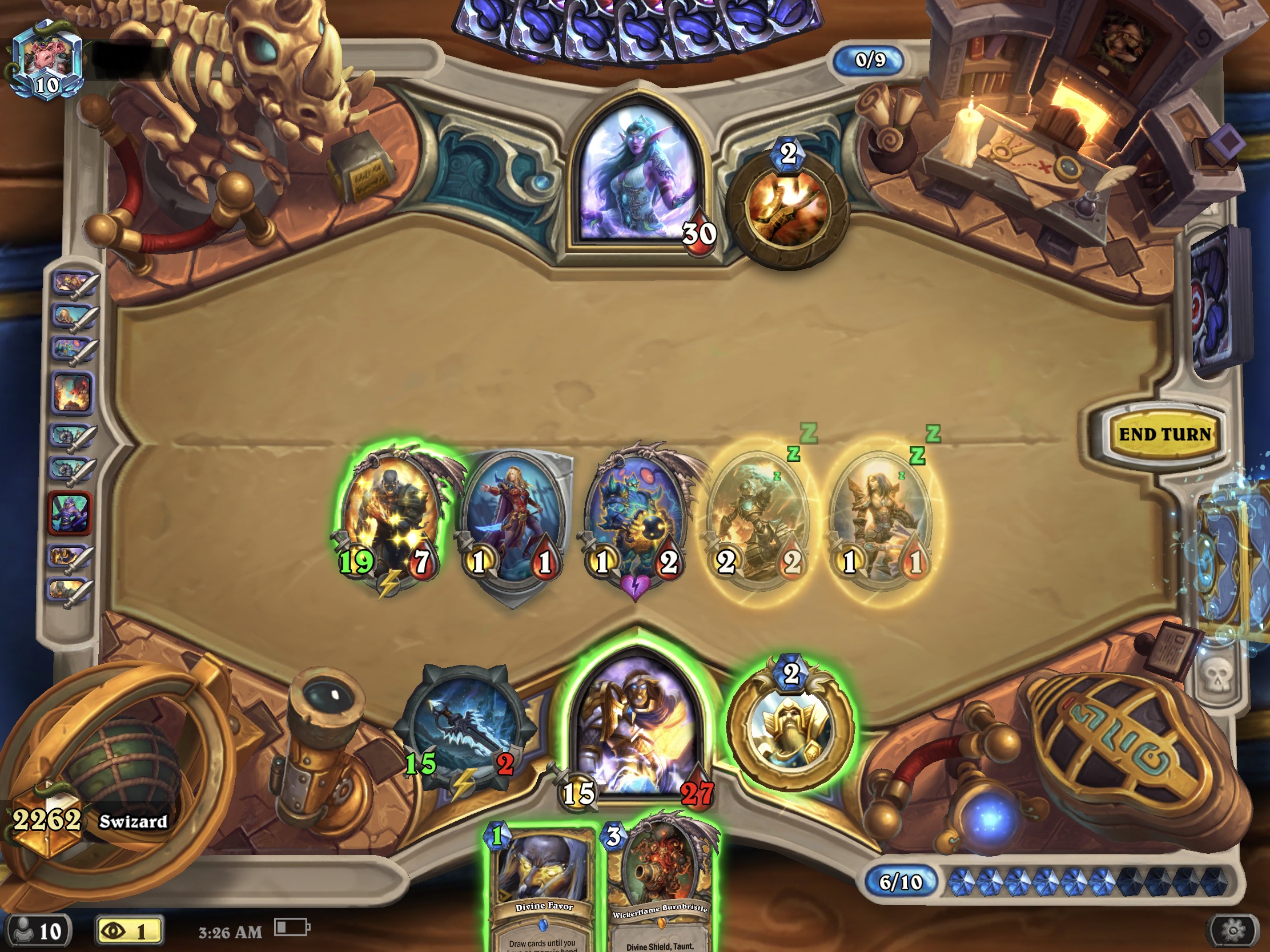 In honor of the wild bans and nerfs that made it a lot more fun to play again, I decided to finally post one of my favorite paladin decks ever. I've been refining it for over 4 months, and it has so many cool synergies and incredibly enjoyable cards to play with. A lot of legendaries and epics that are really fun but rarely seen actually work really well in this deck and make for very memorable moments, such as in the highlight picture above. Back in previous expansions, it even had above 50% winrate in diamond. However, in the current meta where it's mostly pirate warriors and odd hunters, I don't know how good it will be if you want to climb to Legend, but it can definitely be a ton of fun in casual and lower mmr.

3. Mulligans - Some tips for the mulligan.

4. General Tips - General tips on playing this deck and card interactions to watch for.

5. Card Choices - Some insight about the cards included in this deck.

Divine Shield Paladin is an aggressive midrange deck that uses divine shield synergies to create advantages both by having strong minions on board and buffed Light's Sorrow weapons with high attack which often find lethal with over 30 damage over a few turns even if your board has been cleared. It has powerful board fill tools that work on turn 4 including Call to Arms and Rally!, creating sticky divine shield boards that can then be buffed with Conviction (Rank 1) turn 5. The deck has plenty of lifesteal and taunt options against aggressive decks and The Glass Knight which synergizes very well with them, and has Divine Favor for refill against control. It has Blood Knights which can create huge threats early on that certain decks are just unable to deal with, Bolvar, Fireblood as another potential snowballing threat, and the new Highlord Fordragon who buffs divine shield and lifesteal minions in your hand for an extra strong effect. Finally, the deck has Murgur Murgurgle as a legendary of note, where Murgurgle Prime is amazing both as a standalone finisher and because he generates 5 divine shields to use with all your other divine shield synergy cards.

Taunts and lifesteal are consistently available.

Generating huge weapons to win even after board control is lost or against a control deck that clears your boards each turn.

Great at keeping up pressure from the early game into the late game.

Inconsistency of turn 1 unless you have the coin.

Weak to weapon removal and large boards of taunts.

Lack of direct removal to stop snowbally minions that don't care about lifesteal or taunt.

Against aggro: You want to get on board early, Call to Arms is very powerful and so is Rally!. Many aggro decks lack hard removal so a huge Blood Knight can win games by himself. In general you can keep fighting for the board well with divine shield minions as they are great for trading, and stalling with lifesteal and taunts. While doing this you can keep having a Light's Sorrow being buffed up and eventually use it to either get board control and run them out of resources or go face and win.

Against combo: Push face damage as fast as you can, Conviction (Rank 1) is a key card for getting early game burst and a huge Blood Knight can be game winning here too against many combo decks with low removal.

Against control: Control matchups are about pacing yourself on board while building up Light's Sorrow which will eventually go face and win on its own even if your boards keep being cleared. If one is removed try to buff the other one as fast as possible. Your minions do have divine shield so sometimes they are tougher to remove for certain classes of control with AOE clears, and in those cases Conviction (Rank 1) can help you push a lot of face damage for lethal. Finally, control has removals for Blood Knight so don't go all in with him.

Divine Shield Paladin is a very balanced deck in terms of having anti aggro tools, board generation, weapon damage, and card draw. It also has a lot of snowbally and highroll cards which generate a lot of value or attack.

Always keep Call to Arms, 2 copies is even better.

Always keep one copy of Righteous Protector for a turn 1 play.

If you don't have any Righteous Protector keep a 2 drop, preferably either Murgur Murgurgle or a Shielded Minibot.

Keep Goody Two-Shields if you have a one or two drop in hand.

If you have both a Righteous Protector and a Goody Two-Shields, keep Rally!.

Keep one copy of Light's Sorrow unless you have no 1 or 2 drops in hand, in which case you should mulligan it away if you are versus a class with mostly aggressive decks to try to look for your early game or board power cards like Call to Arms.

For 2 drops, if you're in a slower matchup, it's sometimes better to not play 2 drops other than Murgur Murgurgle before using Rally! so you can get extra copies of Murgurgle Prime in your deck.

You can play Zilliax on Shielded Minibot as a turn 5 play after Call to Arms.

Don't be afraid to use Conviction (Rank 1) before turn 5 on only one minion if it means you get a great trade or get to remove a dangerous minion such as a Ship's Cannon.

Use taunts to protect minions that keep generating value such as The Glass Knight, Bolvar, Fireblood, and Highlord Fordragon.

You can use a Blood Knight to pop divine shields the turn you summon minions. This can be very useful to get a burst of damage from something like Bolvar, Fireblood or Light's Sorrow or to activate Highlord Fordragon's effect multiple times.

Remember that Blood Knight works on your opponent's divine shielded minions too.

Keep in mind that when a divine shield minion is silenced, it still activates your synergy cards that care about minions losing divine shield.

Sometimes it's better to start going face with the weapon while its attack is still relatively small, if you see an opportunity to lethal in the next several turns start being aggressive with it as it keeps on being buffed. Also, in some matchups against decks with no board clears you can use it for board control and then win with your minions. However, it's also important to avoid rushing using the weapon in matches against slow decks where you're not in danger of losing within several turns. In those matches, hold the weapon for a while until it is very buffed and you are sure it's going to give lethal within a few turns even if the opponent has some healing. 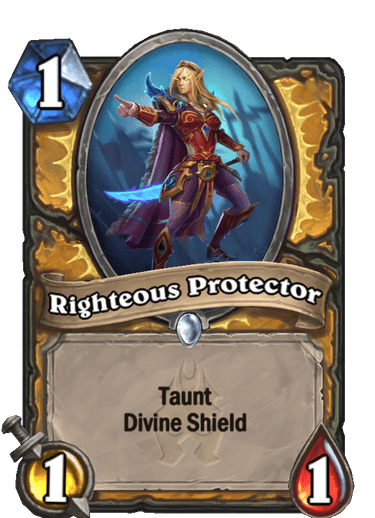 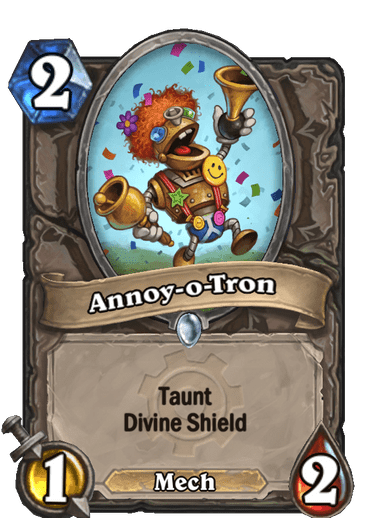 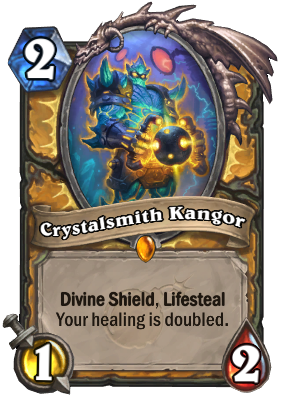 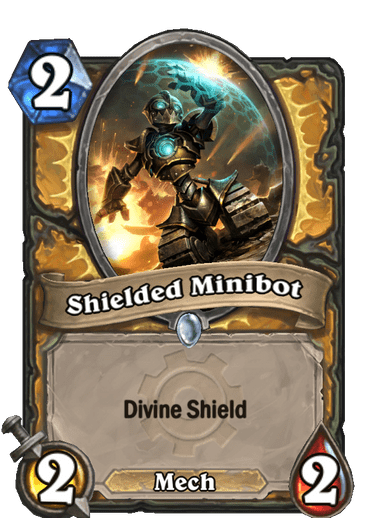 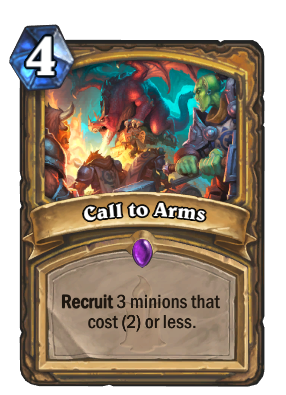 Call to Arms is a very powerful card in this deck. It will generate a board of 3 divine shield minions while also thinning your deck of 3 low cost minion draws. Most of the minions are 2 drops, the only 1 drop is Righteous Protector which gives you a turn 1 play and is pretty good even pulled from Call to Arms. This is great by itself as a board of minions, but it also has extra synergy with other cards in the deck by being a very sticky board due to having divine shields, meaning you can often have a powerful turn 5 play of either Conviction (Rank 1) that hits 2 minions or dropping  Bolvar, Fireblood who can start growing his attack while being protected by taunts such as Righteous Protector or Annoy-o-Tron. 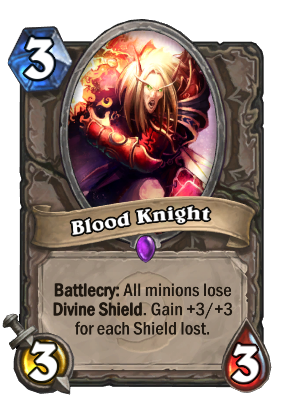 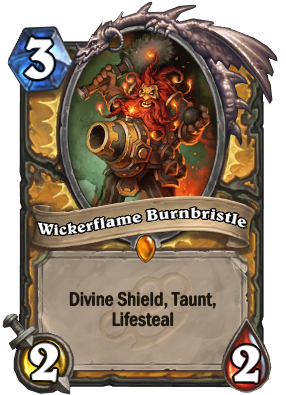 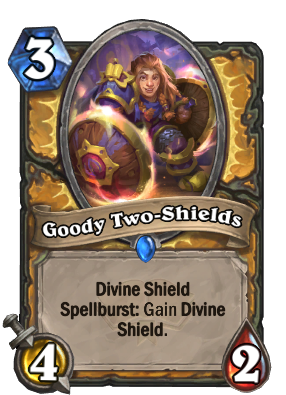 These cards synergize with Rally!, which will resurrect a 1, 2, and 3 drop. It's a great play after Call to Arms and as a board refill tool around turns 4 and 5 in general. For 3 drops, it's better to try and get Wickerflame Burnbristle or Goody Two-Shields but even Blood Knight is ok as an extra 3/3 body on the board. 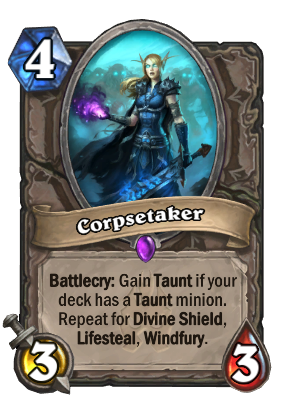 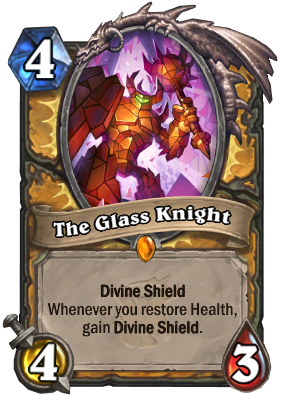 Lifesteal cards are great in general as anti aggro and anti burst tools. In this deck in particular, The Glass Knight has a huge payoff from all these lifesteal cards where he can keep gaining divine shield many times over the course of one game. Crystalsmith Kangor is great since it has both divine shield and doubles your healing, which can save you in near loss scenarios. Finally, one thing to note about Zilliax is you can magnetize him onto a Shielded Minibot. 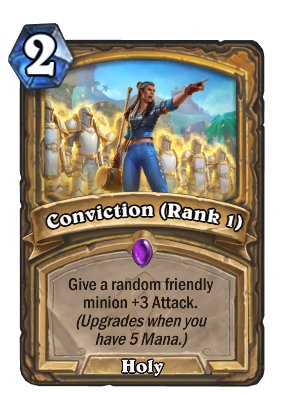 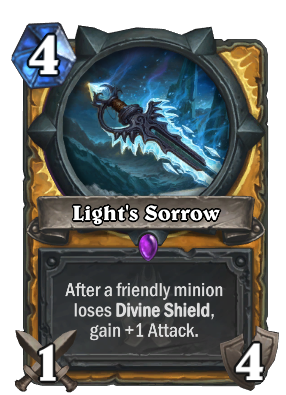 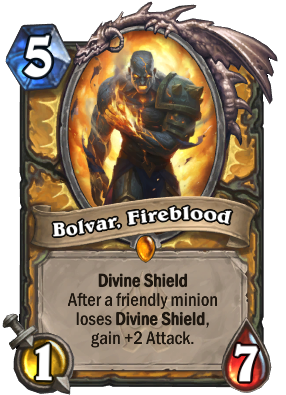 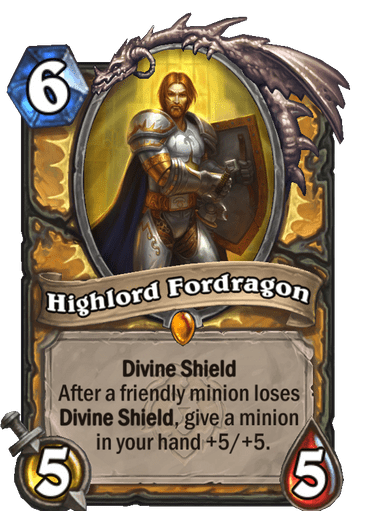 These cards all have extra synergy with divine shield minions. Conviction (Rank 1)'s attack buff is extra good on divine shield and lifesteal minions. Blood Knight can generate a huge threat for only 3 mana and pop your divine shields the turn you summon them which can be relevant for other synergy cards such as Light's Sorrow. Bolvar, Fireblood can snowball attack quickly and be very powerful for value trades or pushing a ton of face damage. Highlord Fordragon is amazing as he can lead to a lot of buffs, and those buffs are going to be extra powerful on your divine shield and lifesteal minions.

Finally, Light's Sorrow is the strongest payoff for divine shields as it can be a win condition all by itself. Due to the sheer number of divine shield minions you have in the deck, extra divine shield minions generated from Rally! and Murgurgle Prime, and the gaining of extra divine shields from Goody Two-Shields and The Glass Knight, it can gain attack very quickly. Playing it on turn 4 into Call to Arms and Rally! turns 5 and 6, for example, means you can have a 7/4 weapon in just 2 turns. Over several turns, you can easily buff it to over 10 and even over 20 attack. This is one of the most fun and powerful aspects of this deck. 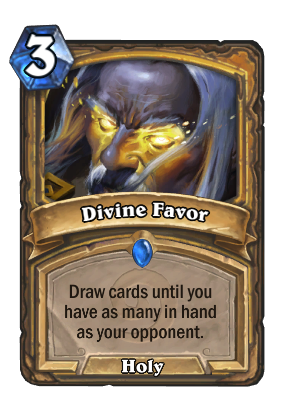 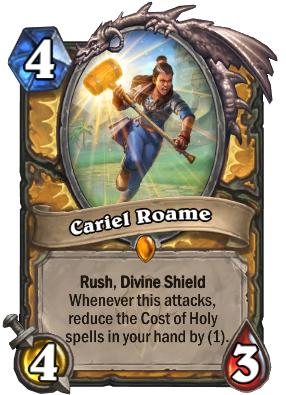 Cariel Roame is a great legendary which in addition to having divine shield and rush reduces the cost of these spells. These are all really powerful spells in this deck, either for board buffs, very efficient card draw, or board generation.

Overall, this deck is packed with divine shield synergy which can lead to very powerful turns and can ramp up both minion and weapon pressure over time. For me, the joy of playing this deck is seeing how Light's Sorrow grows to epic proportions, and having great moments with all the minion based divine shield synergy. It's a deck that uses a lot of old epics and legendaries which is great if you have them sitting in your collection and want a fun deck to play them in, however if you happen to not have any specific legendary cards, let me know and I can suggest a substitution. Hope you enjoy the deck, and write any questions or comments below!