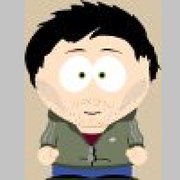 The original seed of this deck is a combo going all the way back to obscure Shaman decks from GvG days: Ancestral Healing + The Black Knight + Injured Blademaster. Getting a 4/7 Taunt for 3 mana or an Assassinate effect + a Chillwind Yeti for 6 mana are powerful plays, worthy of two-card combos.

I've always wanted to bring that combo back to light of day.

Now, maybe Saviors of Uldum gives me that opportunity. Taunt hate, after all, nicely counters the greatest weakness of Mortuary Machine, which I think has some potential to be a powerhouse in the legacy of Fel Reaver and Bittertide Hydra.

So the rest of the deck followed:

I was torn about whether to squeeze Corrupt the Waters in, as there are a fair number of Battlecries, but I decided against it because most of them aren't great to double. (*cough Injured Blademaster/Tol'vir cough*)

Like most Shaman decks, this could use more card draw, but I struggled to feel like putting in Loot Hoarders or whatever was worthwhile.

This is one of my more off-beat ideas for this expansion. Leave a comment with what you think!