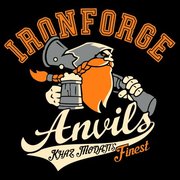 Bringing this deck back for another round of chess!  Posted this on a different Hearthstone forum site about 13 months ago, turns out it's still PRETTY GOOD!

This deck is pretty straight forward.  You basically just manage the game and try to have a large board of minions.  Then you play Wailing Soul followed by various buff cards for a large burst of damage to your opponent's face!

I recommend not playing Mark of the Lotus, Power of the Wild, or Savage Roar if your chess pieces have not been silenced!  The effects will not translate to extra damage dealt by auto-attacks from chess pieces.  Their auto-attack damage is in their card text.  In specific situations it could be helpful though.  Such as helping a minion to survive, or playing it after playing the 4/3 piece with Charge, Can't Attack Heroes to remove a queen or other piece on your opponent's side.  But be cautious when considering this play.

Soul of the Forest helps by providing a sticky board, as well as helping you gain more potential face damage in a turn as the 2/2 minions it produces are free to attack anywhere.

Branching Paths as always provides some flexibility in your game to either draw out the last combo piece you need, gain armor to survive through to the next turn when you can unleash your burst of damage, or to aide in pulling off the combo.

The first few games I won with this I actually won simply by outplaying my opponent in regards to positioning, etc.  The third game I was able to pull off the Wailing Soul + buffs combo with six chess pieces in play.  Did 17 burst damage to my opponent, which was likely a surprise as he was ahead on damage (20 hp to my 13 hp).

I personally love the chess mini-game in Hearthstone, so this brawl is fantastic!  If you try out the deck, hope you have a ton of fun with it!