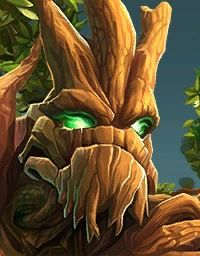 Thief Rogue has received a lot of cool toys recently, so why not use them with the tried-and-true tempo rogue package?

Our goal is to beat the opponent down over time by keeping control of the board. Thanks to the thief package we have a lot of value, which helps this deck win even in the late game. We also have access to lackeys thanks to EVIL Miscreant, which has synergy with the rest of our deck. If you like random cards, this deck is for you.

With coin: EVIL Miscreant, and 99% of the time you'll want to coin him out on turn 2 (lackeys are great).

The exception to this is if you draw Pilfer, in which case Underbelly Fence would be a definite keep.

Against aggressive decks we are on the defensive, so Backstab and Vendetta are musts. Get minions on board early and remember to remove the problem cards (Magic Carpet, Underbelly Angler, High Priest Amet, etc.). If those cards survive for one turn, we most likely lose so don't be afraid to use whatever resources you have to kill it ASAP. Thanks to our burgle cards we can out-value most of these decks in the long run, it's just a matter of surviving 'till then.

Against control, we have to be proactive. Space out your minions so your opponent gets as little value from their removal as possible, and use our removal (Sap, Vendetta, Eviscerate, and SI:7 Agent) to keep the opponent off the board as we push face damage. When we start to run out of steam, go all-in and use our remaining Eviscerates and Cold Bloods to finish them off.

Zilliax - What were Rogue's weaknesses again? No taunts or healing? Let's fix that. With one card. While also removing a minion. Seriously, this guys insane.

Leeroy Jenkins - He's a great finisher, and I'd argue he's a great craft for every other tempo-ish deck too. He does Cold Blood's job better, so swap those and you're good.

Bazaar Burglary - This fits right in with our gameplan, and gives us a great way to stabilize against aggro. Cut both Mecharoos and a Hench-Clan Thug for the quest and 2 Clever Disguise.

Edwin VanCleef - Do you like 3 mana 8/8s? I like 3 mana 8/8s. We have a ton of low-cost cards, and with only a little effort we can make this guy very big, very fast. Swap him with Cold Blood for a good time.