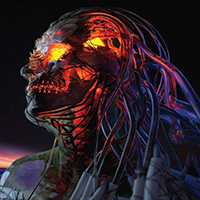 The new Paladin quest Making Mummies is designed entirely around the new keyword of Saviors of Uldum, Reborn. This inherently means that it will utilize a lot of new cards just to complete the quest. This deck is heavily minion-based and the win condition involves using the Quest Reward Emperor Wraps to copy Mechano-Egg to abuse the deathrattle, or alternatively copy minions with Taunt and/or Divine Shield to stifle your opponent while you consistently push for lethal. Reborn minions are quite sticky and Micro Mummy especially is key to the deck. Crystology and Acolyte of Pain keep things relatively consistent in terms of card draw while Subdue and Consecration aid in neutralizing big and buff minions and clearing boards without having to sacrifice your own quite as much.

Da Undatakah is in here to get additional value from the eggs. After multiple die it can be played to summon further Robosaurs, but most importantly you can copy it on turn 10 because it costs 8. Cards like Bronze Gatekeeper, Annoy-o-Module, Zilliax, and Pharaoh's Blessing provide flexible Taunt and Divine Shield keywords that can be great targets for the Hero Power. Copying a Bone Wraith before it dies the first time can also be worthwhile.

See how to play on HSReplay! | Defeating a Warrior at Rank 9. (Lethal missed on purpose to show Da Undatakah in action.)

The requirement is very straightforward for this quest, and the most important part will be completing it sooner rather than later. This is why 12/30 cards in this deck are Reborn minions. Specifically, Murmy, Micro Mummy, and Temple Berserker all have 1 Attack and can be drawn directly by playing Crystology.

Play your Reborn minions liberally until you obtain the reward while still making an effort to stifle and pressure your opponent. Playing 2-3 of them on curve at the beginning of the game is ideal. However as you gain more mana it is not difficult to play a couple Reborn minions in the same turn with some left over to use the Hero Power immediately. Getting them out quickly also forces your opponent to react to all these sticky minions.

Aside from obviously keeping the Quest you typically you want to mulligan for cards to play on curve which are ideally 2-3 cost Reborn minions in all cases, however you can't really go wrong with Crystology or Acolyte of Pain early in the game either. If you suspect an aggressive deck it might be worth looking for a Taunt minion or removal spell depending on the class.  Micro Mummy is a fantastic 2 drop for Magnetic minions and increasing Attack of your other minions, especially if you end up making several copies, so you can't really go wrong. Just avoid keeping cards that cost more than 3 Mana unless you need that Taunt early.

At the time of writing the meta is still not entirely solidified, however there are a few encounters worth mentioning presently. I'll try to update this part more as things change.

Quest Druid - My first couple of matches against druids were frustrating as i was unfamiliar with this new playstyle of having several sub-par turns to compete a quest. I realized fairly quick that these decks can struggle if you vastly out-tempo them before they complete their Quest. By the time they complete the quest you want to have as wide of a board as possible with a couple taunts availible. You should also be getting Emperor Wraps online soon and generally hiding other minions behind Taunts while you accumulate chip damage until the match is over. If you don't have anything of value established when they start abusing their Choose One cards your chances of winning are almost non-existent it seems.

Quest Hunter - They'll be playing a lot of beasts and pumping out a bunch of damage. This one is somewhat of race. Focus on controlling the board and getting Taunt minions set up to mitigate damage while you cultivate your own. Subdue can help immensely with those big beasts like Savannah Highmane or a buffed Scavenging Hyena.

Quest Shaman - This deck people are playing seems insanely op currently. You want to try your best to complete your Quest and maintain a threatening board, however they have so many tools to shut down your board. Transform effects like Hex and Plague of Murlocs ruin things quite a bit so your best bet is to withold some of your valuable cards until you can copy them. If you can't do enough damage quickly and abuse Mechano-Egg you'll probably have a bad time with all their Battlecries.

Quest Mage - This deck will be throwing a lot of spells at you, often secrets as well. You will probably want to go face any chance you get. As with Shaman avoid playing a ton of your stronger minions until you are able to copy them, otherwise they may just end up as sheep thanks to Polymorph.

Priest - So far I've seen only very slow control decks. If they have all the right answers it can be very difficult but it's possible to defeat them with enough tempo. You certainly won't have trouble completing the Quest, but don't hesitate!

Zoo/Aggro - Board control is key as always against aggro decks. Trade into their minions and abuse your Taunts. You may want to mulligan for Consecration. You can out last then if you deal with everything they throw at you.