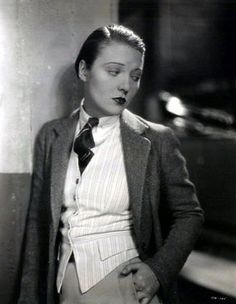 Though many trials and tribulations it's here, the competitive version of this deck!

If you have all the cards feel free to try it out, if you don't have the legendaries it's aight the only one that really matters is zephrys for another AOE, the deck is worse without most of them(thekal you can throw out but i like the option for healing early against the rare control decks and healing up to 59 with nozari is really good (:).

Now let me explain what you're wanting to do with this deck...

With lackey shit roaming the streets it's tough for any control deck, not to mention paladin probably one of the worst, if not THE worst control class in hearthstone right now, that said we have a lot of control tools to work with here, which i will explain in detail below!

Crystalsmith Kangor even without Flash of Light it's a prime target for any aggro deck to take out ASAP because there's always the FEAR of healing for double, and before they use their tiny aggro brain to think about the 2 mana card you didn't play a heal after it meaning you clearly didn't have one, they've already healed you for 4 without noticing(not counting the dmg that didn't go into your face).

Sir Finley of the Sands Our mango is tank up or heal for 4, but druid hero power isn't bad or paladin hero power to fight for board, or even 2 dmg ping from mage, just don't pick hunter FFS.

Lay on Hands is definitely a card i doubt the worth of in this deck, but i've healed for 16 saving me in a lot of games from it, so idk, if you have a better idea for the spot let me know. I'm not completely attached to it.

Shirvallah, the Tiger This kitty cat is here to stay until it rotates out in my opinion, i started loving this when i was playing bazookadin, and it's REAL good in this deck, healing for 14 with Crystalsmith Kangor and still healing at least 7 again after is no joke, and you'd think it wouldn't work in a singleton deck, but the amount of spells we play covers it, and i'm not talking about "It's free after we spend 10 mana on sound the bells" nope it's good without playing sound the bells at all most of the time. you could even put Pharaoh's Blessing on it if you so desire. I've done it to block a kangor and healed up to full a couple times.

Nozari a lot of people see this card as bad, and i did too before i actually played it, i didn't craft this card i got in in a pack, and i played it just because i had it, but when i started playing it i noticed a trend...Most of the time in hearthstone your overly enthusiastic opponent will leave you at a real low health total and start emoting like crazy just assuming you're already dead. But then you drop this bad boy and you heal for 20-29 and they shut right up! This card is a real showstopper, I won a game with nozari because my rogue opponent set me to 1 and went afk assuming i'd just be dead on board, and i played this and won that game.

As much as i've hyped up this deck i admit it's still control paladin, in a meta where literally everyone is playing aggro/midrange(druid/warlock/priest) and i haven't faced a single warrior with this deck so i don't know how it does against control, but when this deck is left to it's own devices that's where the real magic happens!

Mulligan for Sir Finley of the Sands, Thekal(if you're playing him), or cards that draw cards like Hammer of Wrath and that's basically it, you'll draw your AOE through the course of the game with as much draw as we have, and even if you have nozari in starting hand you're not sunk with the amount of draw we have, use your brain, don't put blessing of wisdom on a silverhand recruit when your opponent will gladly draw cards for you off their minion. If you have zepphrys in your starting hard mulligan him if you dont have finley or thekal(if you're playing him) because like i said we use him for another AOE and not a playmaker like other decks.

The real kicker for this deck is the finisher. Infinite AOE and heal. I used to run tunnel blaster, but people aren't as dumb as you think they are it turns out, and they'll hex and poly the 7 mana 3/7 you played because they know what's going on....but they don't know about the A-bomb ;)

A-bomb is good for the win condition at the because we are unaffected since we heal for for 4 when we deal 2 aoe, and yeah this isn't a prelate buff deck which means if the prelate gets silenced that's good for us, since all it needs to do it die for the combo to work, we won't be playing it a second time.

After you've played the A-bomb and they've traded their crap minions into it since it only has 4 health and deals 2 dmg to us they don't see it as a threat, and have played the prelate and it's died(even if silenced) now's the easy part, you play undatakah and sunfury protector, which gives the undatakah taunt so your opponent can't just ignore it on board, and there you are, you are going to win fatigue. The only thing you need to watch out for are shitty discover effects from your opponent, your quest mage opponent using their hero power and getting a polymorph BTFO-ing you from that game, after hearing a brief "Hello~" in the distance. Or a netdecked quest shaman discovering a hex from a lackey that they got randomly, as well. These are the most debilitating things that have happened to me.