The Explorers’ League was first founded by the dwarves of Ironforge under the orders of King Magni Bronzebeard. After discovering ancient ruins that held keys to lost knowledge of dwarven history and their fabled connections to the titans, Magni decreed that the focus of his people’s industry shift from engineering and mining to archaeology. Originally known as the Explorers’ Guild of Ironforge, one of its branches, led by Magni’s brother Muradin Bronzebeard, regularly explored the frozen continent of Northrend. One of these expeditions saw Muradin searching for the fabled runeblade known as Frostmourne, where he bumped into his old friend Prince Arthas Menethil of Lordaeron, when Arthas saved them from an attack by the undead Scourge. Arthas joined Muradin and the Explorer’s League in their search and claimed the runeblade, only to succumb to its corrupting curse and become a Death Knight of The Lich King. 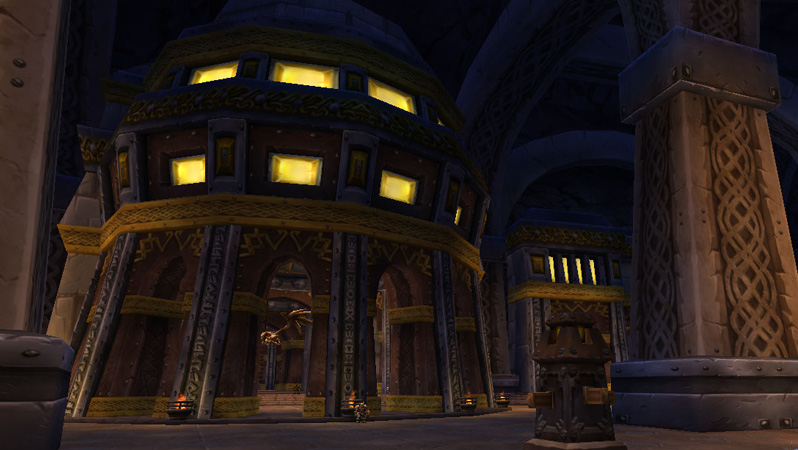 The Hall of Explorers in Ironforge.

Over the years, the Explorers’ League would run excavation operations all over Azeroth and beyond, including the ancient titan city of Uldaman in The Badlands, The Temple of Atal'Hakkar in the Swamp of Sorrows, The Ruins of Eldarath in Azshara, and several other locations in places like Darkshore, Mulgore, Azuremyst Isles, and Alterac Valley. Wherever they went, the goal remained the same: uncover relics, artifacts, and lost history, particularly anything that could provide further knowledge of the titans and the dwarves’ connection to them. 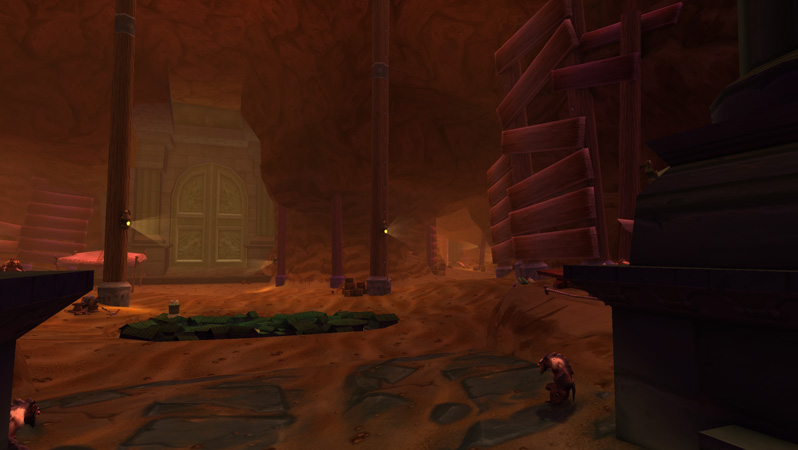 The Map Chamber in Uldaman, as it exists in World of Warcraft.

During the Alliance and Horde’s campaign against the Lich King in Northrend, the League established a base in the Howling Fjord and were co-leaders with the Kirin Tor in the assault on Ulduar to end the threat of the Old God Yogg-Saron. In their campaign against the Old God and the Titan Keeper forces under its influence, the League discovered more links between the dwarves and their Earthen ancestors, furthering the knowledge of their racial history.

The Explorer’s League currently maintains its base in Ironforge, which includes both an academy and a museum, and is led by High Explorer Muninn Magellas and Brann Bronzebeard, the brother of Magni and Muradin. While the League originally consisted almost entirely of dwarves, it has expanded over the years to include humans, gnomes, tauren, worgen, night elves, and at least one murloc. They are fierce rivals with the blood-elven organization known as The Reliquary. Led by High Examiner Tae'thelan Bloodwatcher. The Reliquary often clash with the Explorers’ League in their pursuit of acquiring powerful magical artifacts, wealth, and lore. 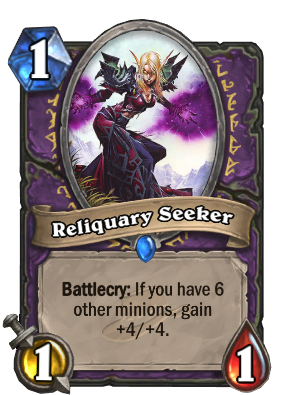 Brann is part of a smaller specialized team within the Explorers’ League which consists of his fellow explorers Reno Jackson, Elise Starseeker, and Sir Finley Mrrgglton. According to stories told around the Hearthstone Tavern, the first known exploit of this particular team was the quest to reassemble an ancient titan artifact known as the Staff of Origination. 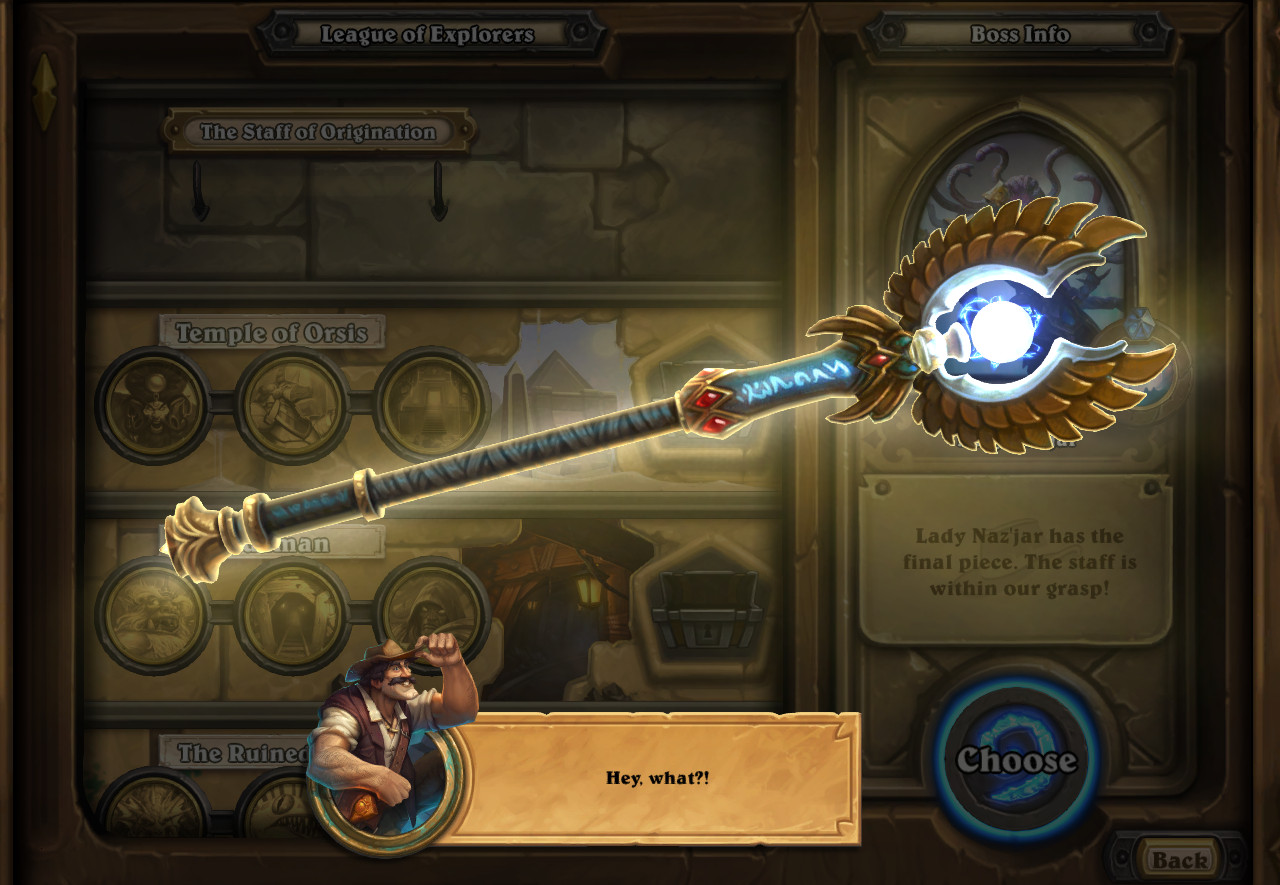 The reassembled Staff of Origination

Split into three parts, each section of the Staff was recovered by a member of the team, with Elise Starseeker coordinating the expeditions from the Hall of Explorers. Reno Jackson went to the Temple of Orsis in Uldum to retrieve the Rod of the Sun, encountering the djinni Zinaar (after accidentally releasing it from its lamp) and Sun Raider Phaerix (the tol’vir guardian of the rod), then having to escape the temple as it collapsed. 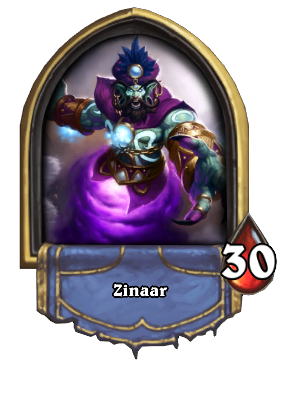 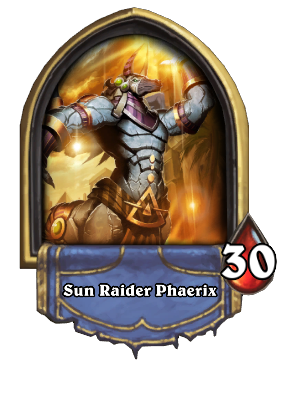 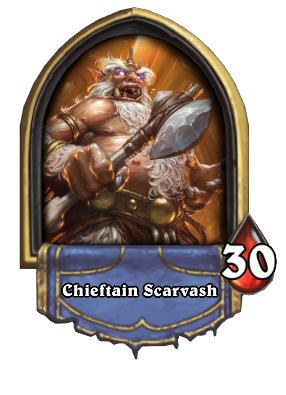 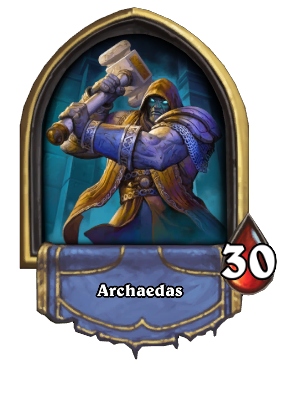 The last piece, The Pearl of the Tides, was recovered by Sir Finley Mrrgglton in the Ruined City, deep in the jungles of Stranglethorn. After escaping from being made into murloc soup by Lord Slitherspear and his naga, Sir Finley faced off against the huge murloc Giantfin and seized the Pearl of the Tides from Lady Naz'jar. 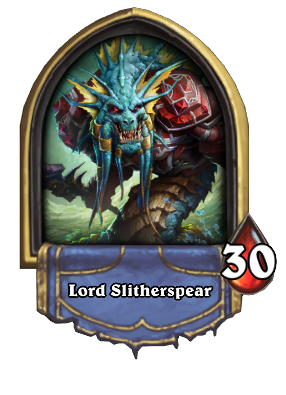 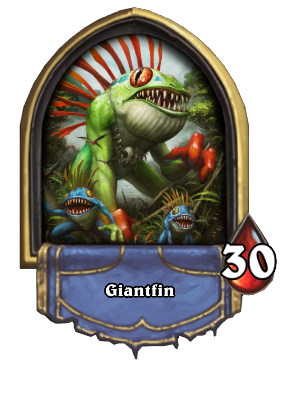 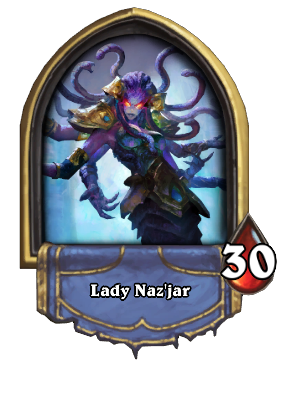 Once the Staff of Origination was reassembled at the Hall of Explorers, the League accidentally triggered a curse that allowed the ethereal Arch-Thief Rafaam to teleport past the Hall’s protective wards and steal the staff, along with all the other magical treasures in the Hall. The team had to fight against the museum exhibits that Rafaam brought to life with the power of the staff, including a walking dinosaur skeleton and an enchanted suit of armor. Eventually, they defeated Rafaam and took back the staff to display in the museum. 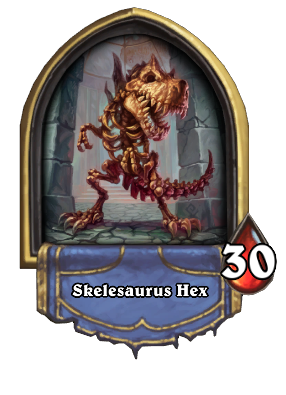 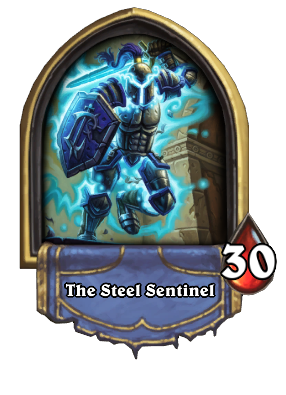 During the Third Invasion of the Burning Legion, the Explorers’ League surveyed the Broken Isles, with Brann searching for artifacts related to understanding of the titans and Sargeras, the fallen titan, and Sir Finley encountering a group of vampyr pirates while on his way to study the local murlocs of Stormheim. After Sargeras thrust his giant sword into Silithus, a team from the Explorers’ League was sent to investigate the area. Along the way, they were ambushed by the Bilgewater Cartel in the Cartel’s effort to kidnap a member of the party, a gnome mineralogist named Sapphronetta "Saffy" Flivvers. 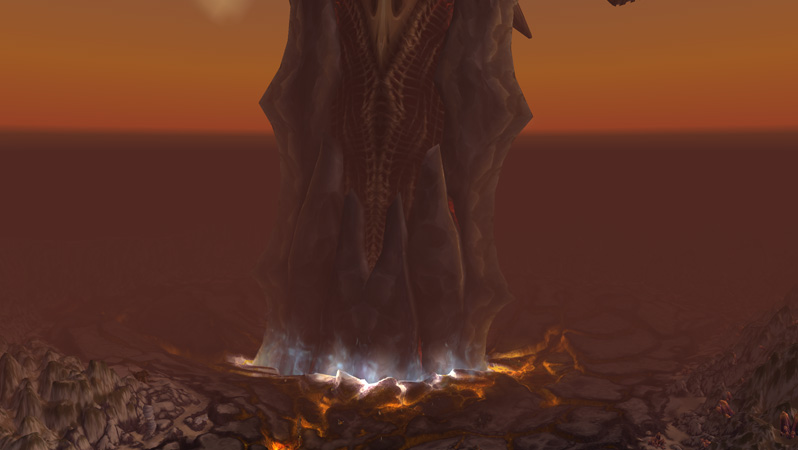 The base of Sargeras' Sword, stabbed into Azeroth as seen in Silithus. Azerite can be seen at the base.

The League later ran dig sites in Xibala, the resting place of the fabled “first devilsaur” in Zandalar, and at Drust ruins at Gol Thovas in the Kul Tiran region of Tiragarde Sound. When the lost gnomish island of Mechagon was rediscovered, Reno, Elise, and Sir Finley sought out artifacts to learn about the previous inhabitants of the island that existed before the tyrannical King Mechagon took over. 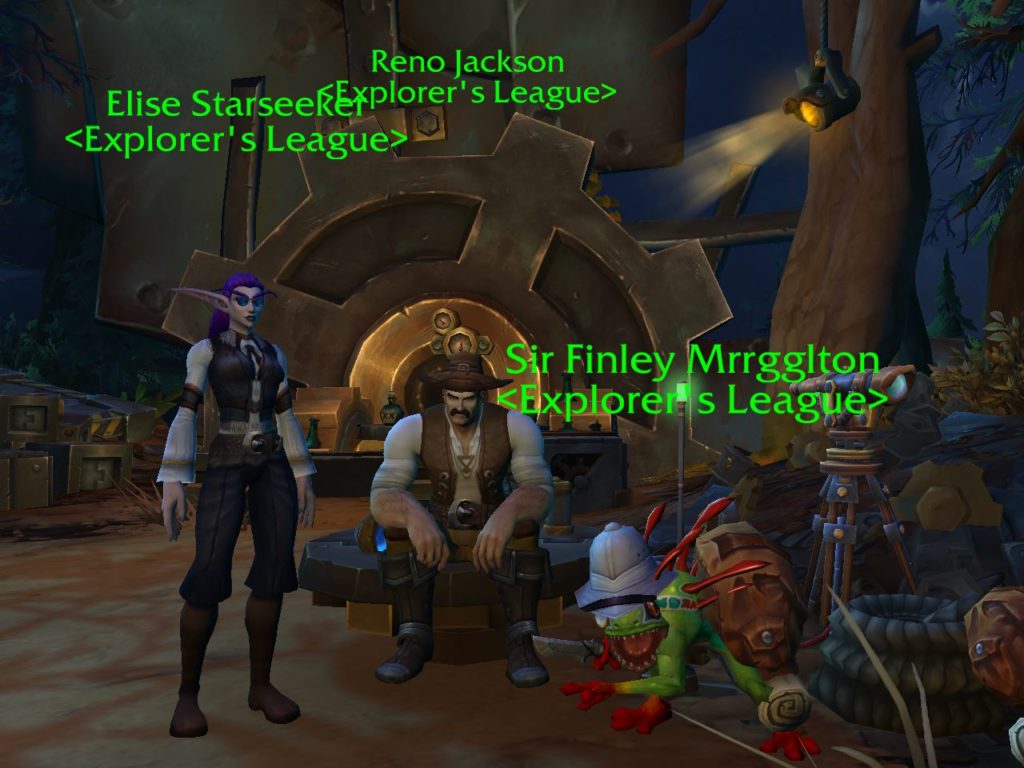 Rumor circulate around the tavern that Rafaam once resurfaced with a vengeance against the heroes who previously defeated him. Forming the League of E.V.I.L. with other villains who have similar chips on their shoulders, he masterminded a theft of the entire floating city of Dalaran as a mobile base for E.V.I.L. to launch an attack on Uldum by unleashing the imprisoned Plague Lords, and stealing the Plague of Undeath to  resurrect the evil dragon, Galakrond. Now equiped with upgraded skills and weapons, Reno, Brann, Elise, and Sir Finley faced off against their old nemesis in an attempt to save Uldum, and then the world. Allying with the Dragon Flights at Wyrmrest Temple in Northrend, the League squared off with Rafaam's evil army in a final showdown, although the storytellers of the tavern can't quite agree whether or not the they ultimately won. 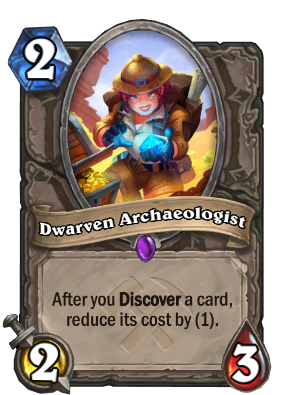 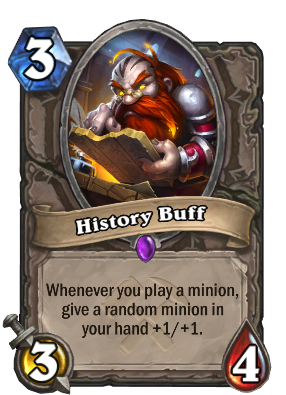 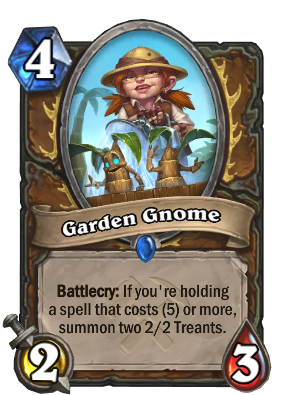 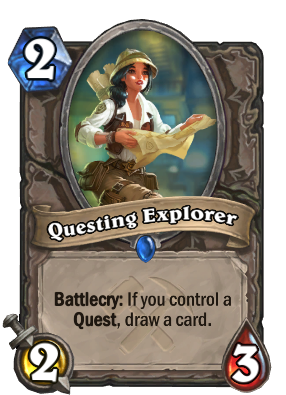 Additional members of the Explorers' League assisting in Uldum

Thanks for reading! If you have a specific lore topic you would like to see an guide on, leave a comment below to let us know and we'll dig into it for you.