Hallow's End is a holiday that is celebrated throughout Azeroth by a multitude of races, although for different reasons. In truth, it is actually two separate holidays that happen to fall at the same time of year, one celebrated by the Alliance, and the other by the Horde.

Hallow's End has its origins as a peasant ritual in the human kingdom of Lordaeron. There are no records of when the first celebration was, so it likely has very deep roots in human history. It was believed the end of the harvest season was a time when the barrier between the living and the dead grew thin, allowing communication from one side to the other. It was celebrated with several feasts, a somber serious one, a festive celebratory one, and a final event that combined both atmospheres.

The holiday was celebrated nationally in Lordaeron by erecting a straw effigy outside the palace, which would be lit on fire at sunset on the night of the final ceremony. Customarily, anyone who wished could approach the fiery effigy and symbolically toss a branch into the fire. This action represented “burning away” anything they wanted to let go of as they entered into the inactive time of winter. For example, it might be a method of letting go of fears, sorrows, lost loves, or recent rivalries. On one occasion, shortly before the third war, the ritual of burning the wickerman was performed by Jaina Proudmoore during her courtship with Lordaeron’s own Prince Arthas.

Over the years, the tradition spread from the humans throughout the entire Alliance in hopes of a brighter future, although much of the original meaning behind them was forgotten. During the Cataclysm, the previously-isolated kingdom of Gilneas rejoined the Alliance, and brought with them a deeper understanding of the holiday’s traditions. This included the tradition of the wickerman, and an annual speech by the king of Gilneas, Genn Greymane, outside the gates of Stormwind.

For the Horde, Hallows End is celebrated chiefly by the undead Forsaken, many of whom were citizens of Lordaeron before they were killed and raised as undead slaves by the Scourge. They celebrate it as the anniversary of  their breaking free of The Lich King's dominance and once again regained their free will. The tradition of the wickerman was carried over and retained by them in spite of their undeath, but took on a new meaning. They would typically smear symbolic ashes on their face after a short speech about their history from their queen, Sylvanas Windrunner. The holiday in turn spread to other members of the Horde. 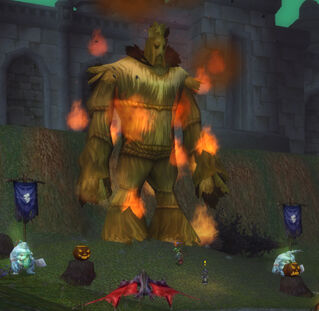 A Wickerman celebration outside of Undercity in WoW (Source)

Ever since Hallow's End in Year 24 (After the Dark Portal), a ghostly figure has terrorized the cities of Azeroth every year on this fateful night. He is known as the Headless Horseman, but in life was a holy paladin named Thomas Thomson. Thomson grew up on a pumpkin farm in the Tirisfal Glades and trained as a paladin serving under Uther the Lightbringer during the Third War. After Uther was killed by the death knight Arthas, Thomson joined the remnant of the Silver Hand order under the paladin Saidan Dathrohan. 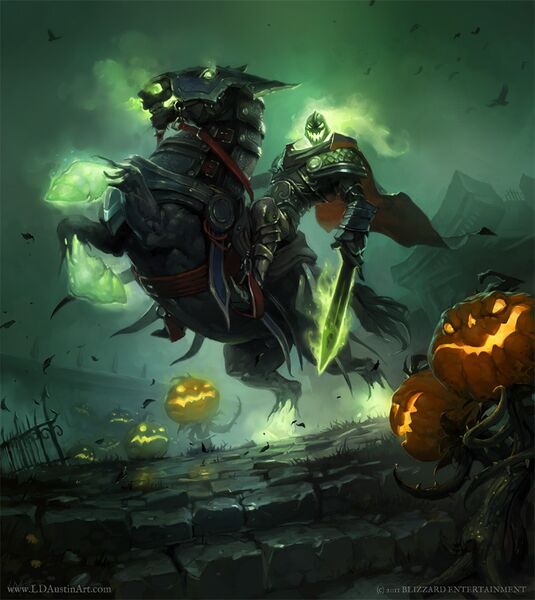 This mad undead speaks only in verse and rides through the skies to inflict his curse. (Source)

As The Lich King’s undead minions and [Hearthstone Card (Kel’Thuzad) Not Found]’s Cult of the Damned spread destruction across the Eastern Kingdoms, Thomson sent his family with Jaina Proudmoore’s refugees to flee on a ship for the continent of Kailmdor. However, unknown to him, their ship was damaged by a storm before they could leave, leaving them to hide wherever they could in the Eastern Kingdoms.

Meanwhile, a demonic dreadlord named Balnazzar was on the run from Sylvanas Windrunner and the undead that had recently gained free will. Additionally, as one of the Lich King’s former jailers, he was threatened by the Scourge as well. To protect himself and grow his power, he killed Saidan Dathrohan and secretly assumed his form and took his place as leader of the Silver Hand without anyone noticing. Slowly, he worked to corrupt the order into extreme zealots, leading to a splinter in the group. Those who remained loyal to “Dathrohan”/Balnazzar became the Scarlet Crusade. Among those who stayed was Sir Thomas Thomson. 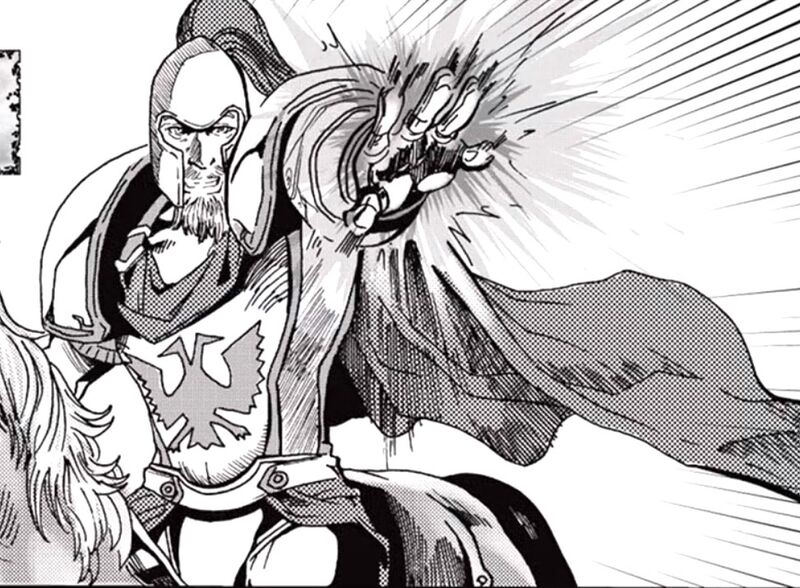 Sir Thomas Thomson in his life as a paladin in a Warcraft comic. (Source)

As part of the Crusade’s campaign against the undead, they frequently performed checks to see if towns were infected. On one such inspection mission, Thomson was persuaded by the disguised dreadlord that the entire town was infected and must be wiped out before they could spread it to others. As he slaughtered the townsfolk in a mad rush, he ended up killing his own family, only realizing it when he recognized his daughters face with is sword already striking her down. Broken and utterly devastated by what he’d done, he was taken back to the Scarlet Monastery where he lost all remaining shreds of sanity and went mad. He began to speak in rhymes and believed the entire world to be infected and undead, an infection he had to purge as he alone could save them. On Hallow's End, he killed many of his fellow crusaders and was beheaded for his crimes. Taking the headless body, Balnazzar used his own demonic blood and fel energies to resurrect Thomson as the Headless Horseman with his own mad free will. Since that night, he has returned on Hallow's End each year, convinced that he is still alive and that everyone else is evil undead. 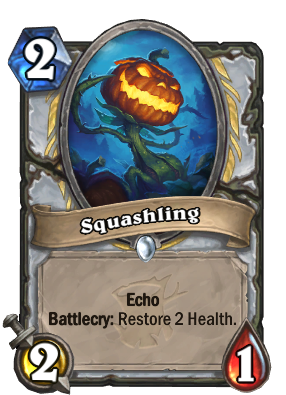 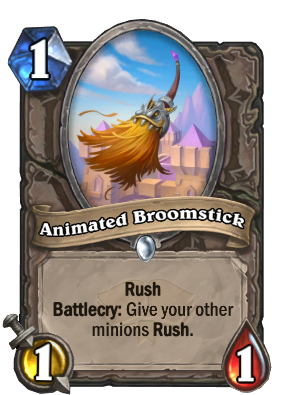 In his World of Warcraft holiday boss fight, the Horseman summons Squashlings to aid him in combat, likely some twisted remnant of his past on a pumpkin farm. After being defeated, two possible items that can be looted are a Squashling pet, and a flying broom. 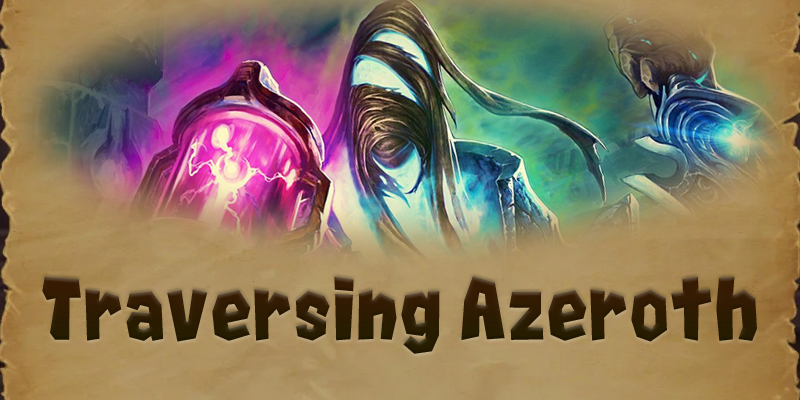 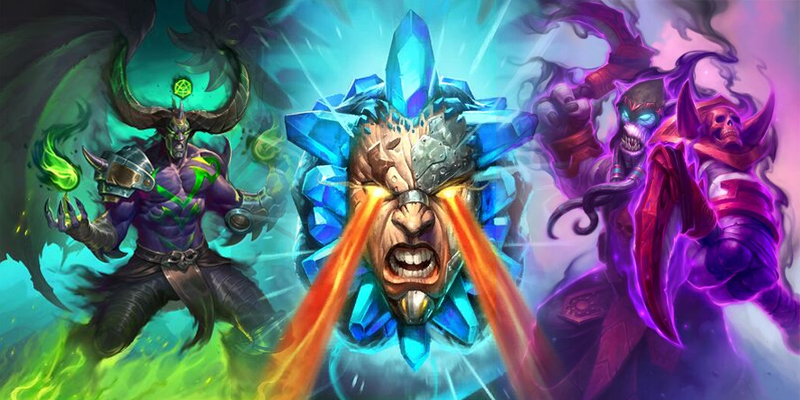 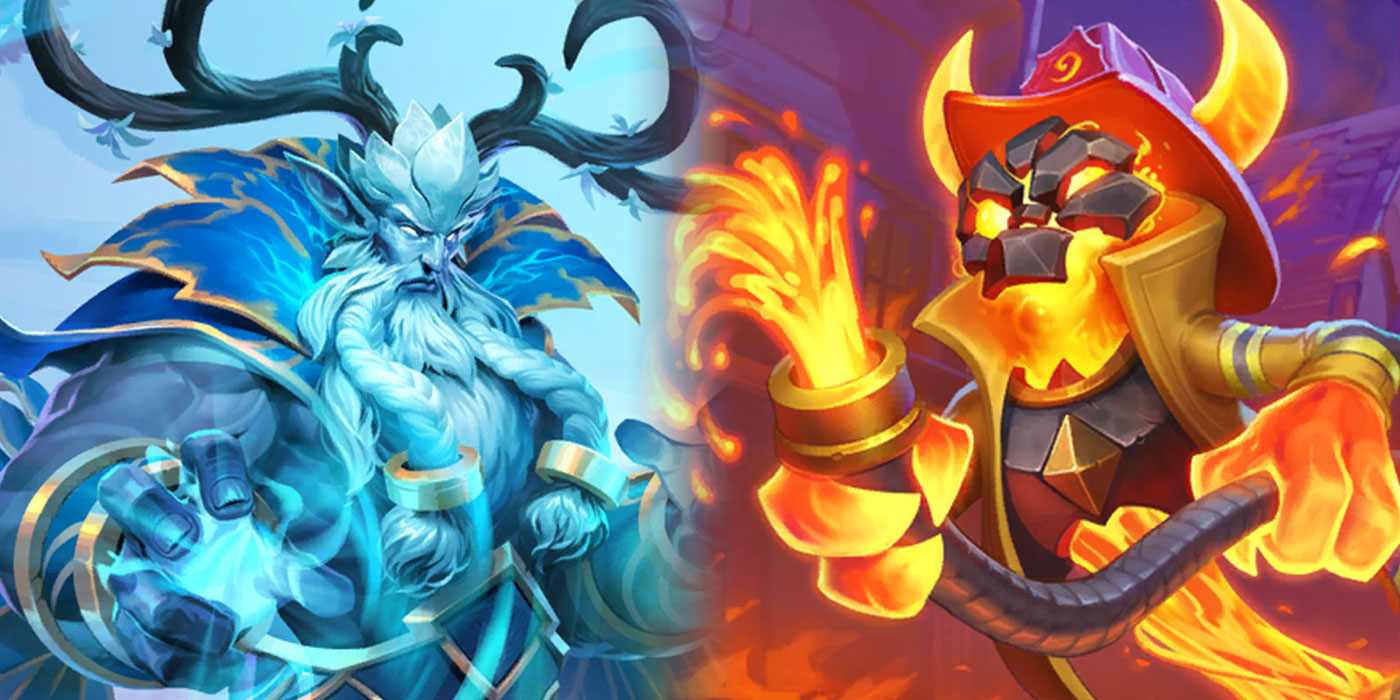 How Much Experience is Required to Level Your Hearthstone Mercenaries? XP Breakdown 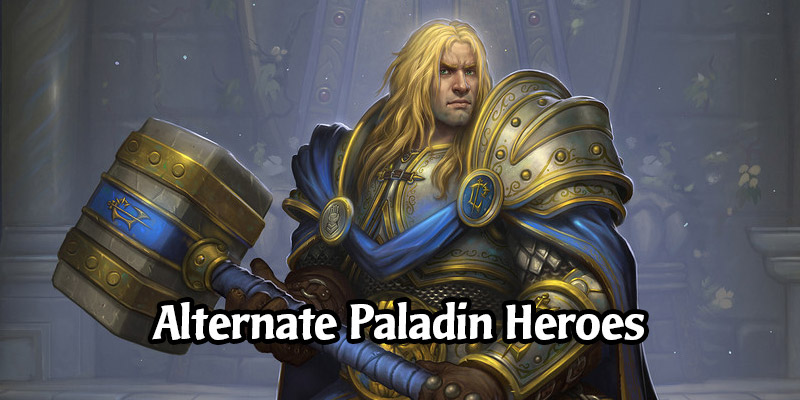