The expedition begins soon! This latest update blazes a trail for the Journey to Un’Goro, Hearthstone’s latest Expansion as well as the arrival of the Year of the Mammoth and a new Standard format. This update also includes adjustments to Ranked play, Arena updates, balance changes to Small-Time Buccaneer and Spirit Claws, some visual improvements and optimizations, and several bug fixes.

Whew! That’s a lot to cover, so read on for details! 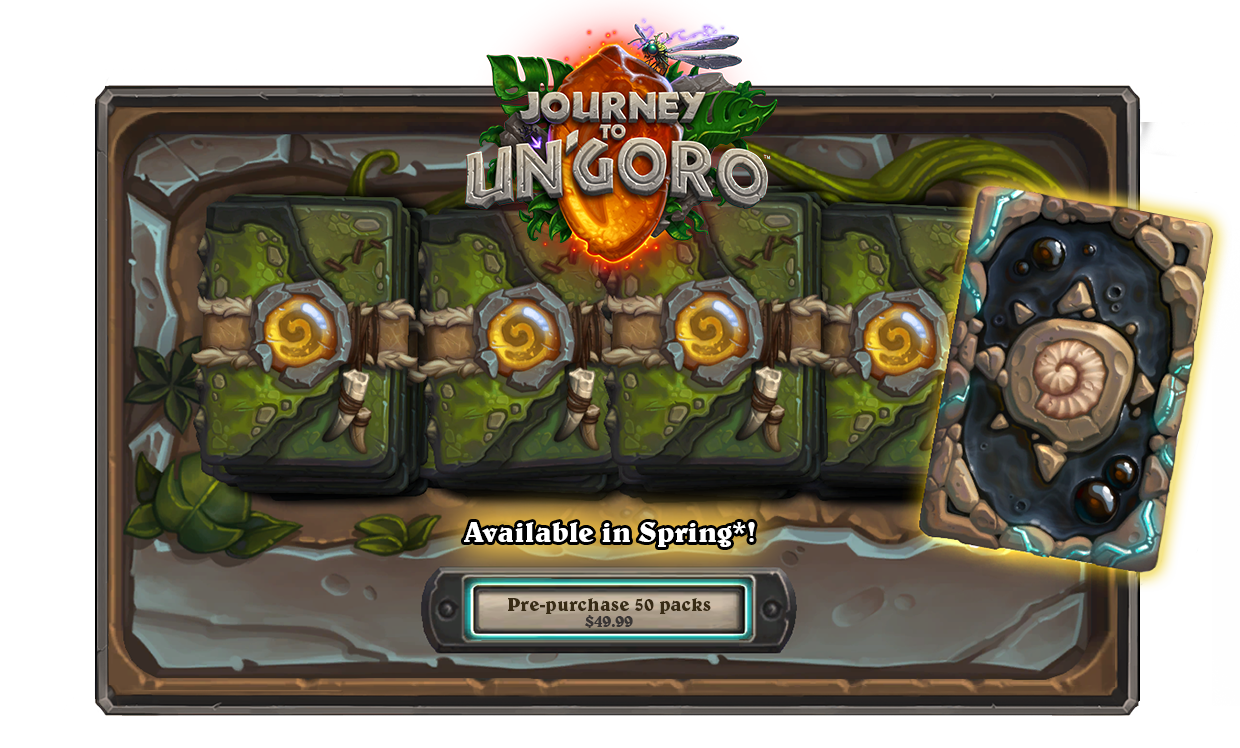