We've only got a couple more Champions to cover from the Rising Tides expansion, and today we'll look at some fun decks for Swain. In the recent Twitch Rivals tournament every Noxus build included Swain, except for a few Champion-less aggro decks. If you see another deck featuring him that you like, or have built one of your own, be sure to use our Deckbuilder to share it with everyone!

Luckily, Swain doesn't need to be on the board to trigger his level up, so you'll see him in a lot of decks that take advantage of effects that ping your opponent to help get him ready to flip. Once he does hit the board if you're able to Stun your opponent's units they are not going to have a good time, and likely won't survive! 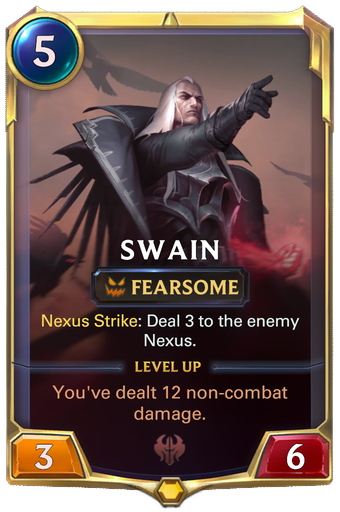 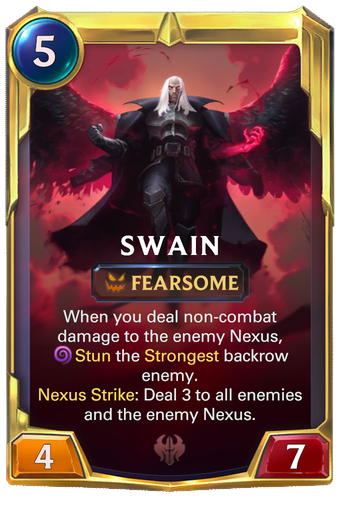 All of the Poison Puffcaps you shove in your opponent's deck will guarantee you'll have Swain ready to level up in no time flat! 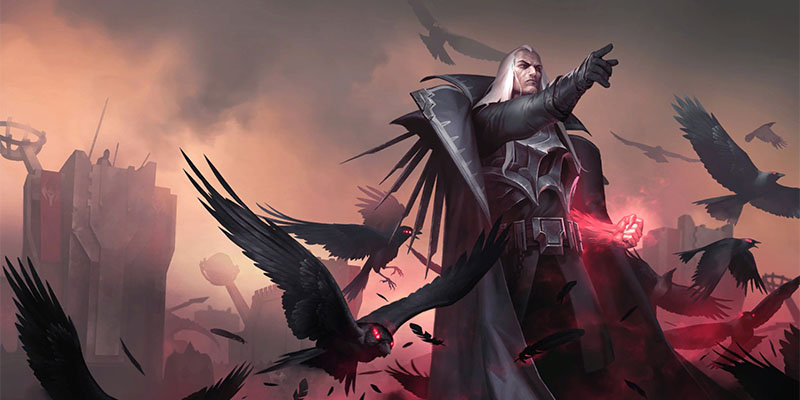 If crows have more than two eyes should I be worried? Asking for a friend.

You've got some beefier units in this build and with the self harm you've got included it makes it even easier to abuse Take Heart.

The plan is to throw More Powder! everywhere and do crazy amounts of damage with just about everything included in this deck. 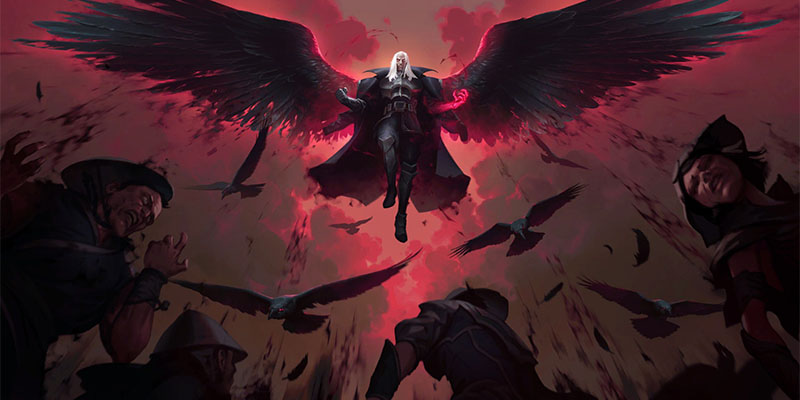 Eat my feathers and rejoice! Hey, I said rejoice, not despair!

In this build you hit your opponent early with Elise and her spiders then close it out with your Leviathan. 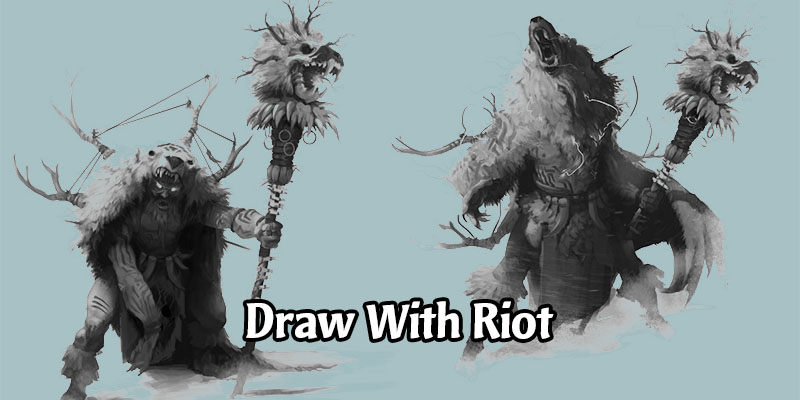 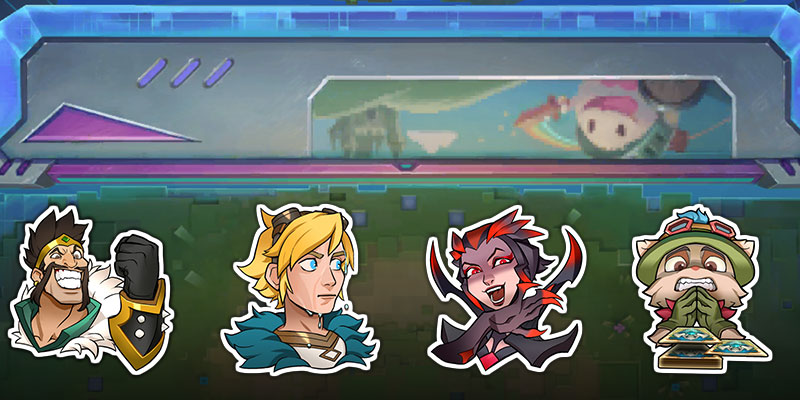