If you play Runeterra on the European shard, then get ready to start your climb for a chance to participate in the region's first major tournament - Masters Europe! Here's the official announcement, including a Roadmap for important dates. You've got until October 12th to secure a spot as one of the top players, before the teams are selected. Good luck!

Back in April, Legends of Runeterra (LoR) released to the world and we could not be happier with how the European community has responded. From setting sail with Bilgewater to aiming for the peak with Targon, it has been amazing to see players become so invested with each new set.

And if you thought you couldn’t get more excited than you did during the reveal of space dragon god Aurelion Sol, just wait until you see what else we have in store. Later this year two more Call of the Mountain expansions will be added to the game so to celebrate all of the new cards, we have a special event coming up.

Today, we are over the moon to reveal to you our very own tournament: The Legends of Runeterra Masters Europe - Chronicles of Targon. 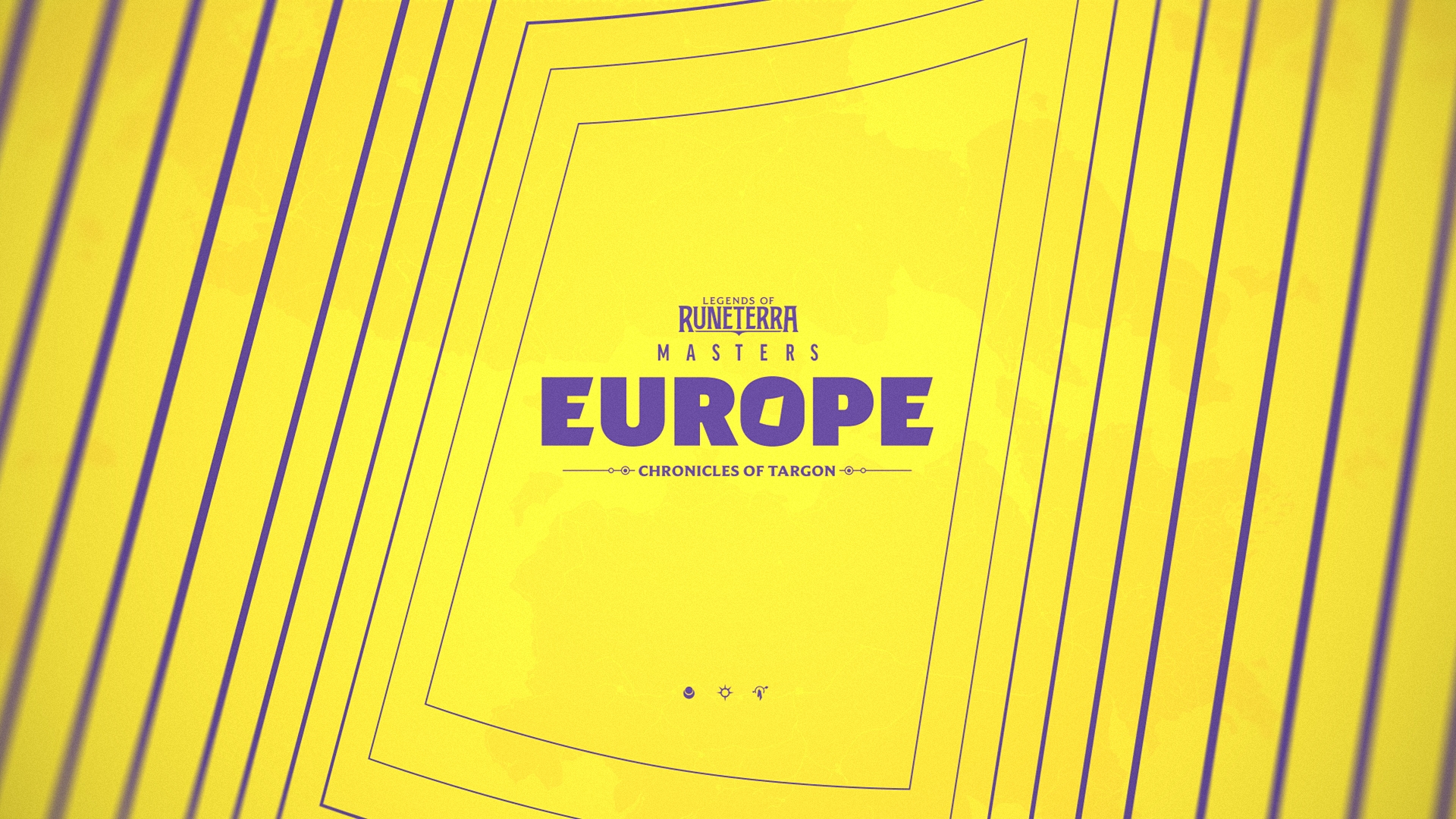 Winning in LoR always feels great, whether that’s making short work of a control deck with your aggro line-up, using nab to defeat your opponent with their own cards or even plucking your win condition out of the stars with Invoke. Now, imagine the feeling of defeating the best players on the continent while representing your country with the match broadcast live to the world online.

To celebrate the next couple of Call of the Mountain expansions, we are hosting our first European tournament to discover which nation is truly the best at the game. We will select the top 16 countries from the region before pitting their best players against each other.

You read that right, players. While LoR is a solo adventure, the hopes of each nation will rest on the shoulders of multiple competitors. Very few have managed to reach the peak of Mount Targon and even fewer have done so alone. So, the LoR Masters Europe will bring together each country’s three highest-ranked players to form a super-team who will all have to perform well if they want their nation to be recognised as the best in Europe.

And if competing for national pride wasn’t enough there will also be prize pool, details of which will be announced soon.

Before the tournament starts, the ranked ladder will be crucial in deciding which players but and countries will be eligible to compete in the LoR Masters. We will be keeping an eye on the in-game rankings and players will have up until the 12th of October to climb as high as possible to increase their and their country’s chances of competing. The top 16 players from different countries will lead their nation to the Group Stage.

Then the LoR Masters Europe will commence on the 7th November with the Group Stages which will conclude on November 22nd. From there the top two teams from each of the four groups will advance to the Quarter-Finals held on November 28 before we crown our champions and the best country in Europe with the Semi-Finals and Grand Final on November 29. 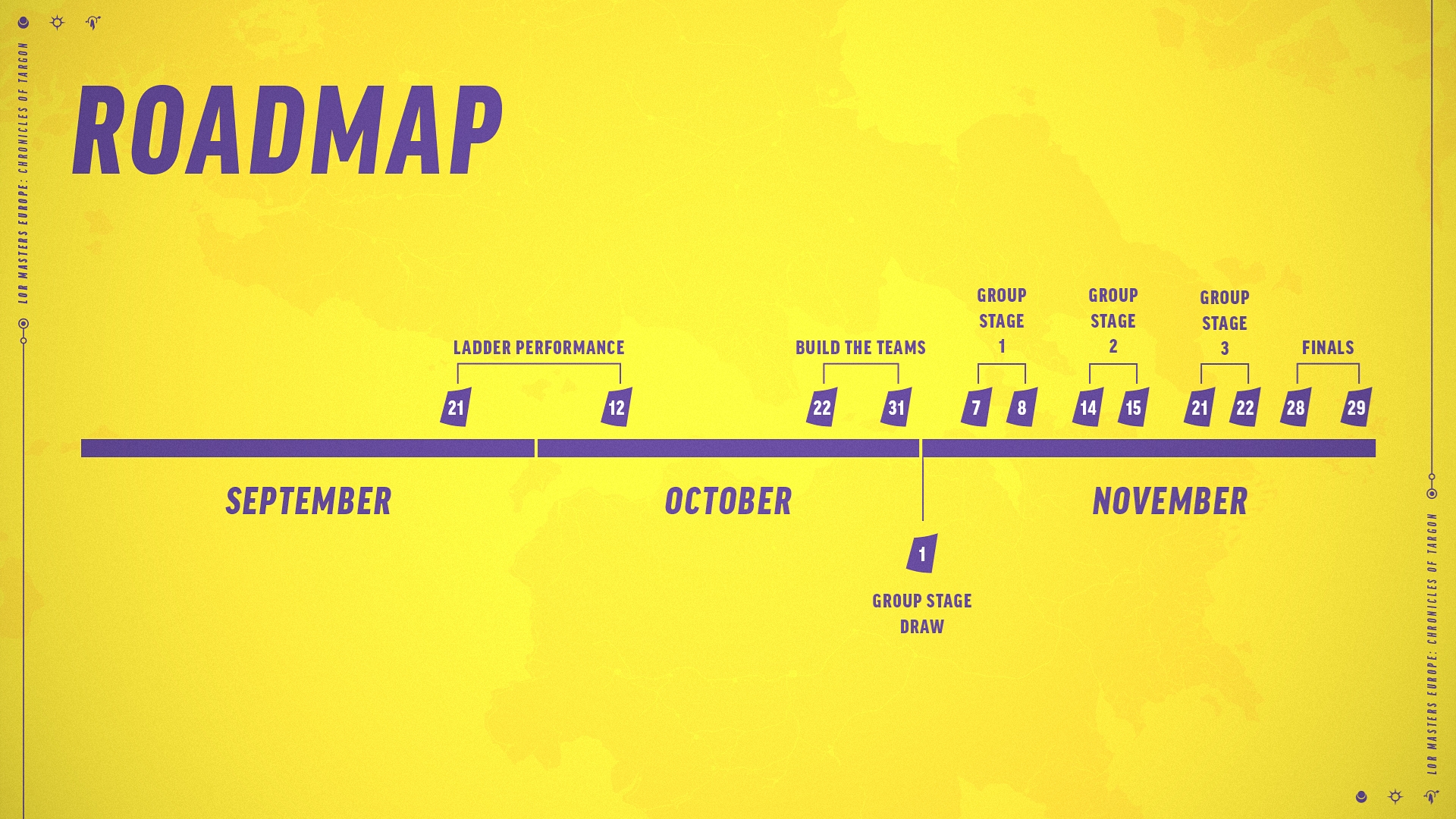 If you’re desperate to represent your nation but currently ranked outside of Master, don’t worry. Not only do you have until October 12 to climb but you can potentially still participate

In the spirit of competition, we want to see the top players compete so each team will require at least two Master players but the third seed does not have to be in the highest division. If you’re competing in Diamond, you still have a chance of making your nation’s team. All you need is to be the third-best player in your country 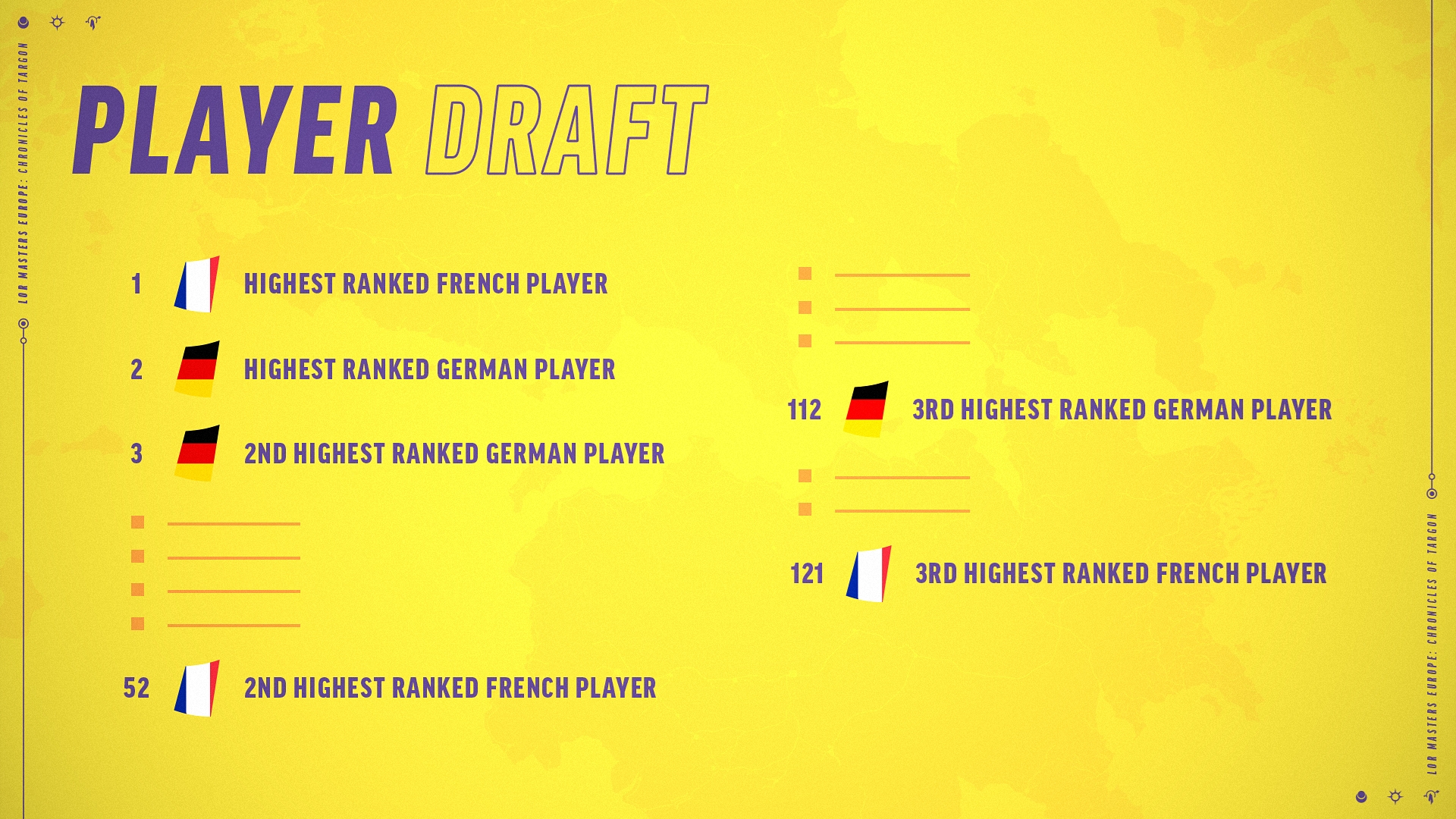 For the Group Stages, the 16 teams will be randomly split up into four groups in which they will battle it out over three gruelling weeks. After each team has played every country in their group twice, the top two teams of each group advance to the finals weekend with the Quarter-Finals up first.

No team will be able to rely solely on one individual. If players want their country to shine brighter than Taric’s gems, all three players of that nation will have to be adaptable and perform when it matters most.

Every week, teams will come together to build nine separate decks which they can use to compete but only the champions of that deck will be revealed. The Group Stage will be played in best-of-fives and before each series, teams will have a chance to ban three champions away from their opponents.

Each player will have to take on responsibility as every match will be played as a 3v3 with every competitor facing their equivalent seed. After winning a match, that team cannot use that deck for the rest of the series whereas the team that loses can choose to either stick with what they were playing or try another after each defeat.

We still have so much in store for LoR and we hope you share our excitement for this international competition. We adore the community that has built up around the game already and we cannot wait to see the best that Europe has to offer.

If you still have any questions about the LoR Masters Europe, be sure to check the FAQ below! Or if you have any other queries then head over to our official Discord server.

Do I have to be in Master in order to compete?

You do not. You have to be one of the top three players from your country and your country must have at least two Master players.

Where do I apply?

You don’t have to apply. Just queue up in ranked and like any good Targonian, get ready to start climbing. To stay up to date with the latest news and ranking updates, make sure to join our Discord channel.

How many matches do I have to play at minimum?

In order to be eligible for the Lor Masters Europe you must play a minimum of 40 matches before you are eligible to compete. Not only do you need to reach one of the top spots on the ladder but you will have to fight in order to keep it.

Can I play from my phone?

I’m a citizen of x country but living in y country?

To be eligible to represent a country in the LoR Masters Europe you must qualify as a legal resident of that nation at least one year prior to the tournament’s starting date.

What if I don’t want to play or I won’t be able to participate?

That’s totally ok! Your place will be given to the next-highest ranked player and then will check if your country is still within the top 16 nations who could possibly compete.

When will the ladder snapshot be released?

The snapshot of the ranked ladder with every player that is initially eligible to compete will be released on social media and lormasterseurope.com on 10/22/2020 at 23:59 CET / 22:59 BST.

Where can I find the full ruleset?

Group Stage details and the ruleset will be revealed on lormasterseurope.com soon so keep an eye on the website.

Is this Legends of Runeterra Worlds?

No this is a European only tournament.

Do I have to stream my games?

Yes, let the world watch your games! No pressure. 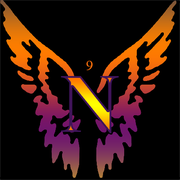 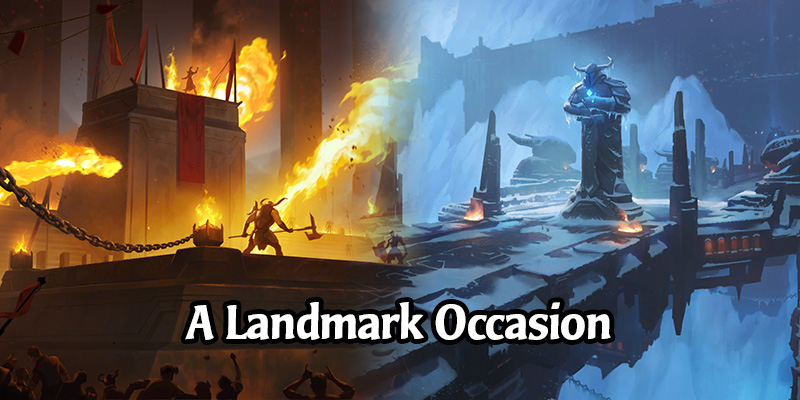 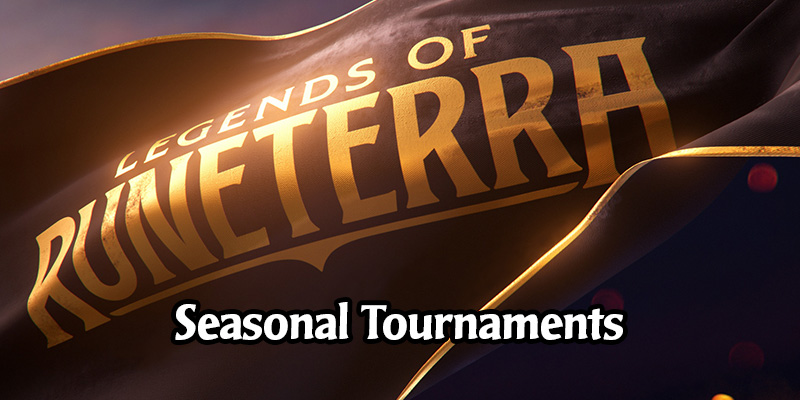 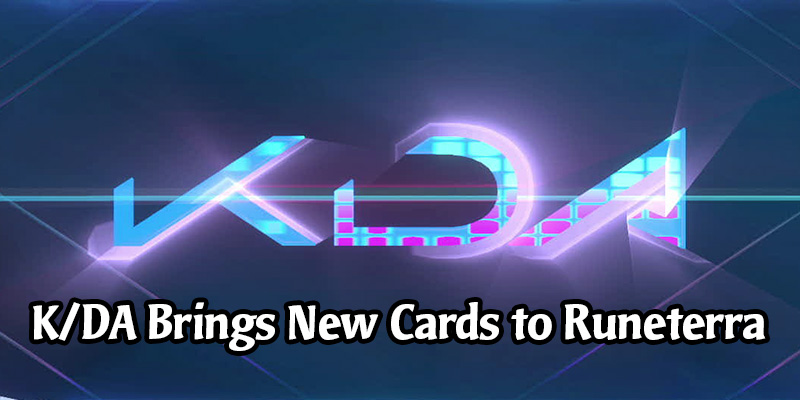 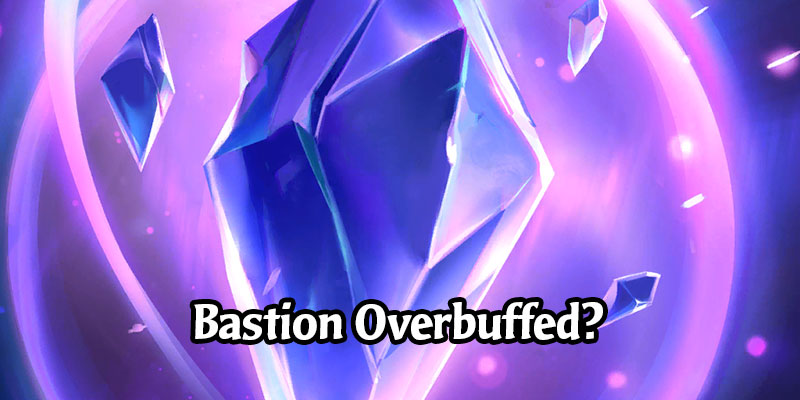 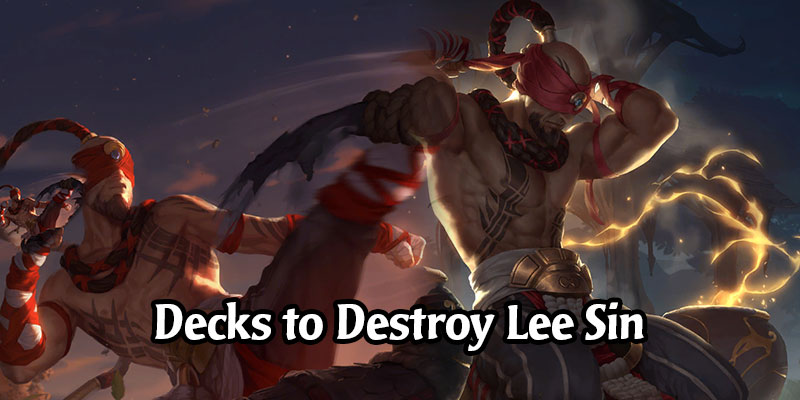