Cosmic Creation launches today! We've seen some great theorycraft decks from both streamers and the community that we wanted to share for anyone who wants to dive right in with the new cards on Day 1. First up: Viktor! 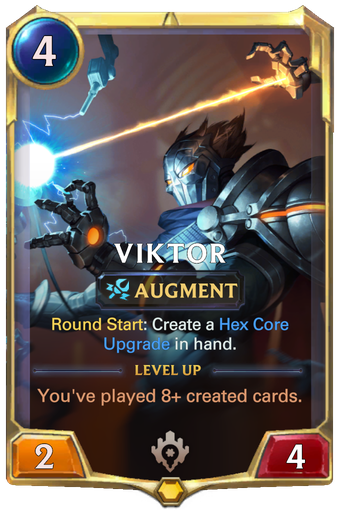 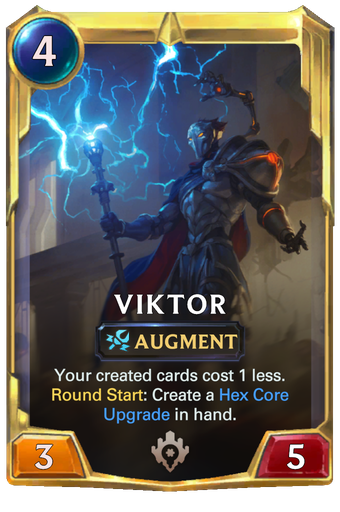 You may notice a distinct absence of Zoe - for simplicity's sake, we're lumping all Viktor + Zoe decks with her article.

As many have already noticed, Viktor and Vi have some fantastic synergies with Gems. We'll kick things off with NicMakesPlays' Viktor + Vi.

Agigas has a similar gameplan, but he dives more deeply into Targon's celestials and creates an allegiance framework.

Of course, there's also a lot of potential for Teemo given that so many of his support cards are wanting to generate Mushroom Clouds. Here's such a deck from Luigixb.

BomberTV went in a completely different direction, looking to build off the popular Go Hard archetype. Heimerdinger generates a steady supply of Mk1: Wrenchbots which activate Augment as well as provide chump blockers.

Glop made a deck around 3x The University of Piltover featuring Viktor, Jinx, and a lot of cheap cycle cards.

TheBlackBoss went with Ezreal, whose fleeting Mystic Shots progress Viktor's quest as well as get discounted by his L2 passive.

Add Your Decks to Our Database

What Viktor decks are you excited for? You can theorycraft your own decks with our deckbuilder and save them to the site to share with others by logging in or creating an account.

If you see anything cool in the deck database, give it an upvote so others can find awesome creations.