Legends of Runeterra has revealed a new Targon Champion card during the Season 2021 Opening Day: Aphelios, the Weapon of the Faithful! 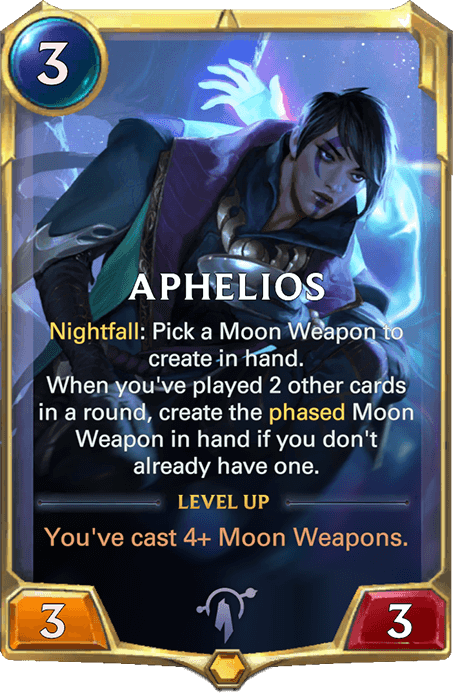 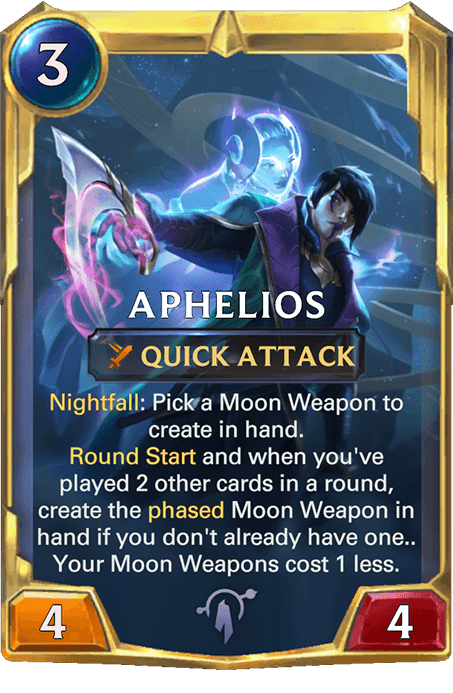 His arrival is the first of our Champion Expansions - themed card releases centered around specific Champions. You can expect to see a few more Champion Expansions throughout the year, but for now, let’s take an initial look at Aphelios and his many weapons.

Aphelios' gameplay revolves around Moon Weapons, special non-collectible 2 mana spells. He will passively generate Moon Weapons in hand whenever you play 2 cards in a round, similar to how Riven generates Blade Fragments when you Rally. However whereas Riven's Blade Fragments are random, players will be able to control which Moon Weapons Aphelios generates via a new mechanic, Phase. 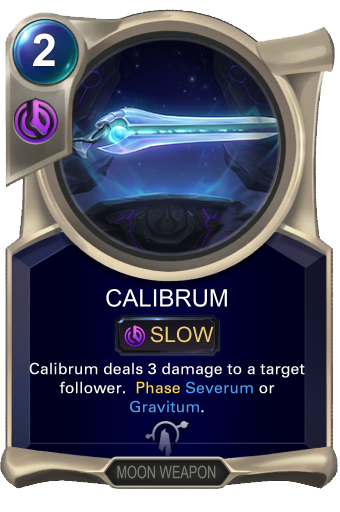 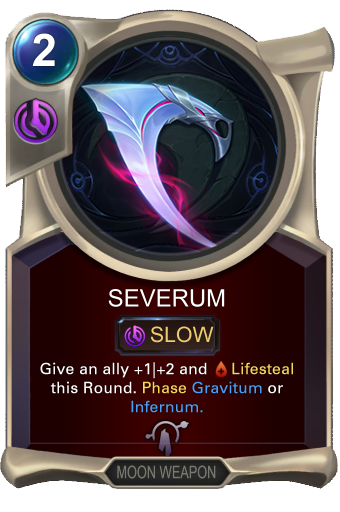 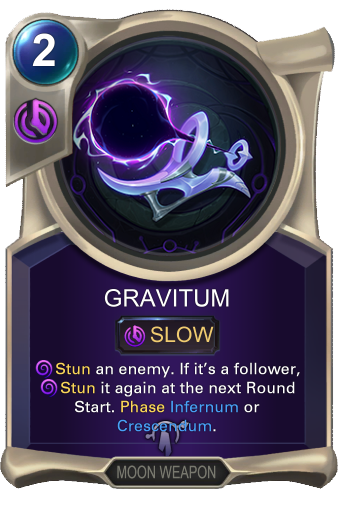 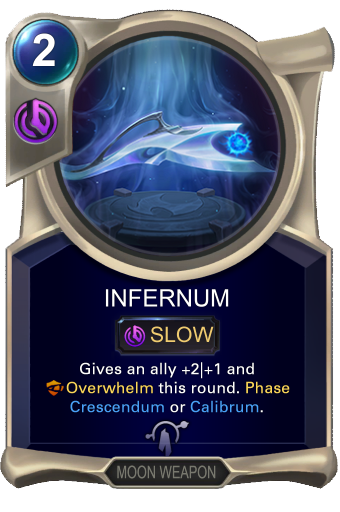 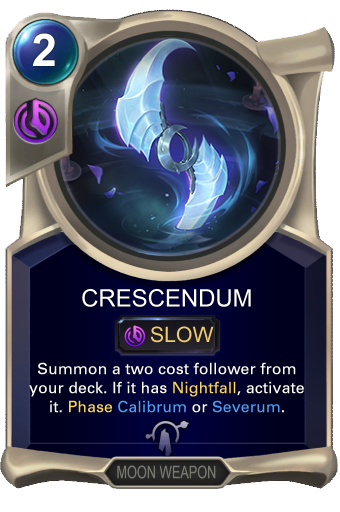 Every Moon Weapon has Phase, so playing one will effectively allow you to pick from 2 choices which Moon Weapon Aphelios will create next. Think like the Invoke from Starshaping, except you need to wait until Aphelios' passive ability triggers to receive the card you selected.

Clever use of Phase will allow you to cycle through the Moon Weapons you want to use. 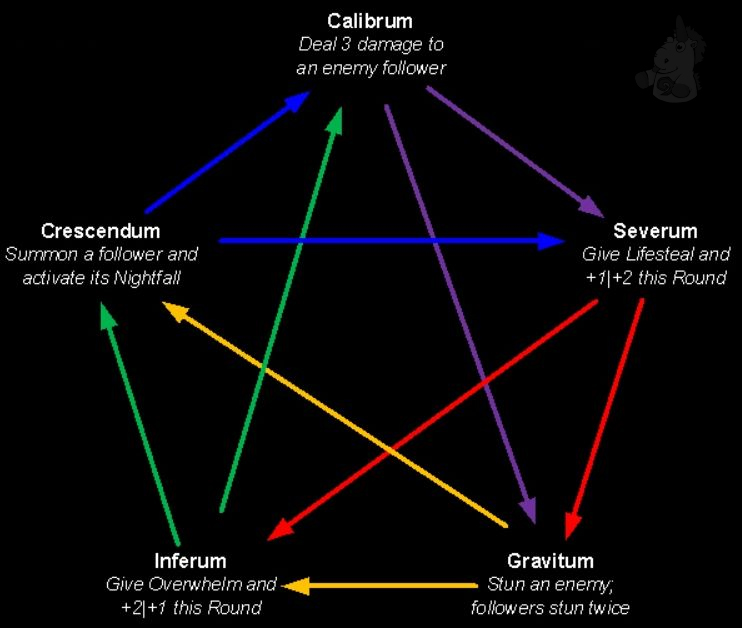 Gifts from Beyond, a new 2 mana Burst spell, also allows you to immediately generate any Moon Weapon of your choice. 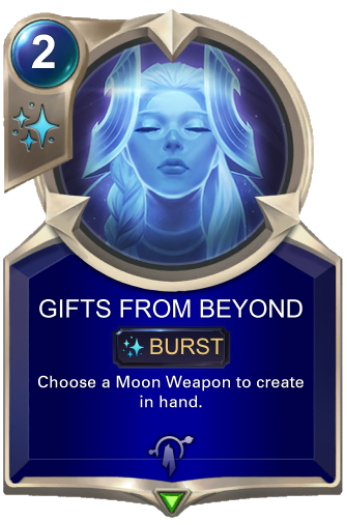 Are you excited for Aphelios? Let us know in the comments below!