We've got a massive patch this week coming to Legends of Runeterra which introduces a brand new event, new cosmetic skins for champions, a 2v2 lab, and so much more!

Read on for the full details of the patch which includes images of the new content.

Prepare for unfathomable cosmic power - the Dark Horizon event arrives along with Patch 2.8.0! Travel along the infinite cosmos on the Dark Horizon Event Road, with rewards from the furthest reaches of the universe. A galaxy of new personalization items is also coming in the patch, including Cosmic & Dark Star champion skins, as well as our first Legendary-tier board, complete with its own Mega Guardian.

Champion skins have made their way to Legends of Runeterra, and we’re kicking things off with two skins each from the Dark Star & Cosmic Skin lines that are absolutely out of this world.

Caught in an eternal conflict, Cosmic Zephyr Yasuo and Cosmic Exile Riven serve as warriors to defend the light against the unspeakable horrors of the Dark Star’s thralls, Dark Star Zed and Dark Star Shyvana.

Champion skins are a new way to personalize your favorite decks by taking them to an entirely new dimension! Equipping a champion with a skin will alter the art for all copies of each of that champion’s levels, as well as their accompanying flavor text. Some skins have entirely new level-up animations, and alter the appearance of summoned units (i.e. Dark Star Zed’s Living Shadows).

Look out for even more information about champion skins tomorrow before the patch drops!

Grab a duo partner and a few of your favorite decks. It's time for an entirely new 2v2 experience with independent lanes! In Duo Queue: Shared Spoils, each teammate plays their own 1v1 match alongside their partner. A choice of unique ‘supply drop’ cards are offered to a player on each team every few rounds; the drops a player doesn’t choose are offered to their teammate, so choose your drops wisely to support your team! If both players on a team win, their team wins. If one player on each team wins their match, they’ll enter into a tiebreaker match to determine the winning team.

Just like with other co-op Labs, the P.I.N.G. system has returned with new pings to communicate with your partner - you can also drag and drop them on the board or directly on cards!

That’s not all, though. Bonus rewards await winners after each victory, with a small chance to earn Epic & Champion Wildcards, or even Prismatics if you’re lucky enough, so fight hard! 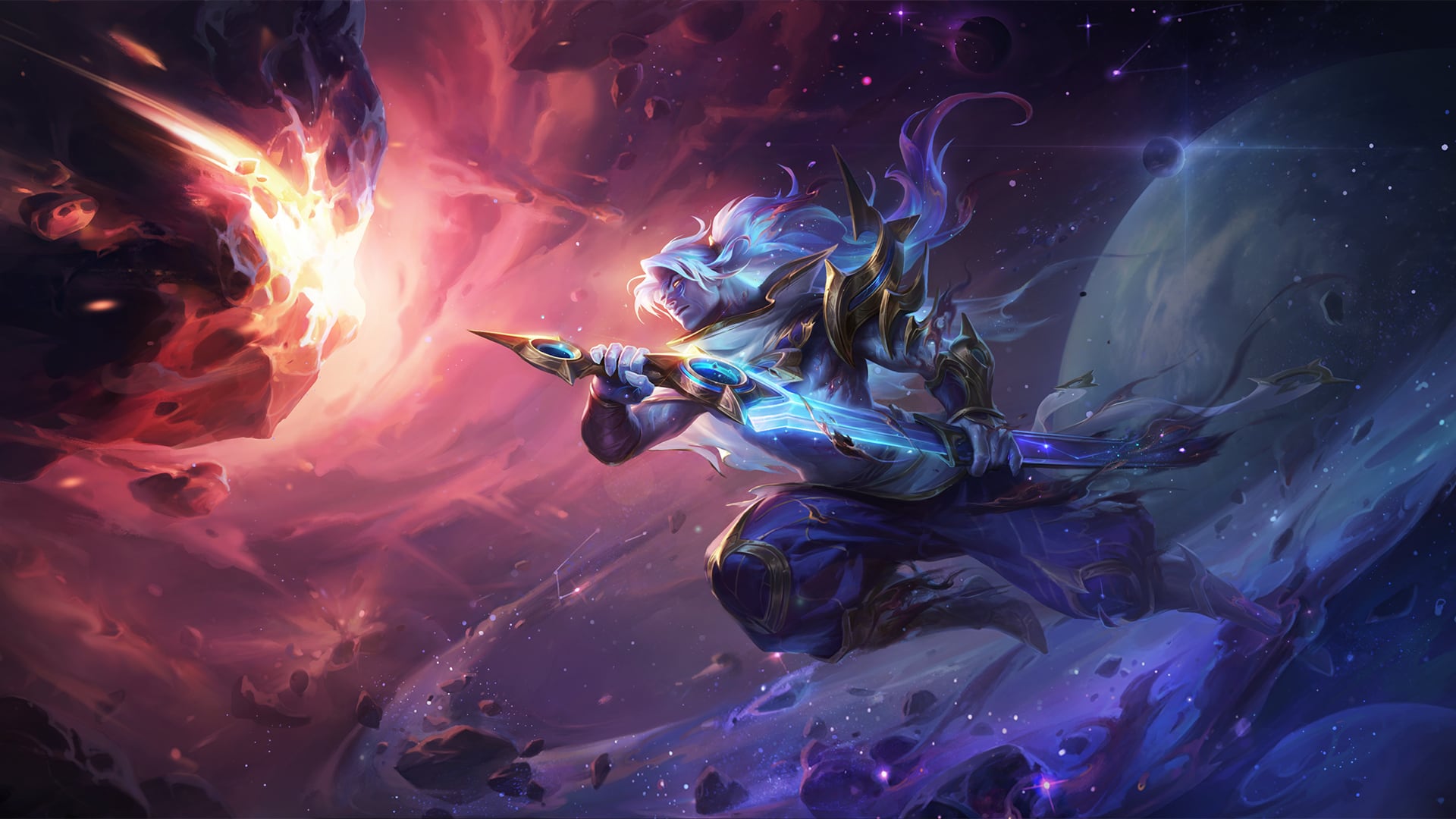 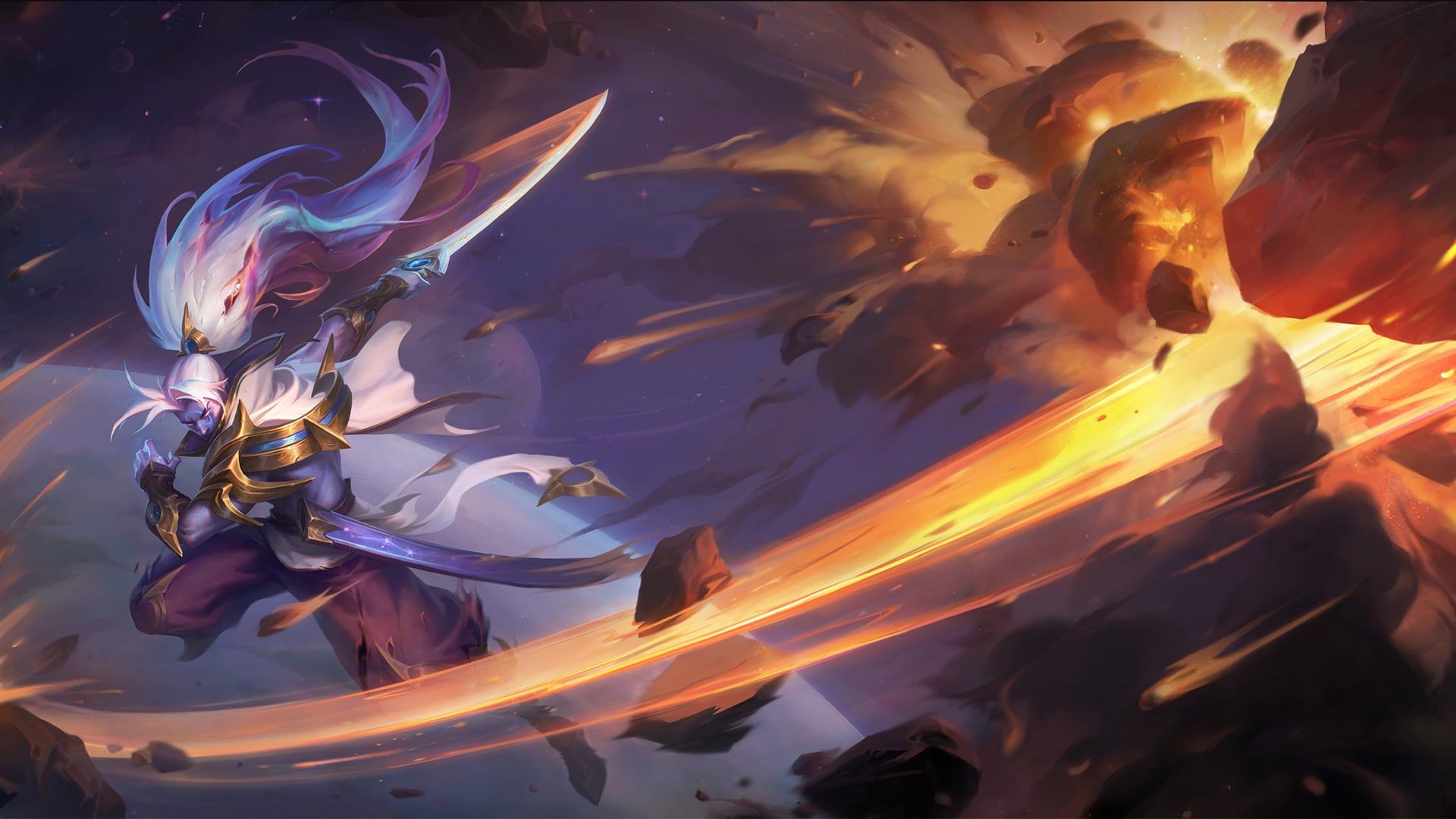 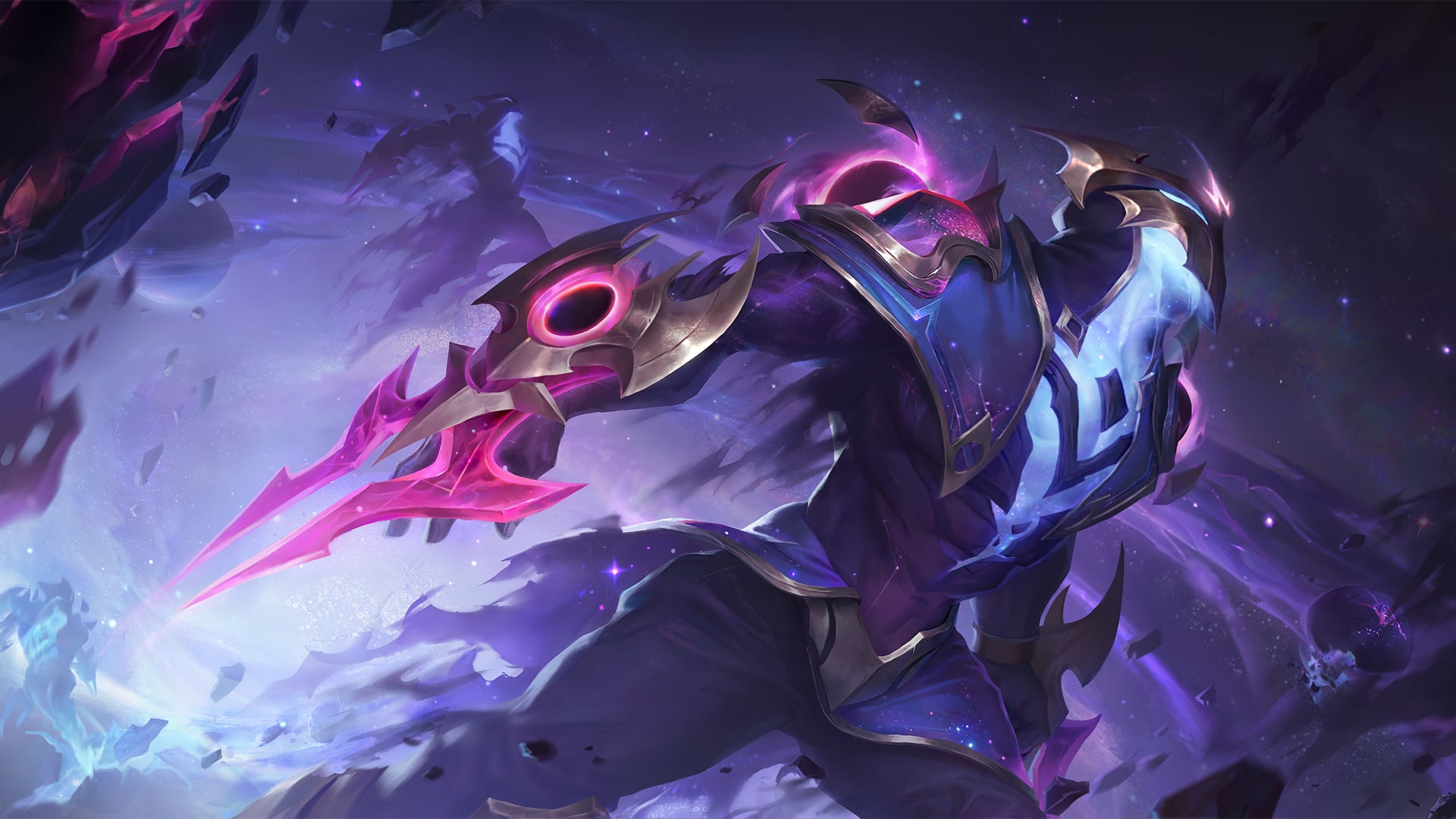 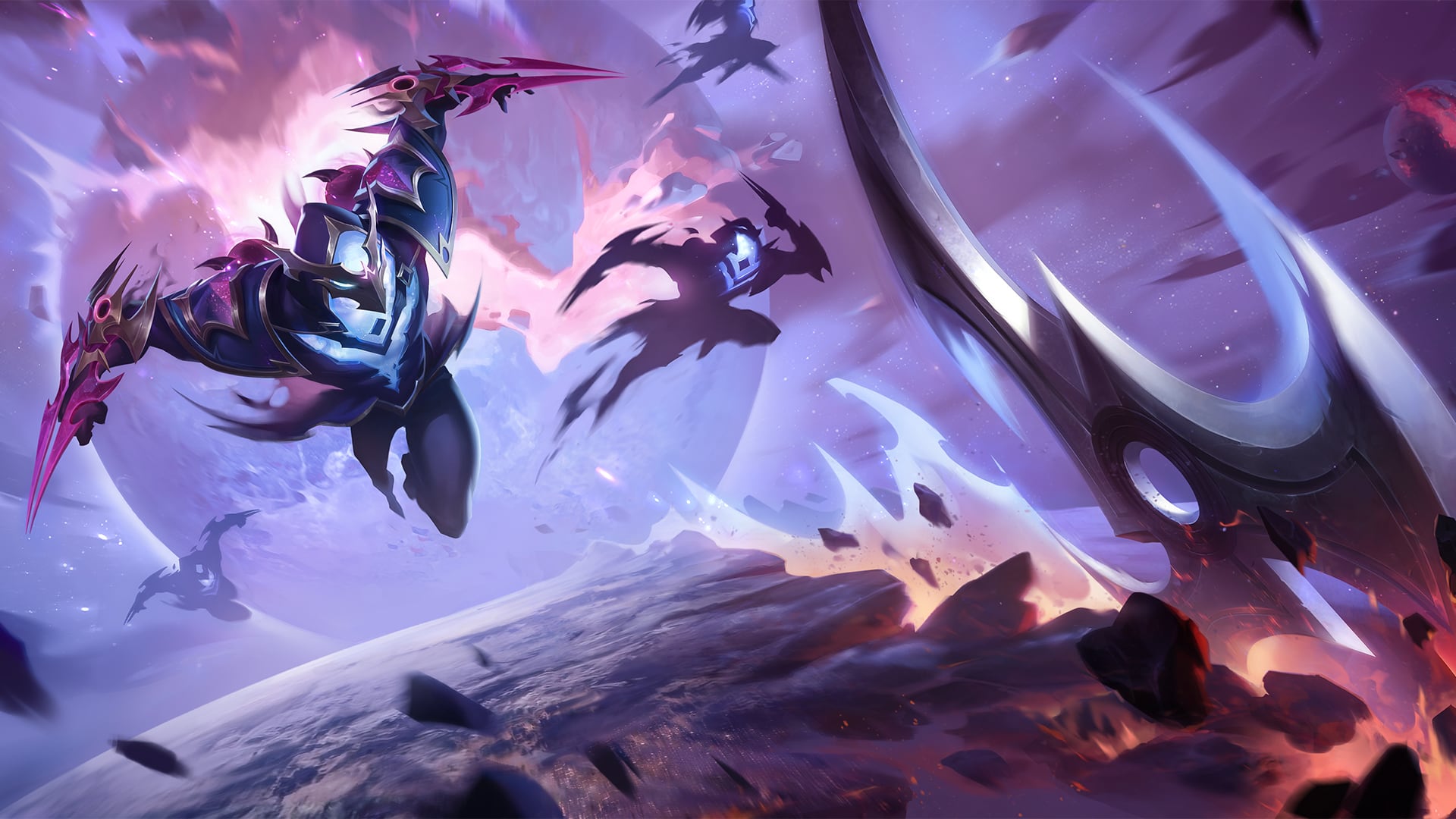 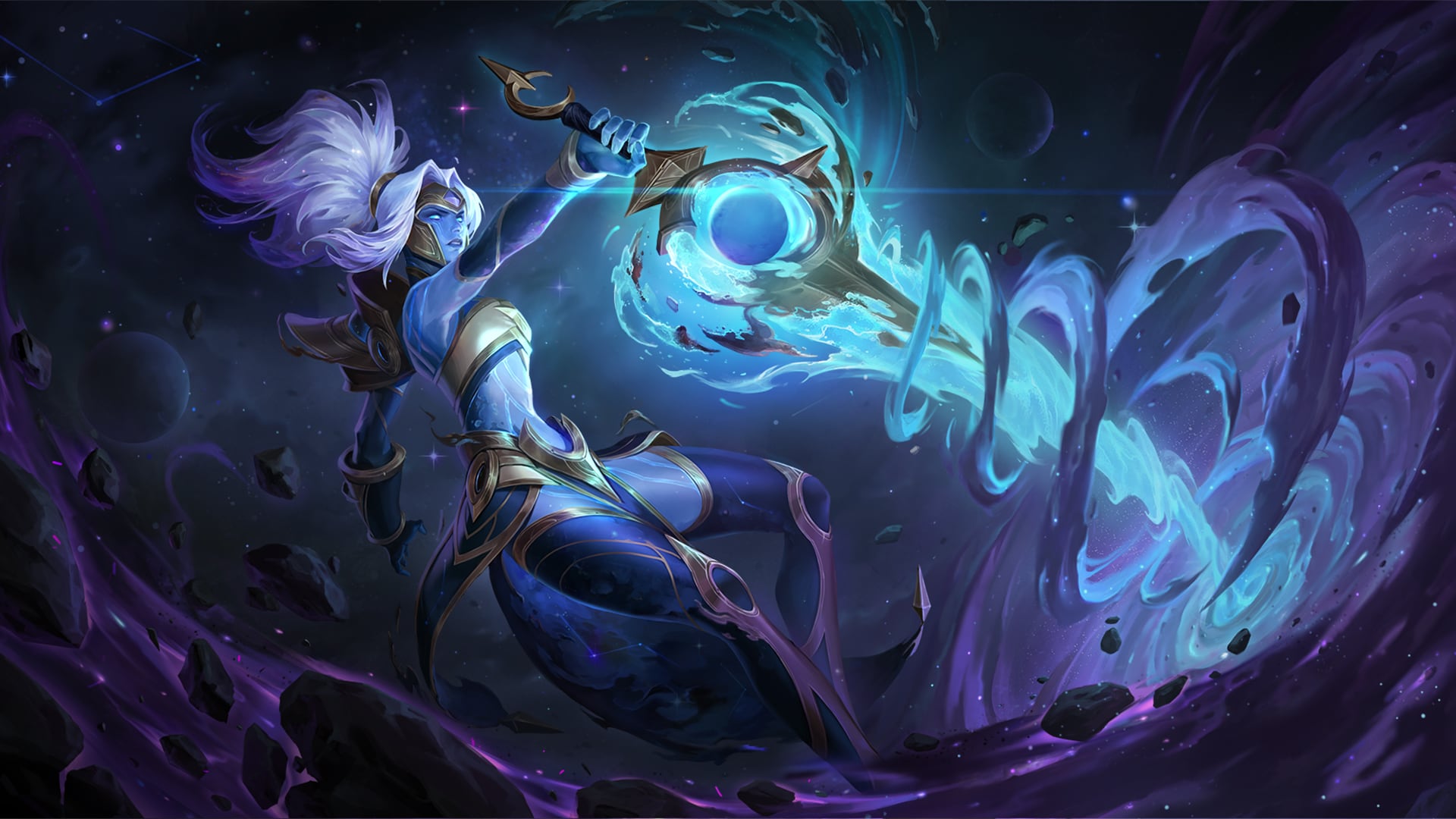 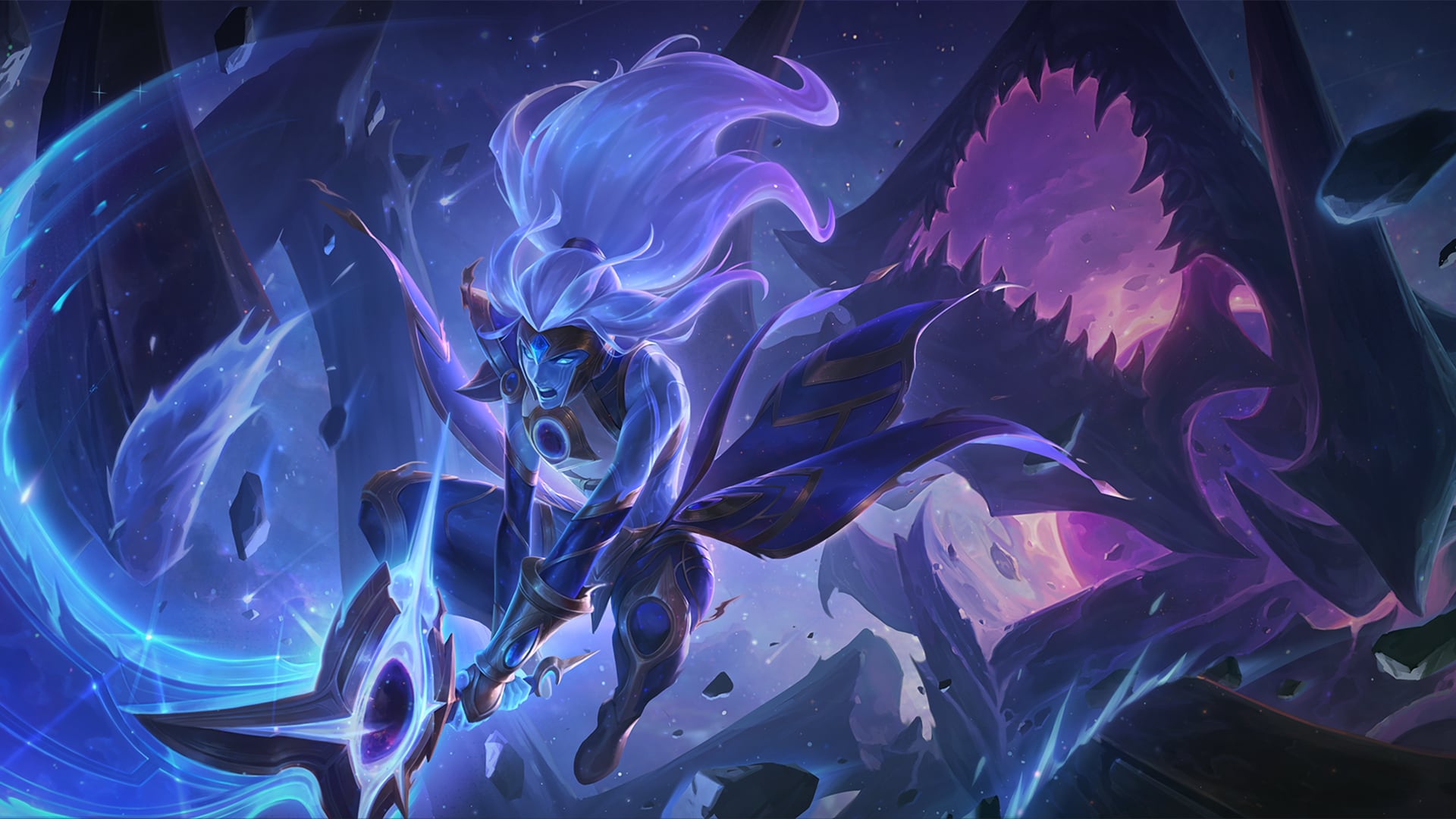 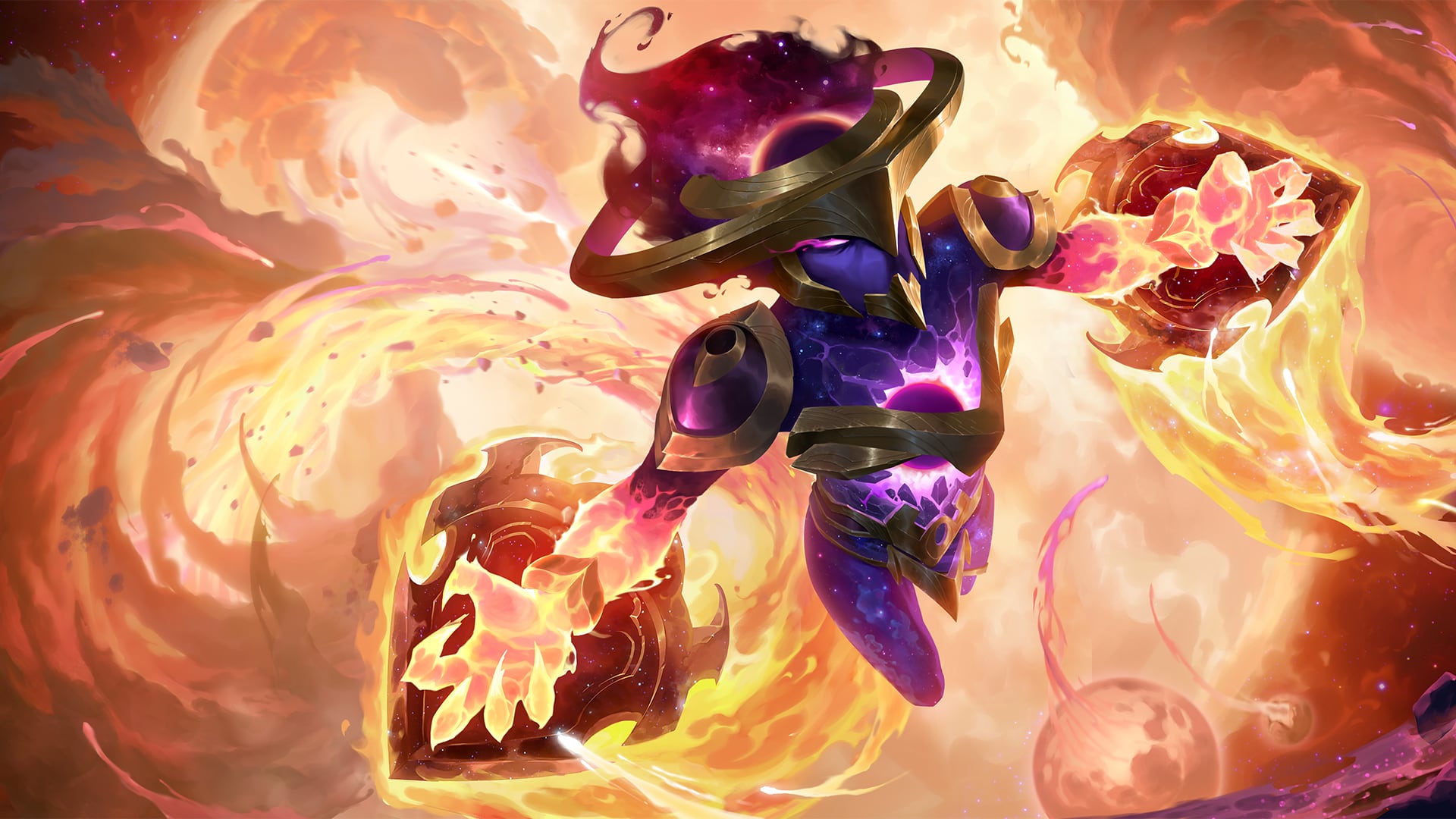 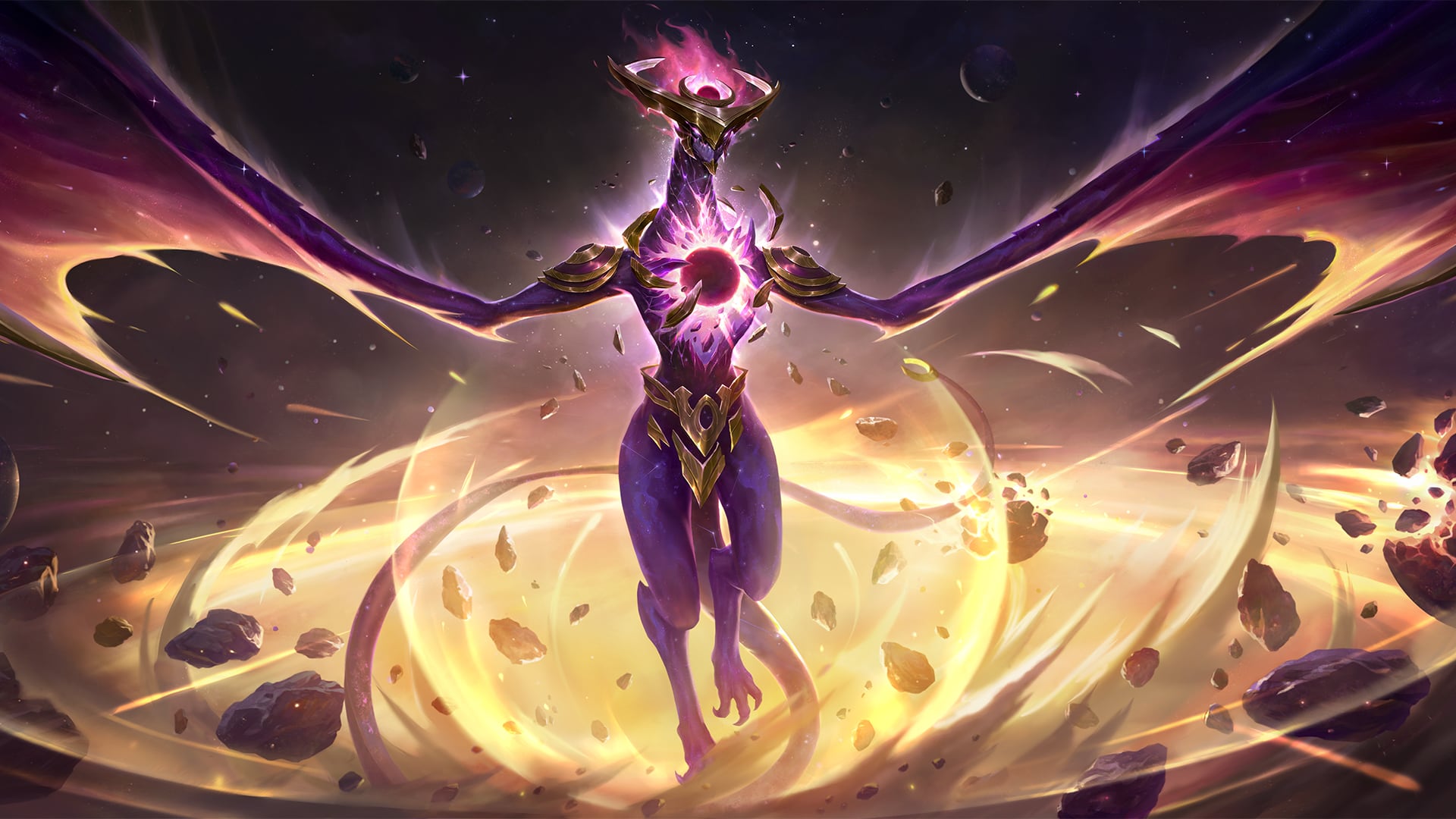 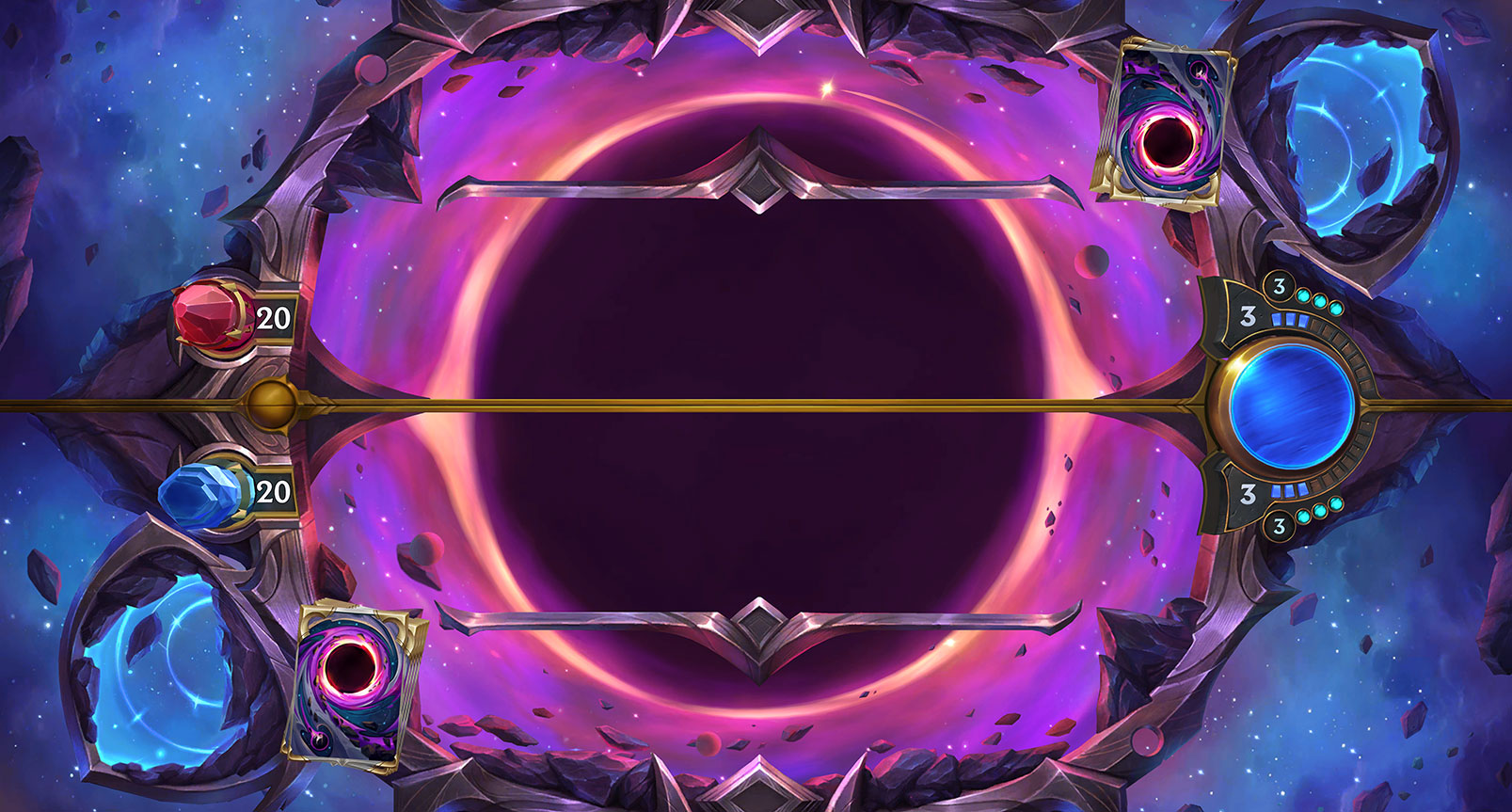 Dark Horizon
There is no escape
This board has special visual effects and music. 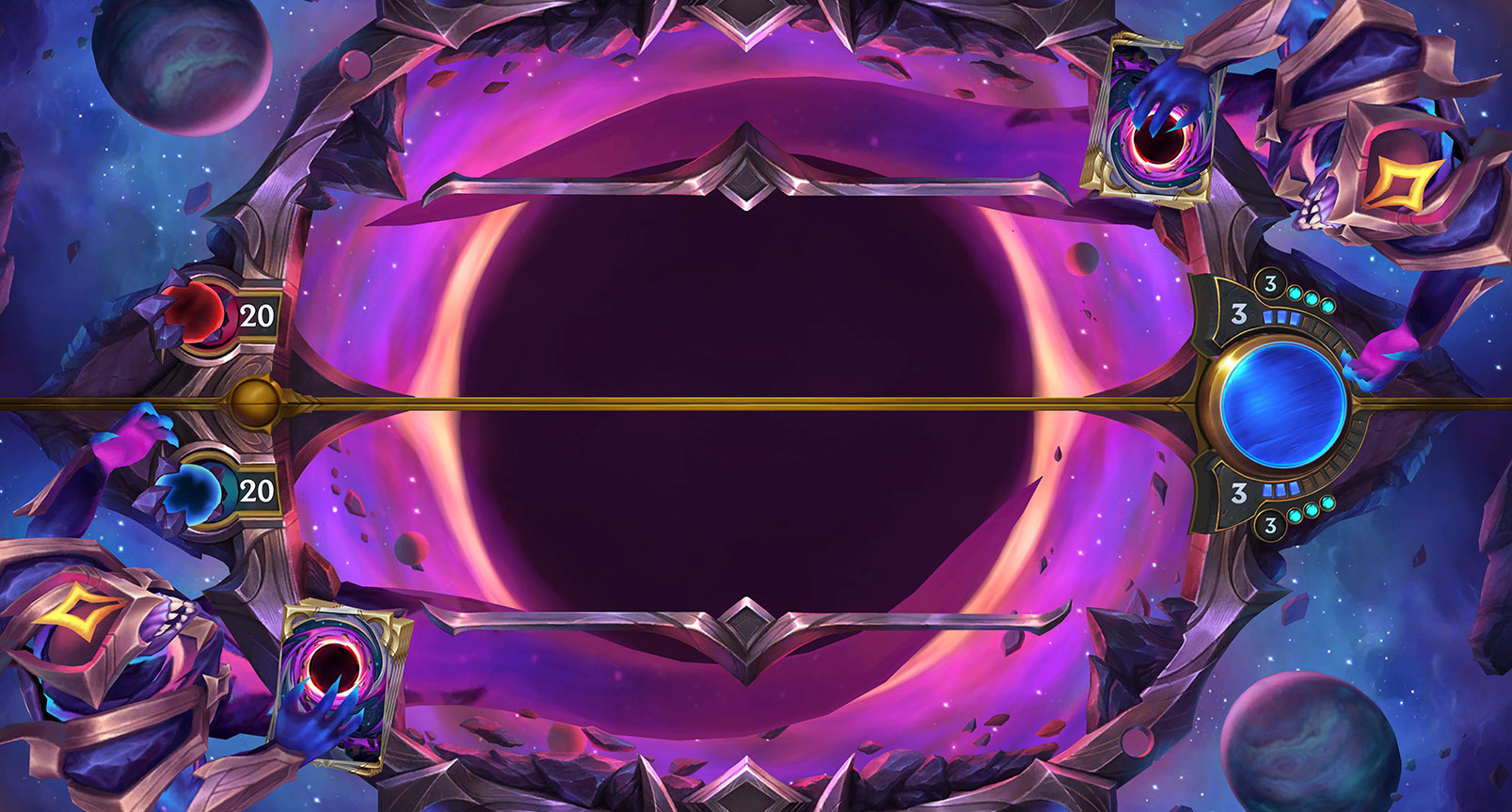 Dark Emissary’s Realm
Orbiting just beyond the singularity’s reach, the Emissary feeds the Dark Star anything with the misfortune to drift by.
This board is always equipped with an exclusive Mega “Dark Emissary” Guardian, interactive elements, special visual effects, and music.

Dark Star Von Yipp
Try not to let his cute widdle paws distract you from the promise of Armageddon in his eyes.
Personality: Beguiling
Loves: Batting planets out of orbit 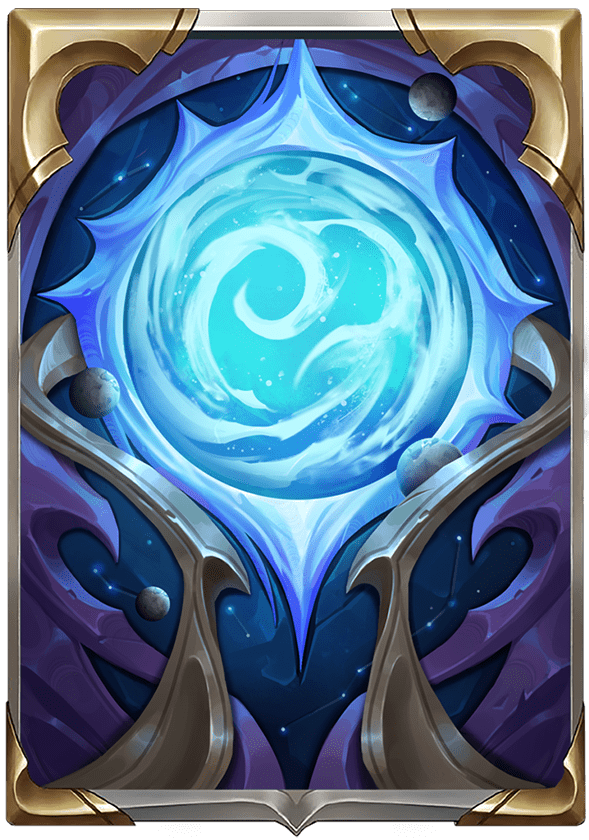 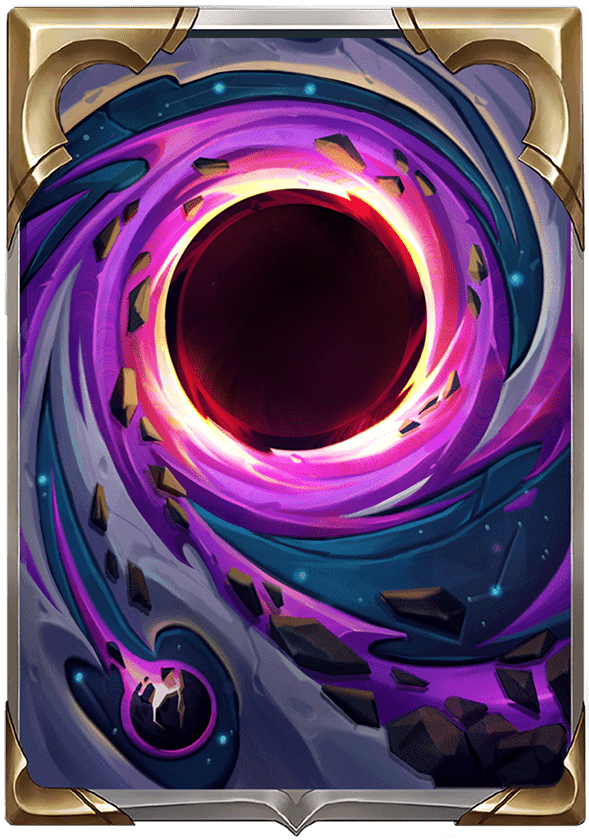 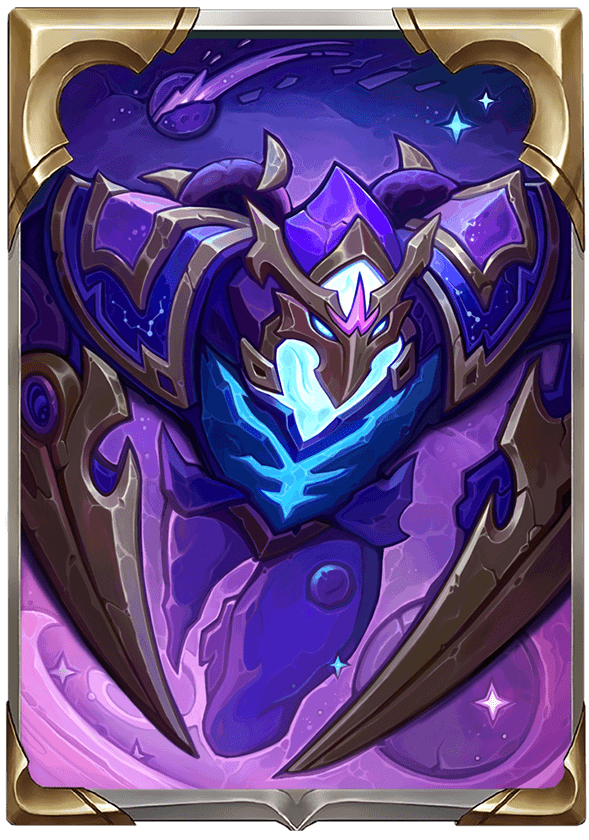 Shadow of the Dark Star 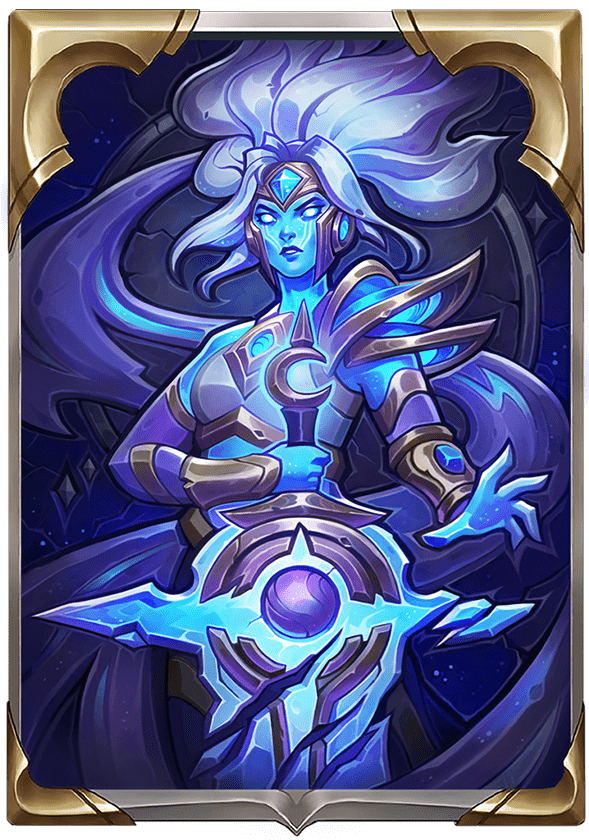 More Fired Up
There’s more where that came from. 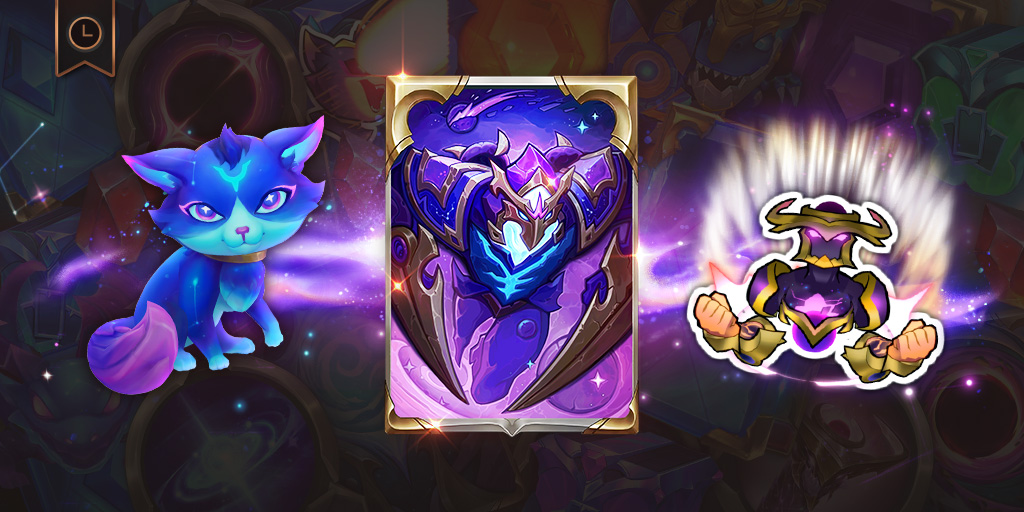 Horizon’s Edge Bundle is available in the store for 1590 Coins, prorated for any items owned in the bundle. Bundle includes: 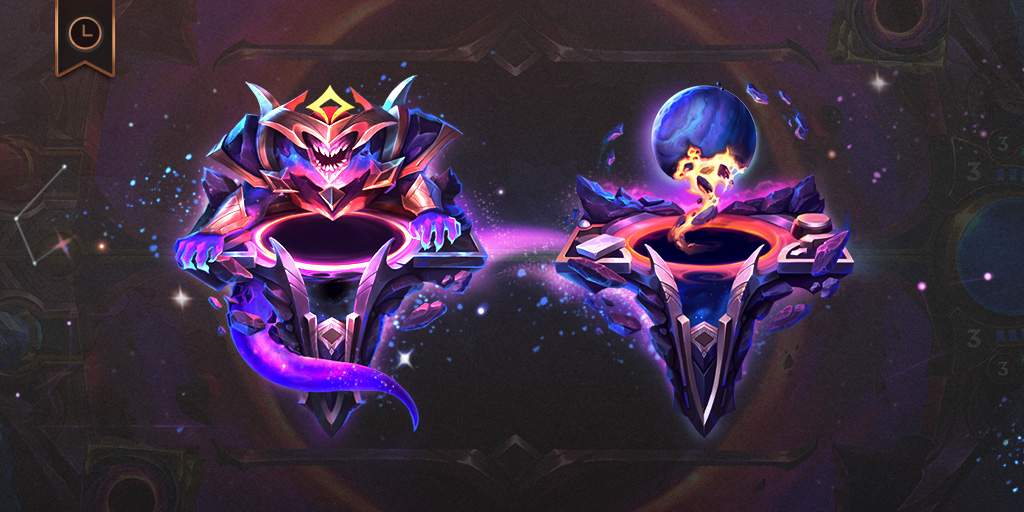 Cosmic Divide Bundle is available in the store for 4921 Coins, prorated for any items owned in the bundle. Bundle includes: 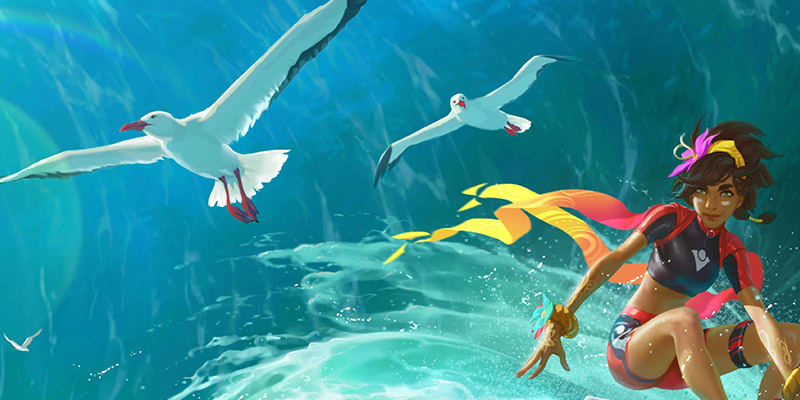 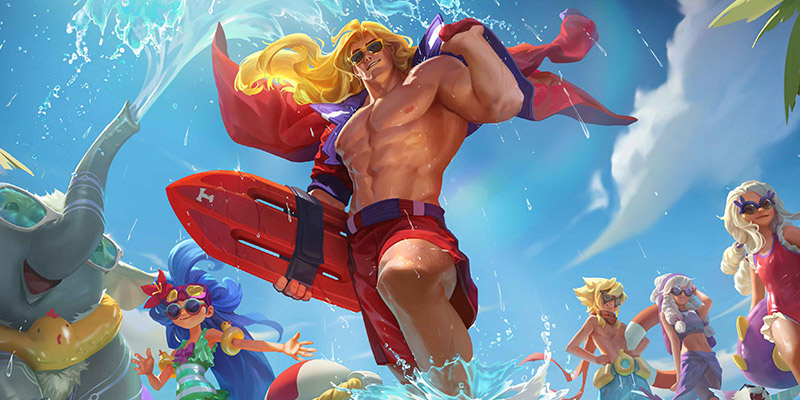 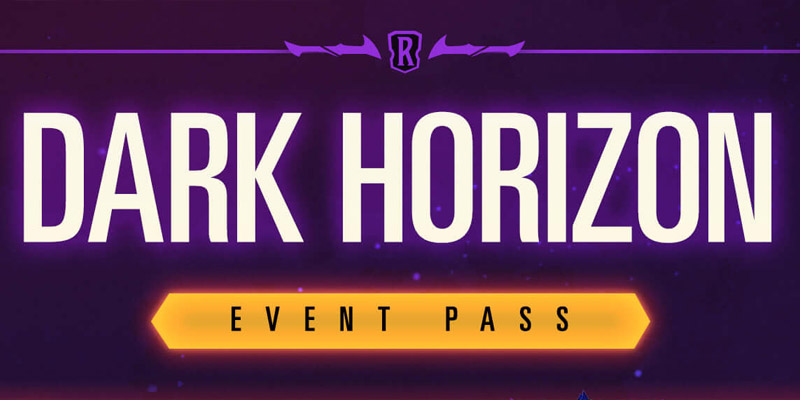 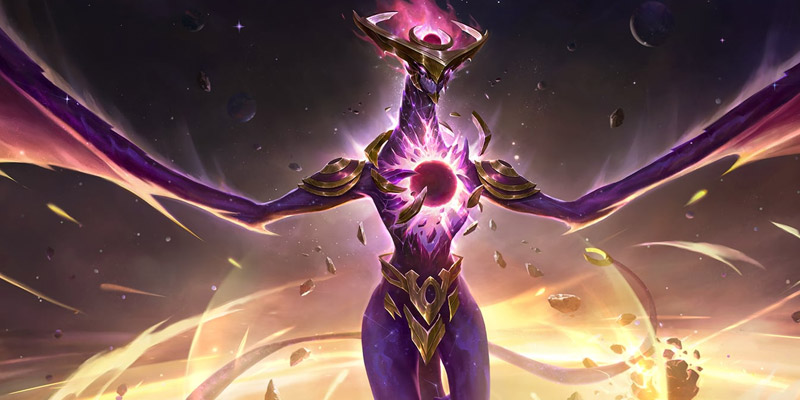