Legends of Runeterra Patch 2.19.0 drops this week and with it brings the Path of Champions event and Jayce Champion Expansion. Read on for more details!

Here are some highlights: 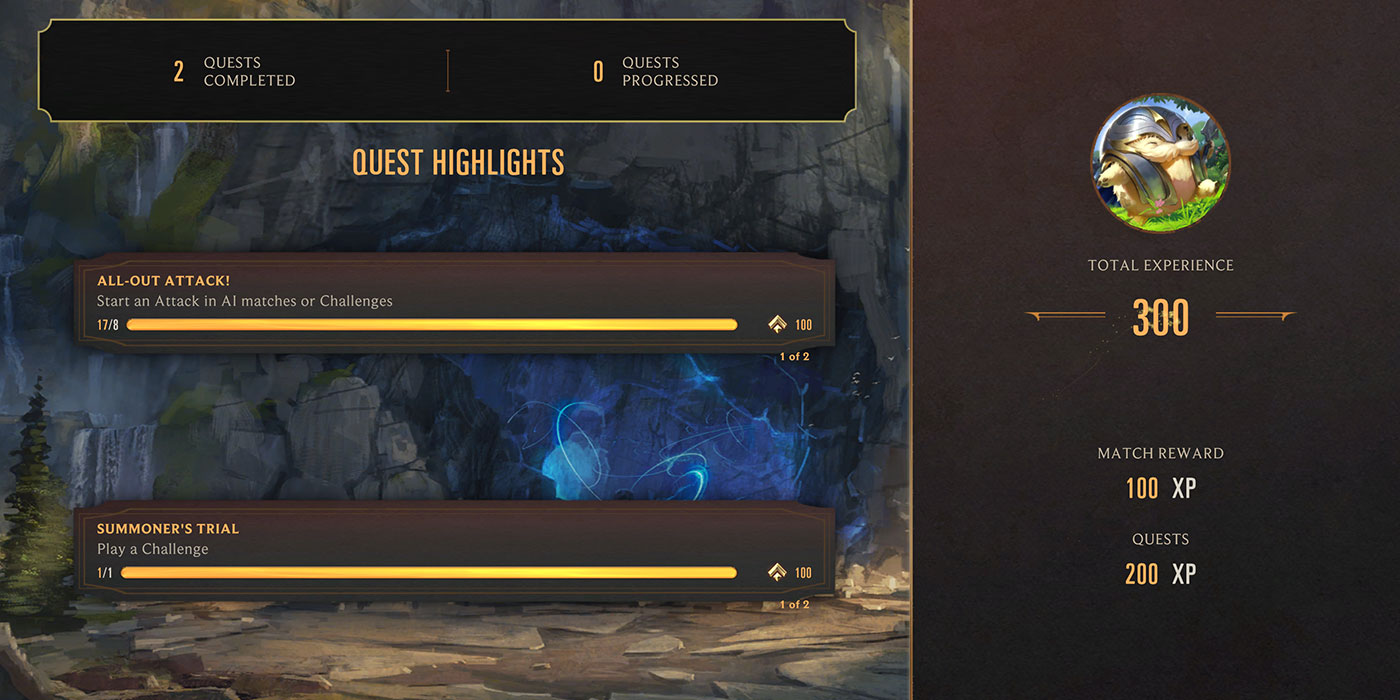 The new end of game screen.

The Path of Champions is Legends of Runeterra’s brand new PvE adventure mode coming in patch 2.19.0 on November 10 at 10AM~ PT. Travel across Runeterra as one of your favorite champions, conquer unique encounters, earn and equip powerful Relics, recruit allies, and upgrade your champion like never before to take on all-new challenges.

To celebrate Riot x Arcane, a special set of adventures are available in Piltover & Zaun, featuring fully-voiced & animated comics, as well as branching narrative choices to add storyful depth and flair to the regions’ inhabitants.

Jayce, Piltover & Zaun’s newest champion, arrives this patch with a veritable arsenal of hextech experiments and Piltovan allies! Jayce brings his transformation technology to Legends of Runeterra, allowing him to be played as either a Quick Attack or Challenger unit. A champion with an obsession for big projects, he levels up after playing big 6+ cost spells, and gains the ability to double cast them at level 2!

The Path of Champions Event Pass is available in the Store for 975 Coins:

Gear up for the adventure of your life. The path to progress awaits!

Purchase before November 23 to get an exclusive quest that awards 10 Hextech Marbles and a Rare Prismatic Chest! The event pass grants access to an upgraded event path with premium rewards, and immediately unlocks the Hextech Beast Guardian. All unlockable rewards can be viewed on the Event rewards road.

Event ends and pass expires December 8 at 9AM PT.

The Progress Day Party Bundle is available in the Store for 5310 Coins, prorated for any items you already own. Bundle includes:

The That Magic Touch deck bundle is available in the Store for 3202 Coins, prorated for any tems you already own:

Legends of Runeterra Patch Notes The Path of Champions