Riot Forge has released a trailer for Hextech Mayhem, a rhythm runner developed by Choice Provisions, known for their BIT.TRIP series, and published by Riot Forge. This is Riot's publishing company for games that take place in the world of Runeterra, but are developed by a third party, such as Airship Syndicate's upcoming Ruined King.

Hextech Mayhem is a rhythm runner, where Ziggs runs by himself and the player presses the right keys to help the little Yordle create explosive music. Ziggs is on a quest to build the greatest bomb that world has ever seen and is on the run from Heimerdinger who doesn't like to have any fun. The game is launching next week on November 16th on Switch, Steam, GOG, the Epic Store, and Netflix Games.

Pre-ordering the title on Switch, Steam, Epic Games, or GOG gets you a Ruined Ziggs Skin. More details on pre-ordering can be found on the official site. 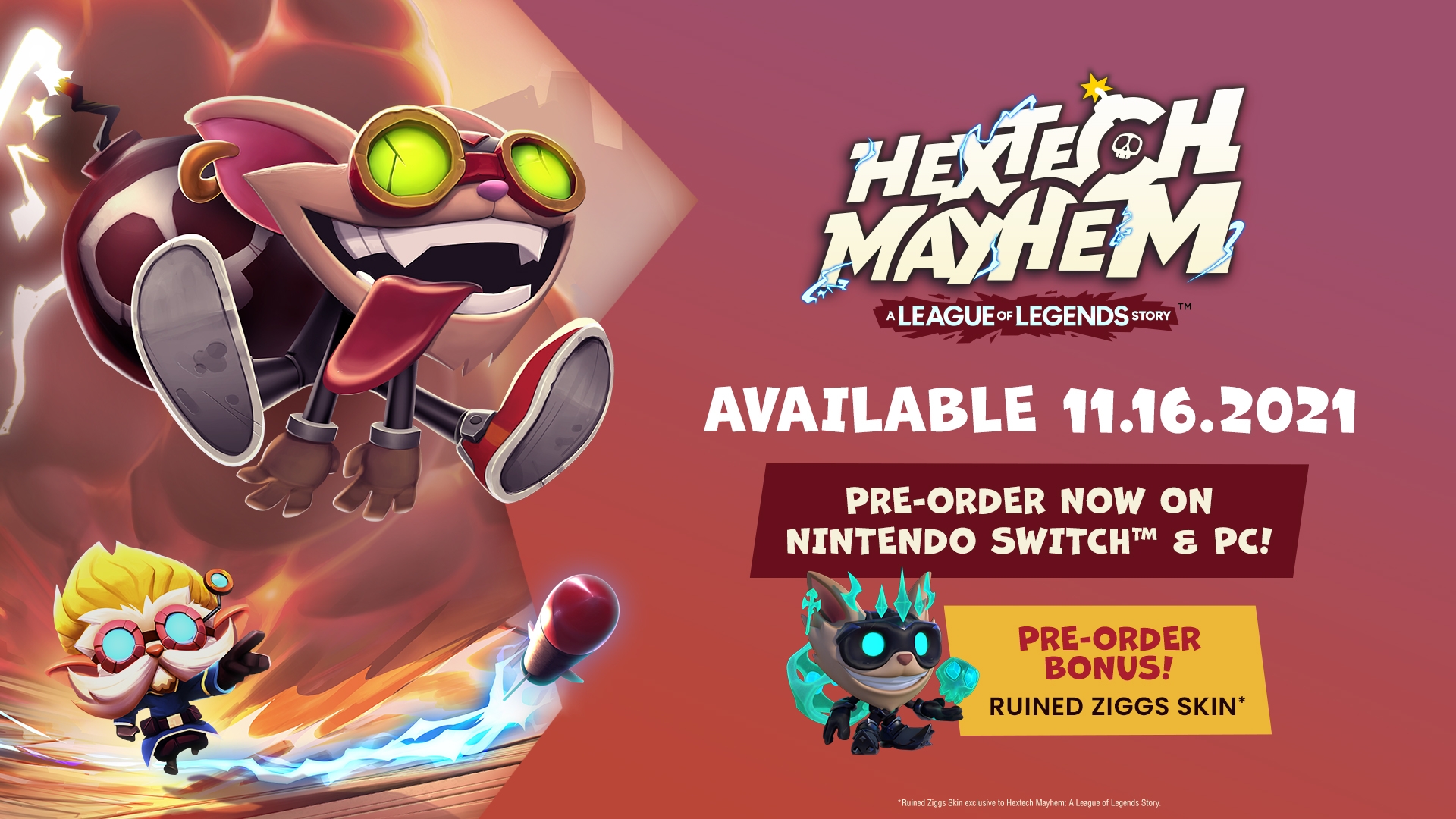 What do you think of the game? Are you excided to make some music with Ziggs? Or are you still waiting go hunt down The Ruined King when that game releases? Let us know in the comments below after you get a chance to watch the video.

Runeterra's Between Worlds Seasonal Tournaments is This Weekend - Details & Stream