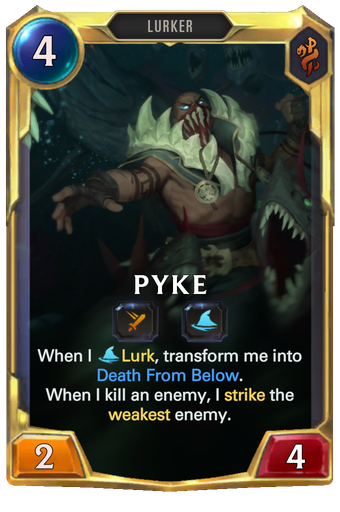 When I Lurk, transform me into Death From Below. When I kill an enemy, I strike the weakest enemy.

First he came for his old crew, then other captains, then cheaters, gamblers, and drunkards. Pyke's craving for revenge slowly gave way to a newfound lust for murder. Now, instead of only listing those who once wronged him, his growing manifest only illustrates what Pyke has become. 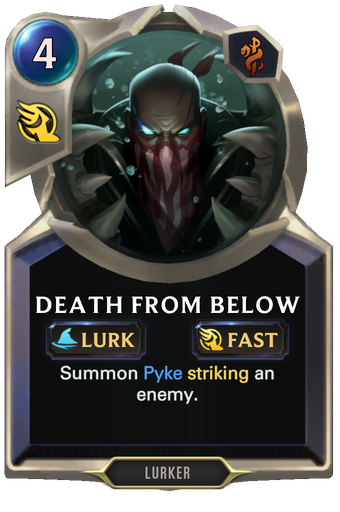 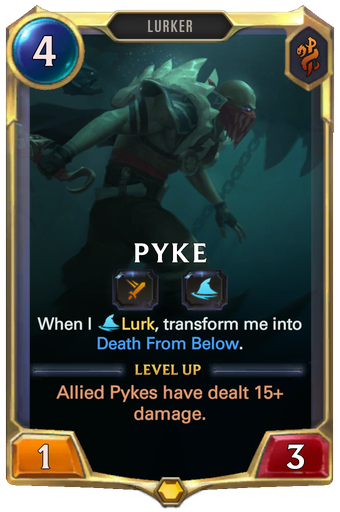 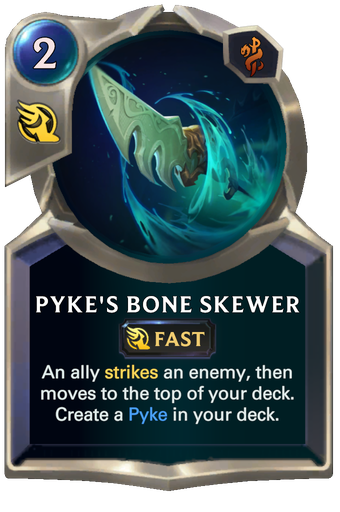 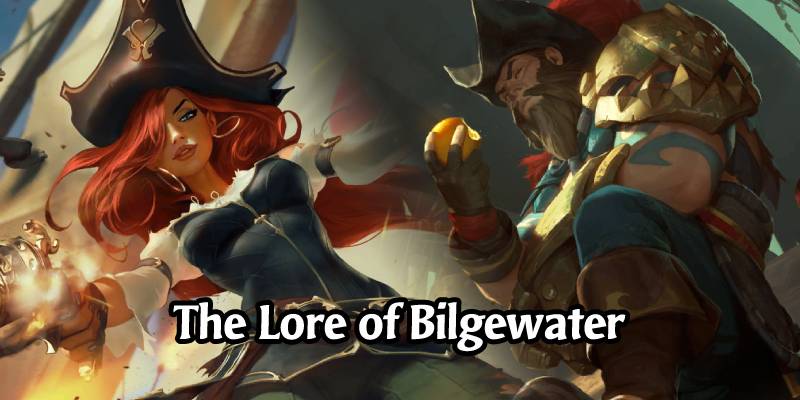 The Lore of Runeterra's Bilgewater and its Champions