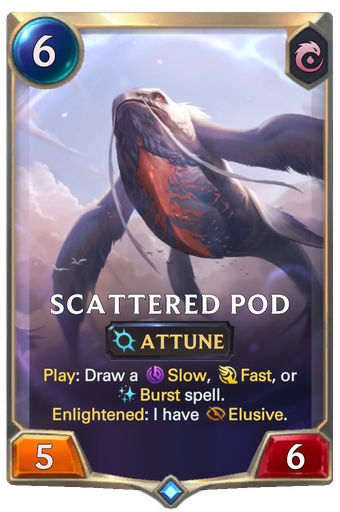 Play: Draw a Slow, Fast, or Burst spell. Enlightened: I have Elusive.

The strange and hauntingly beautiful sky-songs of the Cloud Drinkers kept some of the Black Mist at bay... but only for so long.