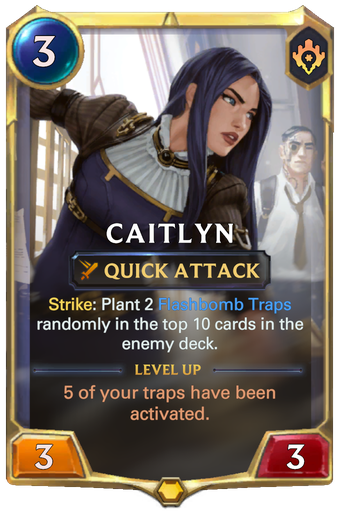 Strike: Plant 2 Flashbomb Traps randomly in the top 10 cards in the enemy deck.

Strike - Get this effect when a unit attempts to deal damage using its Power, either at the end of battle or with spells. Units with 0 Power can't strike.

Caitlyn was always a dogged and thorough investigator, a quality that helped propel her fast through the ranks of Piltover enforcement. But when a case concerning a certain 'C' came along, one that countless other enforcers had abandoned, it seemed almost as though Caitlyn had finally met her match. Almost. 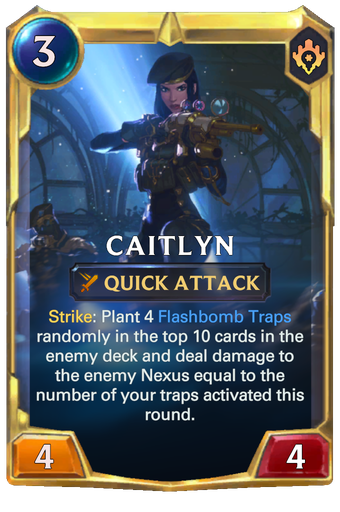 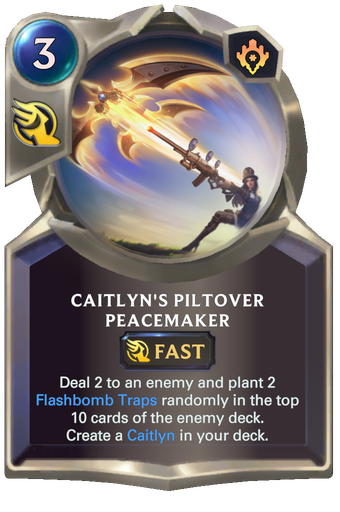 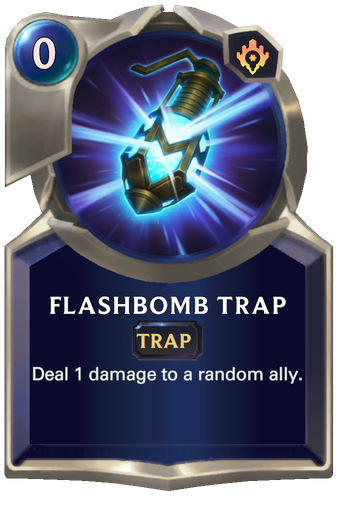