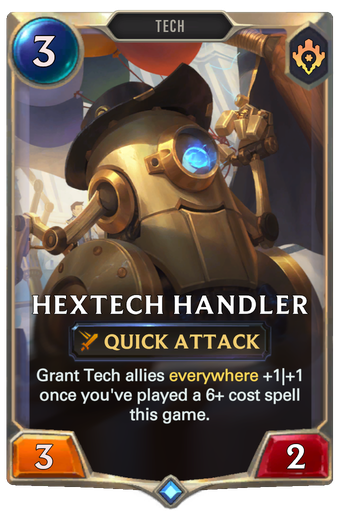 The Hextech Handler was initially constructed to transport raw materials through Piltover, but as time went on, the locals apparently developed a soft spot for him. Jayce's forge crew nicknamed him Nugget, a Piltovan lord reportedly donated a hat, and passing kids now adorn him with whatever they have to hand.