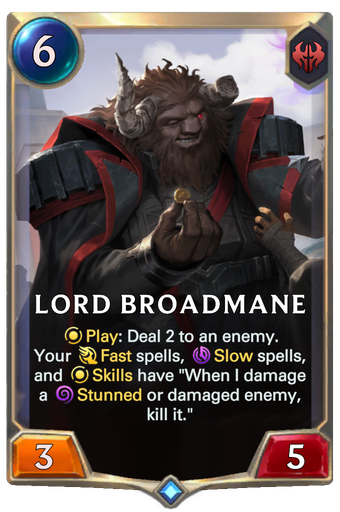 Play: Deal 2 to an enemy. Your Fast spells, Slow spells, and Skills have "When I damage a Stunned or damaged enemy, kill it."

"Act Two: A duplicitous lord with little to his name but a pilfered Kashuri gauntlet charms an audience of Ionians. However, his mask is crude, and easily seen through. He begs for his life, claiming ignorance. The iron hand he sought to rule with lies empty."