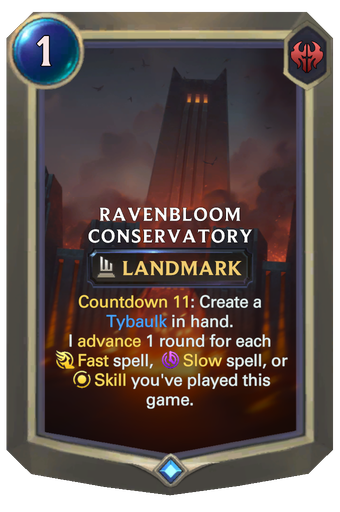 Countdown 11: Create a Tybaulk in hand. I advance 1 round for each Fast spell, Slow spell, or Skill you've played this game.

Landmark - Play onto the board for unique, ongoing effects.

Skill - A spell-like effect created and cast by unit.

"...by now, word has no doubt reached you of the Roseguard Academy's dismal failure. I expect you will learn from your sister school's failings. I expect you will manage your facility in a manner that benefits the empire." - A scorched letter found in the conservatory's rubble