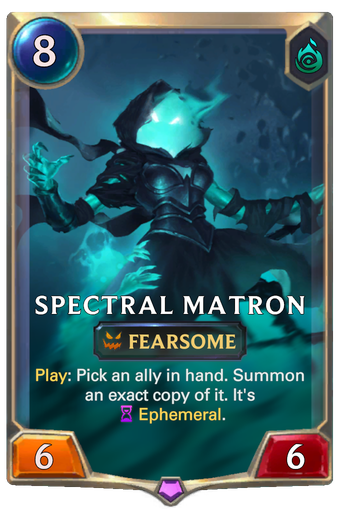 Play: Pick an ally in hand. Summon an exact copy of it. It's Ephemeral.

Ephemeral - This unit dies when it strikes or when the round ends.

Fearsome - Can only be blocked by enemies with 3 or more Attack.

The Ruination corrupted all those caught in its path. The kind became cruel. The brave became brutal. Reason gave way to resentment.