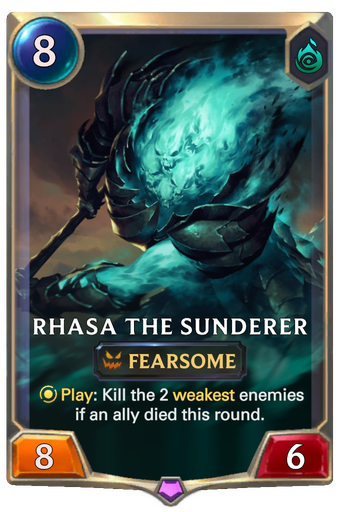 Play: Kill the 2 weakest enemies if an ally died this round.

Fearsome - Can only be blocked by enemies with 3 or more Attack.

"We were told... they called it a legend's journey. We were going to... for Demacia's future. We sailed with such hope. But all... all those lives... for what?" - Arie Wrence, Demacian soldier 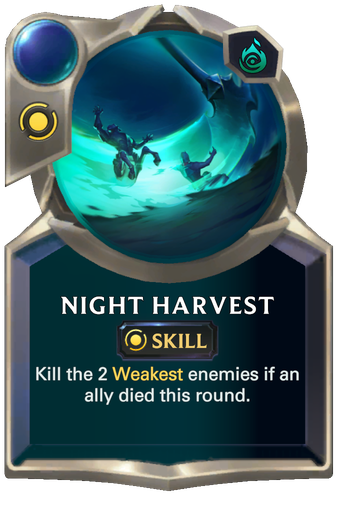