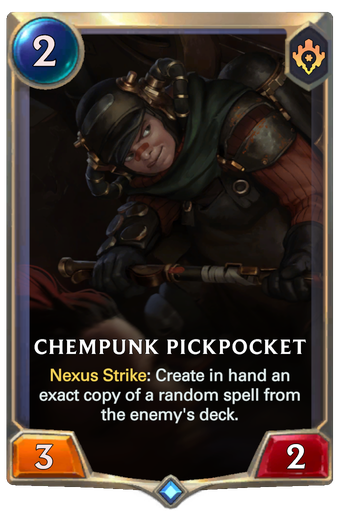 Nexus Strike: Create in hand an exact copy of a random spell from the enemy's deck.

Nexus Strike - Effect when the unit Strikes the enemy Nexus.

Those cast below the City of Progress were expected to turn on each other. But instead they bonded, found their feet as one, and created a new home. It wasn't much, but it was theirs. Zaun.