What is Attune in Legends of Runeterra?

Legends of Runeterra has many card effects that are common enough that they get their own keyword - a word or two that immediately tells you how the card works. Let's take a look at the Attune keyword.

Attune is a simple effect, adding 1 spell mana to your pool. In a way, you can see this as a conversion: at least 1 mana of a unit's cost is being turned into spell mana. You're banking part of the cost for later use...or immediate use if you have a cheap enough spell!

Keywords that Work Great with Attune

Any spell works great with Attune, whether they be Slow, Fast, or Burst spells. The cheaper the better, as you can chain Attune units with the spell mana for lots of "free" presence on the board.

Playing Against Attune in Legends of Runeterra

There's not much that can be done about Attune, as your opponent's mana is their's to play with. Forcing them into inconvenient positions is your best bet, wherein they must spend all of their mana on board-clears or unit resupplies. If they have to react to what you're doing, they cannot be proactive and engage their own strategies. 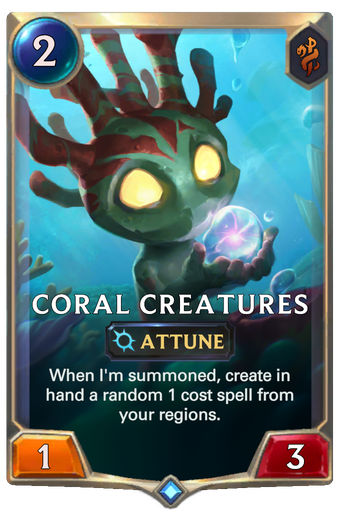 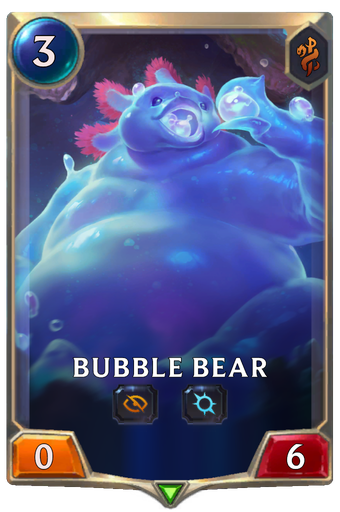 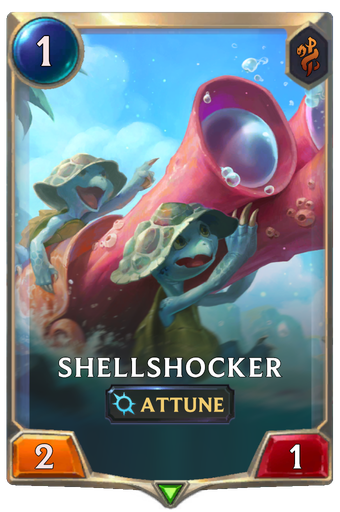 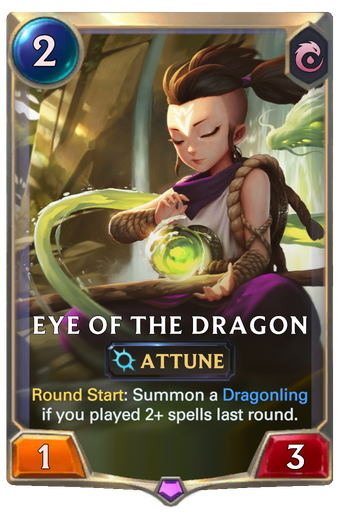 Coral Creatures comes free with inherent self-synergy, creating a 1-cost card that you can then use right away with the spell mana from Attune.

Bubble Bear doesn't use its Attune effect much, but it's an interesting card nonetheless. Having Elusive, you can use him to shield yourself from Elusive attacks whilst preparing yourself for the future with the spell mana.

Shellshocker is very straight-forward, with nothing else to go on except the Attune effect. Attune does make him essentially "free" in terms of mana-usage, however.

Eye of the Dragon is the only non-Bilgewater card with the keyword. Its Attune ability allows you to fulfill its Round Start requirement easier after you play it.