What is Augment in Legends of Runeterra?

Legends of Runeterra has many card effects that are common enough that they get their own keyword - a word or two that immediately tells you how the card works. Let's take a look at the Augment keyword.

Augment is a keyworded mechanic introduced in Cosmic Creation. Cards with Augment gain +1|+0 when you play a "created" card, or in other words, a card that didn't start in your deck and was instead generated somehow. Many cards in the game will specify that they "create" cards, although any card as long as it was generated in some way will count.

Keywords that Work Great with Augment

Augment pairs perfectly with another keyworded mechanic introduced in Cosmic Creation, Reforge. Since Reforge is adding cards to your hand, it's providing fuel for your Augment cards. The Phased Moon Weapons from Aphelios will also count, and in fact provide more constant fuel than Reforge does.

Since Augment cards keep gaining Attack as you play created cards, they can also be paired with attack-oriented keywords like Quick Attack, Lifesteal, or Overwhelm once their Attack reaches a high number and these effects will only get stronger as you play more cards.

Playing Against Augment in Legends of Runeterra

All Augment cards are in Piltover & Zaun, therefore you won't encounter them at all (at least not from their deck) if your opponent isn't playing this region in their deck.

The rate in which Augment cards grow is usually quite slow (at least naturally from Augment) meaning that you'll likely have quite a fair bit of time before they grow too threatening to either destroy them or just ignore them. Augment cards also start out fairly weak for their mana cost which makes this process easier to handle. Do also keep in mind that Augment will only grant Attack and won't grant Health.

Of the Augment cards, Nyandroid is one of the most potentially threatening due to its ability to grow whilst also being Elusive. Viktor will also make all created cards for the controller cost 1 less (as well as generating cards himself). These two in particular can spiral if left alone, so it may be best to deal with them as soon as possible. 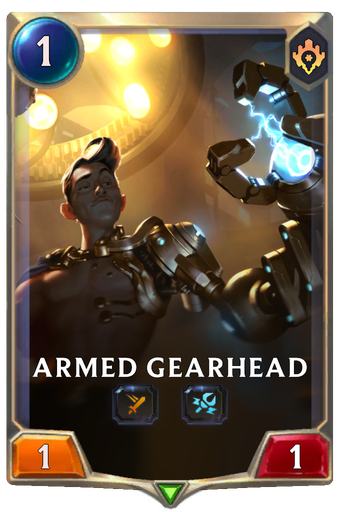 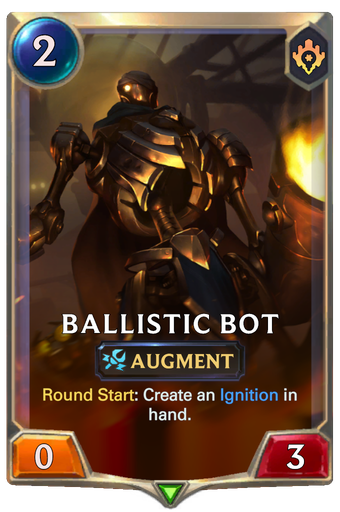 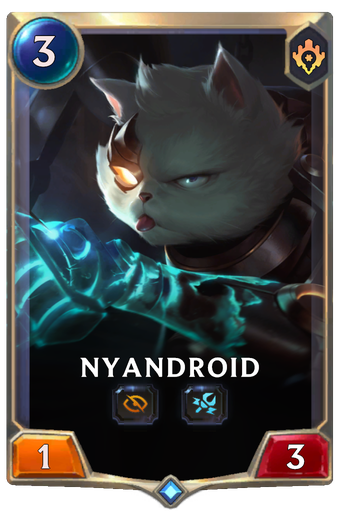 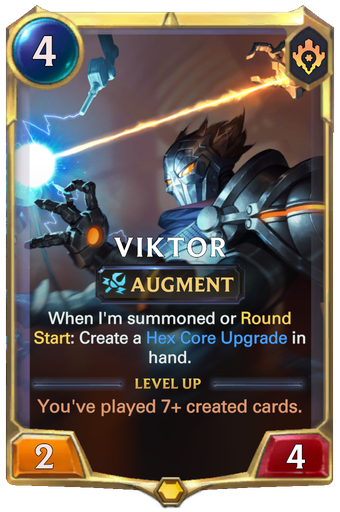 Armed Gearhead is the smallest Augment card in the game, starting off as a 1/1. It also has Quick Attack which synergizes with Augment allowing it to benefit from the increased Attack better.

Ballistic Bot is a simple Augment card that creates an Ignition token in hand. This Ignition token effectively gives you a trigger for your Augment effects. It otherwise though does not have an additional effect to benefit from gaining Attack.

Nyandroid is an Augment card with Elusive, which can be particularly deadly if left unchecked as it will be able to dodge a lot of combat and swing the enemy Nexus for tons of damage.

Viktor is a champion card in which uses created cards for several things. In addition to having Augment, it will also continually create Hex Core Upgrades in your hand every turn to boost its Attack, and will level up when you play 7 or more created cards in a game. While leveled up, it will also make all your created cards cost 1 less to play.