What is Burst in Legends of Runeterra?

Legends of Runeterra has many card effects that are common enough that they get their own keyword - a word or two that immediately tells you how the card works. Let's take a look at the Burst keyword.

Burst is a spell descriptor that tells you when the spell will resolve; thankfully, that would be immediately!

Unlike with Slow or Fast spells, nothing can happen until your Burst spell is finished playing out. This can be used to dramatically alter the outcome of events, essentially acting as a stop-gap for future effects. Because Burst stops either player from playing another spell until it's over, you know it's going to activate no matter what.

Keywords that Work Great with Burst

While not a specific keyword per se, Burst works great for applying stat buffs to your units when you desperately need more Health to stave off being killed, additional Power to push for extra damage, or to apply a keyword onto a unit. Burst is highly flexible in that way.

Playing Against Burst in Legends of Runeterra

Unfortunately(?), there's not much that can be done to "defeat" a Burst spell: your best bet is to watch your opponent's Mana and Spell Mana, and anticipate when a Burst spell might be played. It's going to resolve if it's played, so you'll just have to deal with the after-effects. 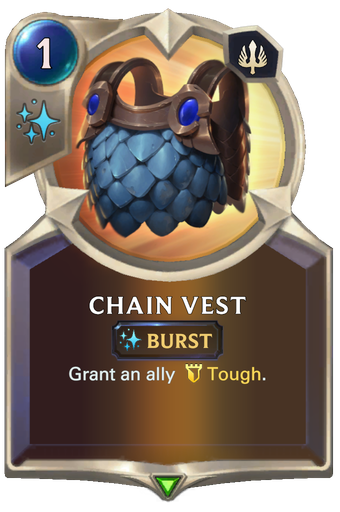 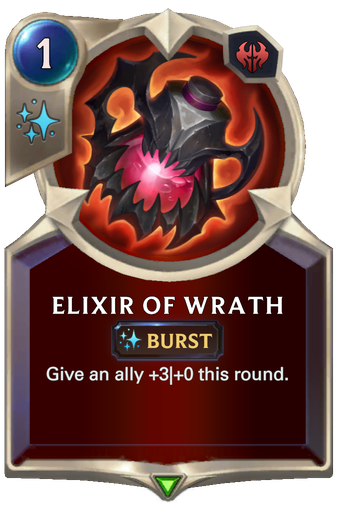 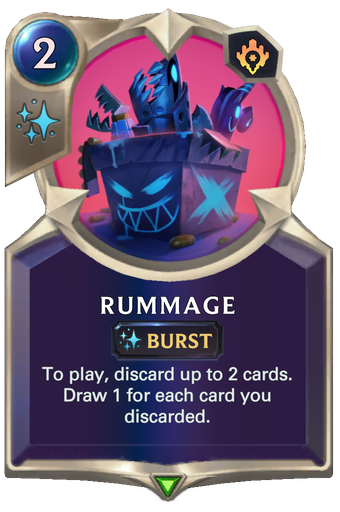 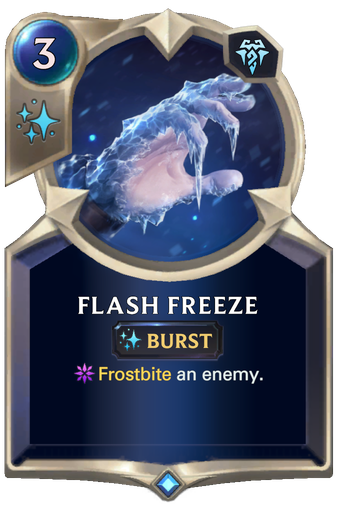 Here we have four different examples of how Burst works in Legends of Runeterra.

Chain Vest provides the Tough keyword to a unit, allowing them to resist 1 point of damage per strike. Play this on a unit you expect will take a lot of hits (Like Braum), and watch them shrug off damage with ease.

Elixir of Wrath gives a unit +3 Power straight away, allowing for greater Nexus damage or to trade up into a higher-Health enemy unit. Combine this with Overwhelm for a surprise uptick in damage!

Rummage is a two-for-one effect if played properly: combo this with spells like Jury-Rig or the unit Flame ChompersBADCARDNAME to benefit from the discarding, while also refilling your hand.

Flash Freeze allows you to suddenly Frostbite an enemy, dropping their Power to zero. Use this to save your Nexus from lethal damage, or to prevent a unit from being killed.