What is Challenger in Legends of Runeterra?

Legends of Runeterra has many card effects that are common enough that they get their own keyword - a word or two that immediately tells you how the card works. Let's take a look at the Challenger keyword.

Can choose which enemy unit blocks.

Challenger, while only usable whilst attacking, can be employed for a variety of strategies.

Challenger allows you to pick-and-choose who will block your attacking unit(s), meaning you can always set up the most advantageous battlefield imaginable. Challenge with your weaker units so your strongest unit gets to attack the enemy Nexus directly. Challenge in such a way that all of the enemy units will die, clearing the table of potential threats. Or just Challenge such-that all of your units will survive to the next round, allowing for additional strikes or to level up a particular champion.

Keywords that Work Great with Challenger

Barrier is a great keyword to pair with Challenger. A unit with Challenger is going to be allowed to pick which enemy unit it blocks which when combined with a Barrier gives us a chance to let our bigger units through to the enemy Nexus and keeping our little units alive to rinse and repeat.

Playing Against Challenger in Legends of Runeterra

Challenger only works when on the Attack, meaning their Defense phase is limited like normal. Dictate the tide of battle by forcing them to defend with their Challenger units! Otherwise, you can rely on Fast or Burst spells to upgrade the stats of units placed at a disadvantage, playing cards such as Elixir of Wrath to trade better. 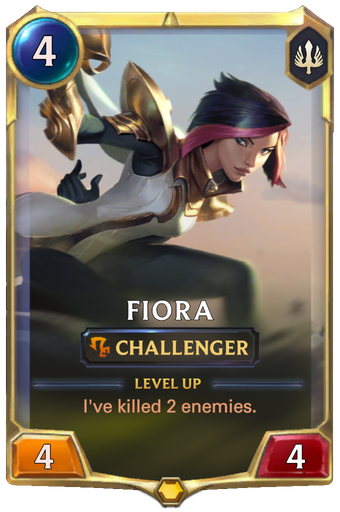 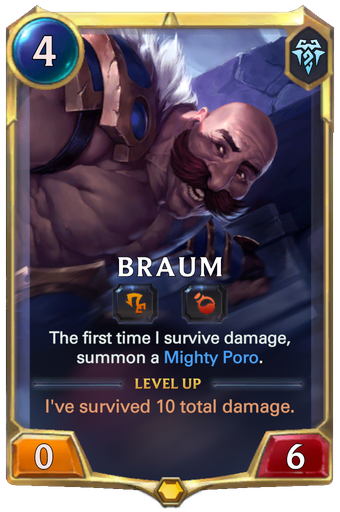 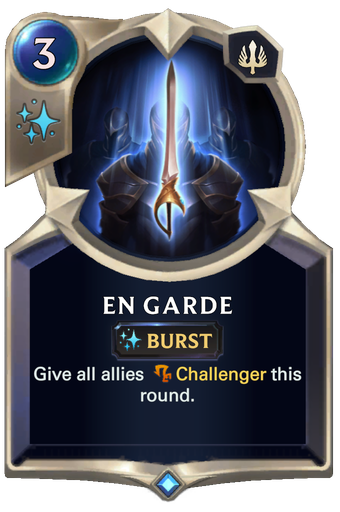 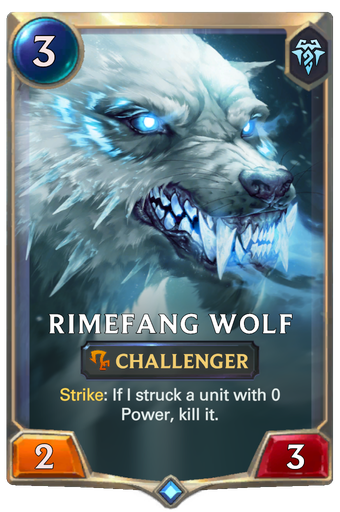 Fiora's level up requires her to defeat units, and she can win the game outright if she defeats enough enemies. Challenger allows the Ultimate Duelist to pick the fights she wants, to minimize damage while insuring she comes out on top every time.

Braum's level up requires that he takes damage and survives. While he has zero Power, he can still "attack" and goad people into damaging his shield/high Health.

En Garde provides Challenger to all allied units, meaning you have total control over how the upcoming combat will play out. Strategize appropriately to come out on top.

Rimefang Wolf has a unique effect which allows him to kill enemies with zero Power (like Braum, or enemies with Frostbite). Pull the correct units so you can instantly defeat weakened enemies.