What is Drain in Legends of Runeterra?

Legends of Runeterra has many card effects that are common enough that they get their own keyword - a word or two that immediately tells you how the card works. Let's take a look at the Drain keyword.

Heal our Nexus for the amount of damage dealt

Drain is a combination keyword, in-that it both inflicts damage to a unit and heals your Nexus for the same amount. It's like Lifesteal, but for damaging spells.

Like any removal spell, Drain goes as far as you're willing to take it. Drain one of your own units to stave off death. Remove a pesky enemy unit before it can block. Damage an enemy so that your unit can finish the job.

Keywords that Work Great with Drain

Drain is currently relegated to spells, so there is no keyword that works with Drain.

Playing Against Drain in Legends of Runeterra

Barrier is your friend here. Drain inflicts damage like any-other removal spell, and Barrier will negate the first instance of damage dealt to the unit. This also means they'll heal nothing, because no damage was dealt! 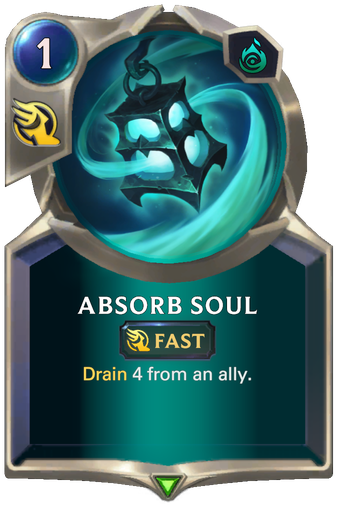 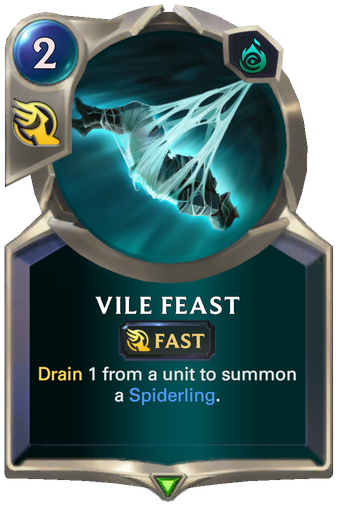 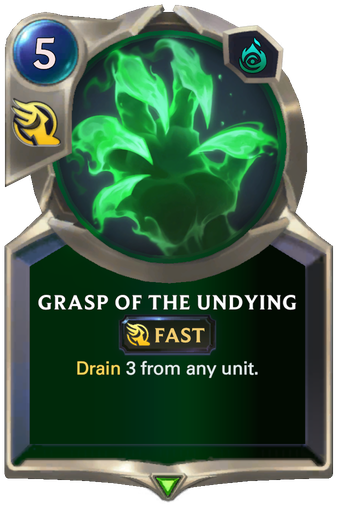 Absorb Soul seems like only a desperation play at first glance, but there's more to it than that if you're willing to embrace the dark side. Purposefully kill minions with Last Breath to trigger their effects, such as Cursed Keeper or Caustic Cask, or to activate the effects of cards that want allies to die, such as Kalista or Phantom Prankster. For the Shadow Isles, death is just the beginning.

Vile Feast is a quick ping of damage, along with a small 1/1 spiderling summon. Use it to bolster your table for an Elise level-up, or to deal with blockers.

Grasp of the Undying is a larger source of Drain damage, allowing you to take down stronger targets with it. Help a smaller unit trade up, or remove an enemy from the game outright.