What is Elusive in Legends of Runeterra?

Legends of Runeterra has many card effects that are common enough that they get their own keyword - a word or two that immediately tells you how the card works. Let's take a look at the Elusive keyword.

Can only be blocked by an Elusive unit.

If you know anything about Magic the Gathering, you can tell that Elusive is very similar to a keyword of their own: Flying. And much like Flying, Elusive is great for inducing headaches in your enemies.

Elusive units can only be blocked by other units with Elusive; otherwise, it's a free ticket straight to Nexus-town. If that wasn't already annoying enough (and it comfortably is), the best Elusive units come with other goodies that benefit from getting through an attack unmolested.

Keywords that Work Great with Elusive

Lifesteal is a great keyword to pair with Elusive. Your opponent is already struggling to hit your Elusive units, but now they have to deal with a Nexus that is continuously healing itself as well *cue evil laughter*

Playing Against Elusive in Legends of Runeterra

Unfortunately, the best way to fight Elusive is with...you guessed it, more Elusive. It's the only way to guarantee that you'll be able to block their units. Otherwise, you'll have to pressure them into a poor defensive position, blocking when they'd rather not. Fortunately, Elusive units tend to have bad stats for their cost, to make up for their powerful keyword. 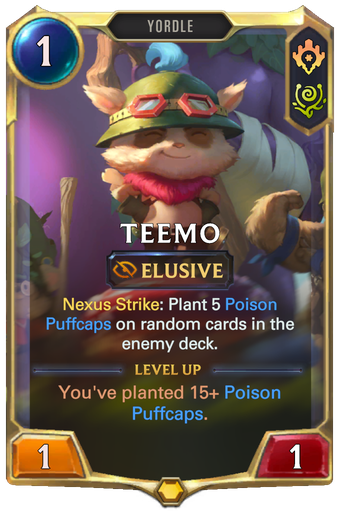 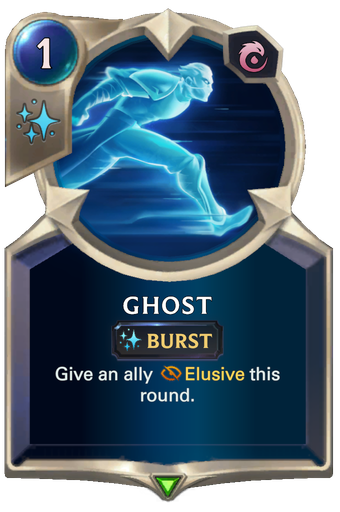 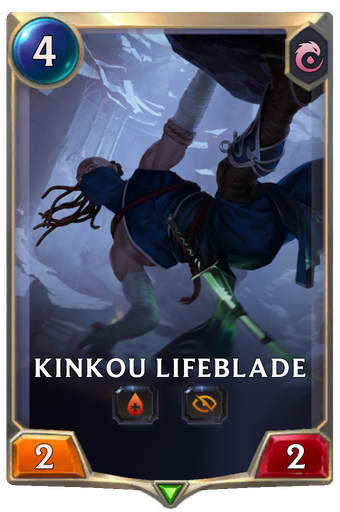 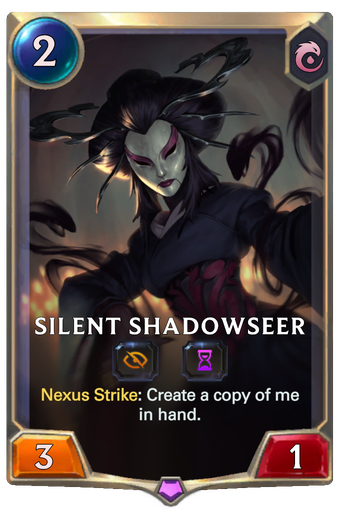 Teemo's Elusive allows him to bypass defenders, so he can inflict damage to the Nexus and activate his Poison Puffcap ability. Turns out he's just as annoying in LoR as he is in League of Legends!

Ghost provides any unit Elusive for one round, allowing for a major play. A high-Power ally could get through an opponent's defenses completely unscathed, allowing for a surprise attack on the Nexus for lethal damage.

Kinkou Lifeblade combines Lifesteal and Elusive, damaging the enemy Nexus while healing your own! This great combination of keywords makes up for his otherwise-poor stats, but a spell or two could change that.

Silent Shadowseer has high Attack for an Elusive unit, but it also has Ephemeral. This means it lives and dies for a singular purpose: Nexus damage. Luckily it comes with a way to replicate itself, for an oh-so-annoying combination.