What is Fast in Legends of Runeterra?

Legends of Runeterra has many card effects that are common enough that they get their own keyword - a word or two that immediately tells you how the card works. Let's take a look at the Fast keyword.

Fast spells can be played at any time, but allow the opponent to respond.

Fast is a spell descriptor, telling you when the spell will resolve.

However, unlike with Burst spells, your opponent has an opportunity to respond with Burst or Fast spells of their own, creating a line of succession known as the "spell stack". A new spell on the stack places itself ahead of the ones already committed, so that they get to go off first. Learn how to employ the spell stack to your advantage, and watch as enemy spells helplessly fizzle out.

Keywords that Work Great with Fast

Fast is a spell-only keyword, so no one keyword works in conjunction with it. That being said, Fast spells are great for changing up the tide of battle, applying effects such as Stun or Capture to an enemy minion so they can no longer participate in the fight.

Playing Against Fast in Legends of Runeterra

The key to beating Fast is to be even faster! Fast allows the enemy to respond, so respond to their spells with a few of your own. Burst spells in particular stop the chain and are guaranteed to go off, meaning you can dictate the outcome of an event before the Fast spells are reconciled. 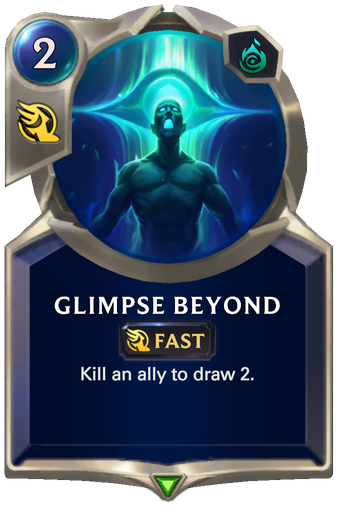 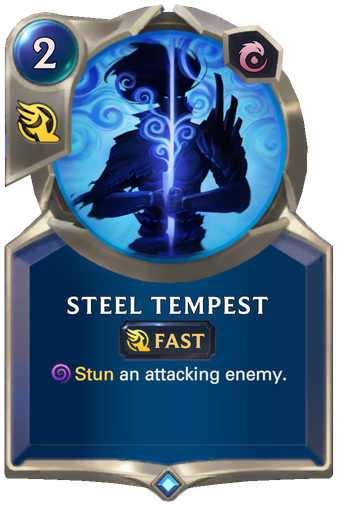 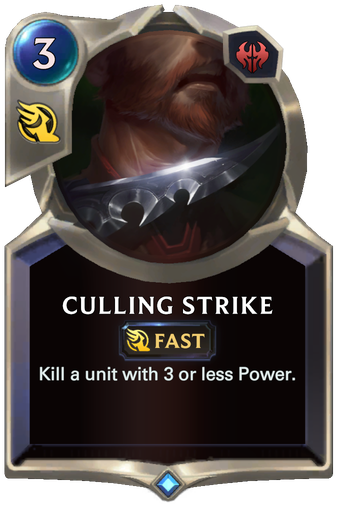 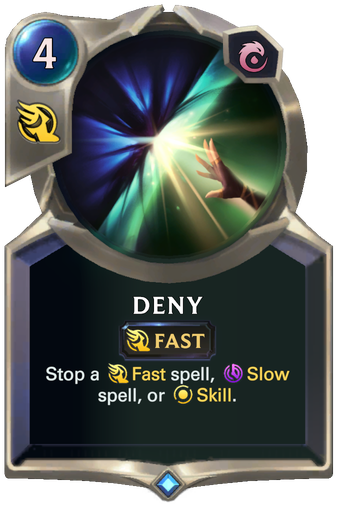 Glimpse Beyond is a great example of a card that can abuse the spell stack. If your opponent was planning to remove one of your units, play Glimpse Beyond to do it for them, netting yourself two cards in the process. "I meant to do that!"

Steel Tempest can interrupt a battle to Stun an enemy, preventing them from attacking or blocking. A stunned attacker no longer needs to be blocked, and a stunned blocker will return to the table without hurting your unit. Set up skirmishes to your advantage, and come out on top.

Culling Strike can swiftly eliminate a threat, but otherwise functions similarly to Steel Tempest. Use it to remove an enemy before they can attack, or to protect your attackers from being blocked.

Deny is a special card, allowing it to cancel any Fast spell, Slow spell, or Skill from being activated. A big fat "NO!" that will surely cause a headache for your opponent, denying them the effects of the spell/skill and the Mana spent to play it.