What is Fearsome in Legends of Runeterra?

Legends of Runeterra has many card effects that are common enough that they get their own keyword - a word or two that immediately tells you how the card works. Let's take a look at the Fearsome keyword.

Can only be blocked by enemies with 3 or more Attack.

Don't be afraid, little ones. It's just a giant spider...and her friends...all with big...sharp...teeth. Okay, be afraid a little...or a lot. A lot is good. Be very afraid!

Fearsome makes it so that enemies with 2 or less Power cannot be used to block the attacking unit, meaning your opponent will have to use something stronger or suffer a free hit. Units with low Power are too afraid to defend against you, so put that nightmare fuel to work and start scaring the crap out of people!

Keywords that Work Great with Fearsome

Challenger is a strong keyword to use with Fearsome. Fearsome already restricts the opponent's blocking opportunities, and Challenger means you can take what's left and set it up to your advantage. An army of Fearsome + Challenger units can have their way with the enemy, racking up free hits on the enemy Nexus.

Playing Against Fearsome in Legends of Runeterra

Remember that Fearsome only works whilst on the attack, meaning your smaller units can still attack normally. Be aggressive and kill the Fearsome units with your stronger guys, or bring Challenger to the table and pull them out of the way. Conversely, while on defense, you can buff your units Power levels so that they can block a Fearsome unit when your opponent doesn't expect it. 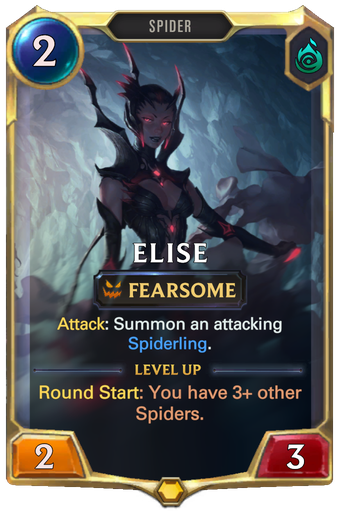 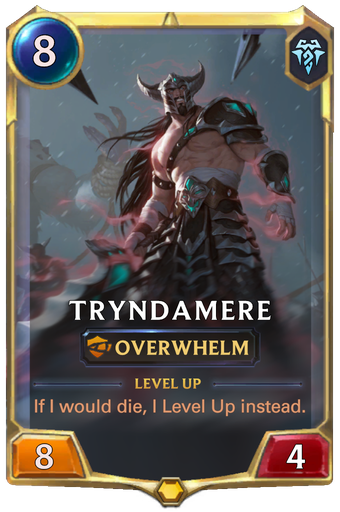 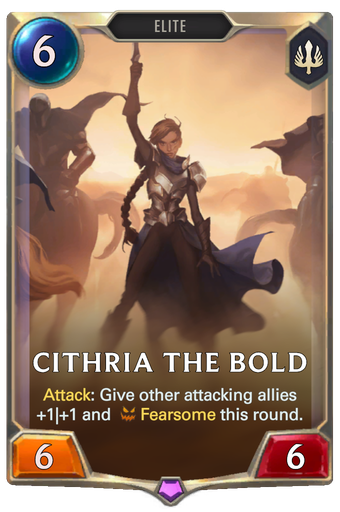 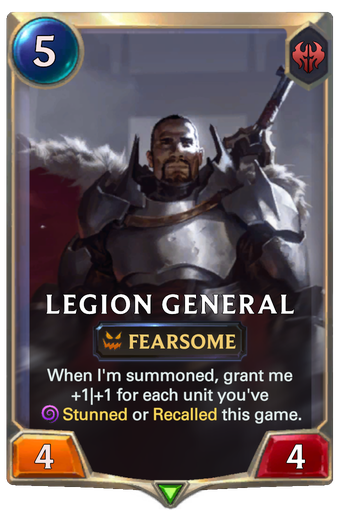 Elise is the Queen of Spiders, both having Fearsome herself and providing Fearsome to her other allied spiders. This allows them to bypass smaller defenders and go for the early kill, piling on Nexus damage.

Tryndamere doesn't start out with Fearsome, but gains it after he dies levels up. His dramatic increase in stats presents a spike in difficulty in dealing with him, as well, meaning your opponent's best bet is to hold him off with Stuns or Frostbite and win the game before he gets out of hand.

Cithria the Bold doesn't have Fearsome herself, but rather gives it to her attacking allies (along with a +1/+1 bonus in stats). She'll deal with the small stuff while your other attackers march on to victory!

Legion General is an example of a growing threat. A 5-mana 4/4 with Fearsome is okay on its own, but as you Stun or Recall enemies his potential becomes bigger and bigger.