What is Frostbite in Legends of Runeterra?

Legends of Runeterra has many card effects that are common enough that they get their own keyword - a word or two that immediately tells you how the card works. Let's take a look at the Frostbite keyword.

Set a unit's Power to 0 this round (it can be changed after).

Brrr, it's cold! So cold I don't think I'll be able to properly attack or defend myself D: What I'm experiencing must be Frostbite!

Frostbite sets a unit's Power to 0 until the end of the round, significantly hampering their ability to attack and/or block for that time. Frostbite can swiftly turn the tide of battle, turning what was once victory (or at least an even exchange) into a sudden loss.

Keywords that Work Great with Frostbite

Challenger is a great keyword to pair with Frostbite. Enemies afflicted with Frostbite have 0-Power, meaning they cannot properly defend themselves with reprisal damage. Use Challenger to pull those enemies into the fight and kill them while they have no Power.

Playing Against Frostbite in Legends of Runeterra

While Frostbite reduces your Power to 0, nothing says you can't raise the Power afterward via a spell or unit ability. Surprise your opponent and put up a fight where once there was none. 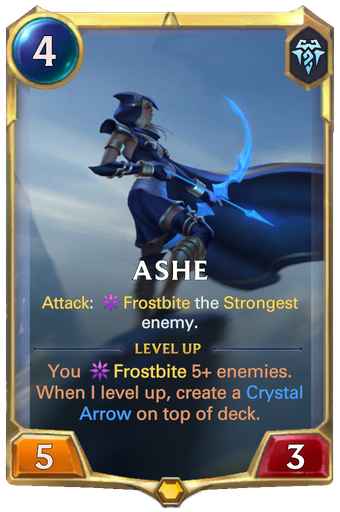 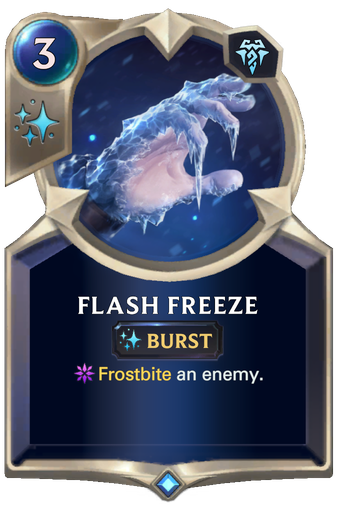 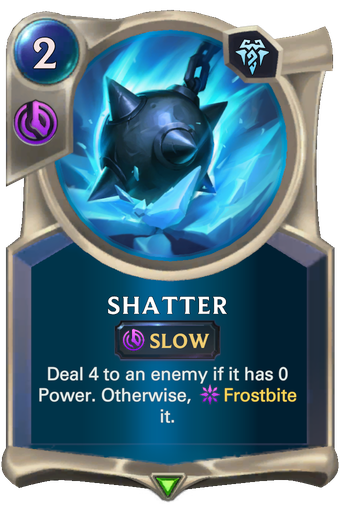 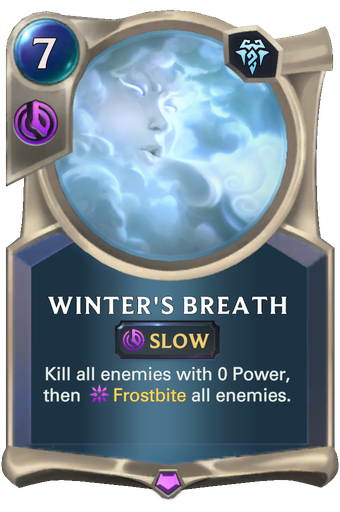 Ashe Frostbites the Strongest enemy when she attacks, referring to the unit with the highest Power (followed by highest Health, then highest Cost when it comes to ties). She also levels up from Frostbiting enemies, and also also gains an ability related to Frostbite when she does level. Enemies with 0 Power can no longer block, meaning you can blow right past their frozen bodies for free hits on the Nexus.

Flash Freeze, being a Burst card, means you can get the drop on enemies and abruptly change the battle in your favor. Trade into an enemy and bam: suddenly they have no defense. Free kill for you!

Shatter can be used both to Frostbite an enemy or as in combination with other Frostbite effects to effectively end the problem (with violence).

Winter's Breath, much like Shatter, can be used to combo with other Frostbite effects to instantly kill anyone who has been dropped to 0 Power (or already had that much; looking at you, Braum). Afterwards, you also get to Frostbite all enemies, effectively making the opponent's defensive ability close to nothing.