What is Fury in Legends of Runeterra?

Legends of Runeterra has many card effects that are common enough that they get their own keyword - a word or two that immediately tells you how the card works. Let's take a look at the Fearsome keyword.

Fury is one of many keywords added to the game in Call of the Mountain. When a unit with Fury (or a "furious" unit if you will) kills a unit, it gains +1|+1 (by its language, the killing doesn't necessarily need to be as a result of a direct combat). As long as you can keep them alive, they will continue to grow, allowing the player to potentially snowball the game. With this in mind, your opponent will most likely try to kill your units with Fury as soon as they can.

Keywords that Work Great with Fury

Several keywords work great with Fury. Arguably the strongest is Challenger as it will allow a unit with Fury to pick and choose what it kills, giving you the ability to make optimal trades making the growing process stronger. Barrier will allow it to potentially get a free kill on a unit and grow without taking damage, and Quick Strike will allow a similar effect.

Although it's not particular useful for growing a Fury unit, Elusive will allow Fury units that you've already grown to get an easier attack into the enemy Nexus and deal a sizable amount of damage in the process. Overwhelm will similarly allow your grown Fury units to attack through units and continue dealing damage to the Nexus as it continues to grow.

Playing Against Fury in Legends of Runeterra

Simply remember that Fury units only exist in Targon (except for Screeching Dragon in Demacia), meaning that you won't need to deal with Fury if your opponent isn't playing Targon.

Against a Fury unit, you may want to try to kill it as soon as possible. Otherwise, it will continue to grow. With this in mind, unit with Challenger or damage dealing effects can take care of the smaller ones, and removal can be saved for the larger ones. In the event that a Fury unit attacks, you will need to make a decision of whether to allow it to kill one of your own units and allow it to grow or tank some damage to your Nexus to stop it from growing. The correct choice may not necessarily always be obvious, so try to use your best judgement. 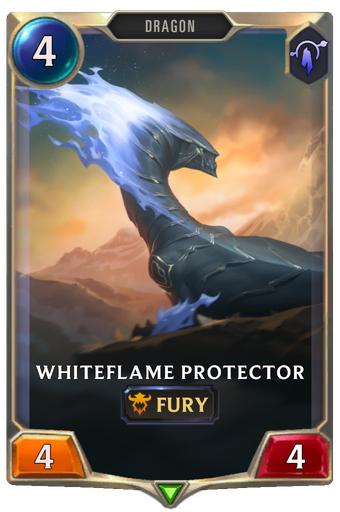 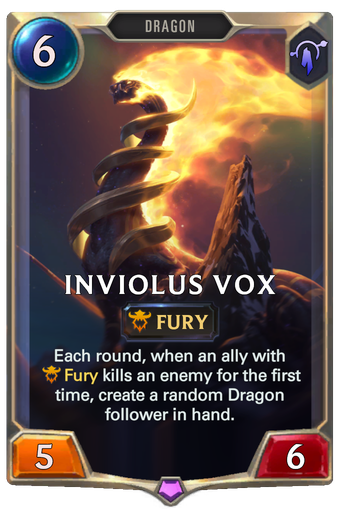 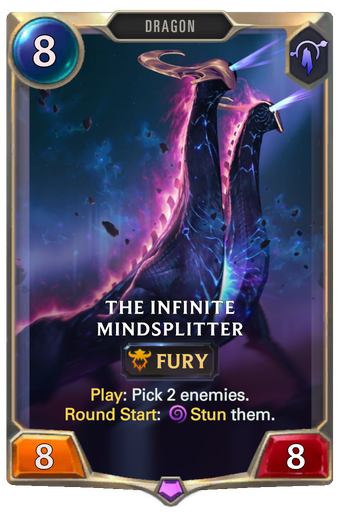 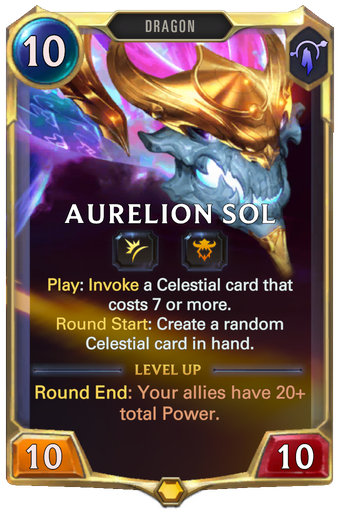 Whiteflame Protector is a simple example of the effect. It is a 4|4 Dragon for 4 with Fury and no other ability.

The Infinite Mindsplitter is a larger unit with Fury. When you play it, you will pick two enemies your opponent controls and at the start of each round while you control Mindsplitter, the two chosen enemies will be Stunned. This is slightly unusual for a Fury card as Stunning an enemy will prevent it from entering combat, in turn giving this card less opportunities to grow. However, 8 damage to the Nexus in exchange for not getting +1|+1 is more than a fair trade.

Aurelion Sol is a champion with Fury that will keep adding random Celestial cards to your hand each turn. Although it has no direct synergy with Fury, its Level Up condition can be sped up by growing Fury units (including itself), and its Fury will also potentially allow it to survive longer as it grows.