What is Imbue in Legends of Runeterra?

Legends of Runeterra has many card effects that are common enough that they get their own keyword - a word or two that immediately tells you how the card works. Let's take a look at the Imbue "keyword".

These abilities trigger when you resolve a spell.

As of right now (the beta), Imbue is not a keyword. It does, however, come up with results when you search for it; we can infer from this that it was considered at one point, and may become a keyword in the future. It currently means "when you cast a spell, (do X)".

Keywords that Work Great with Imbue

Enlightened is the most obvious connection to Imbue, as being Enlightened gives you your full compliment of Mana gems to cast spells with.

Playing Against Imbue in Legends of Runeterra

The only way to stop your opponent from casting spells is to deny them their Mana, by forcing them to make inefficient choices or play out of desperation. Hit them hard and fast! 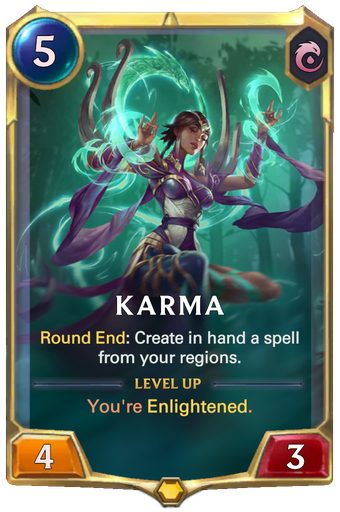 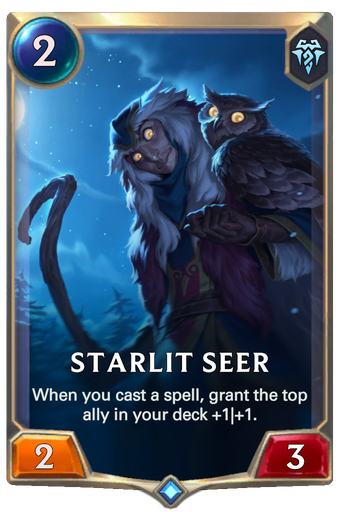 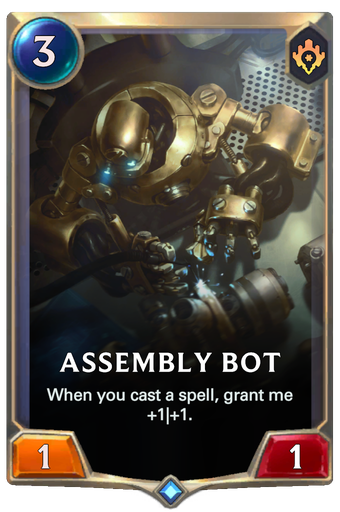 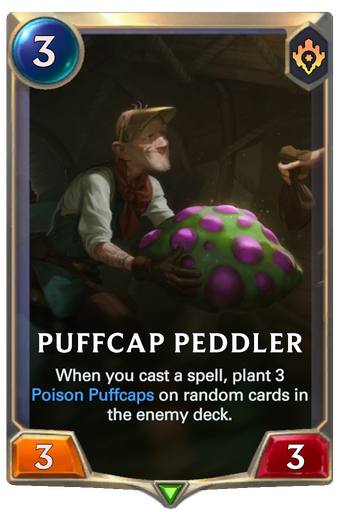 Karma's Level Up effect allows her to cast any spell twice, effectively doubling the value generated from any-one spell. Use this effect to double-tap problems with removal, or to double-buff an ally.

Starlit Seer grants the top ally in your deck +1/+1 when you cast a spell. Cast a lot of cheap spells to quickly buff a singular unit, or space them off so everyone gets a taste.

Assembly Bot representing a growing threat in a spell-heavy deck, wherein it gains +1/+1 when each of your spells are cast. Play lots of spells and watch it grow!