What is Last Breath in Legends of Runeterra?

Legends of Runeterra has many card effects that are common enough that they get their own keyword - a word or two that immediately tells you how the card works. Let's take a look at the Last Breath keyword.

These abilities take effect when the unit dies.

Last Breath is one of the most "neutral" keywords in the game, found in a variety of different places. It's a very straightforward keyword as well, simply referring to an effect that takes place when that unit dies.

Giving Challenger to a Last Breath unit will allow you to make a favorable trade on an enemy unit and benefit from the Last Breath effect at the same time. Swiftwing Lancer has Challenger inherently which cuts out the middle man of using another card effect. This even works both ways as an enemy Challenger unit might not want to challenge your Last Breath unit to avoid giving you the effect at an inopportune time for them.

Playing Against Last Breath in Legends of Runeterra

As Last Breath is a trigger-based effect that will inevitably trigger when the unit dies, there isn't much of a way to "play around" it. If you don't mind the Last Breath effect triggering at this moment, make a favorable trade with the unit.

In the event that your opponent has a strong Last Breath effect from a card like Commander Ledros or Anivia, a Detain will Capture the unit without "killing" it. She Who Wanders has an Obliterate effect which will destroy Last Breath units without triggering their Last Breath effects. 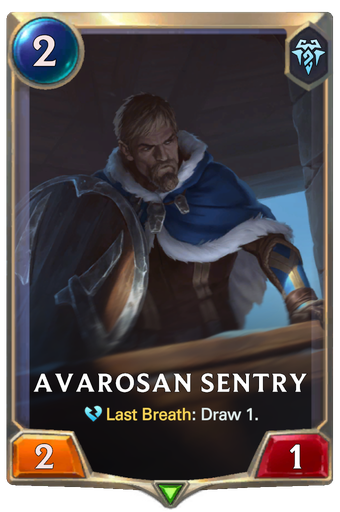 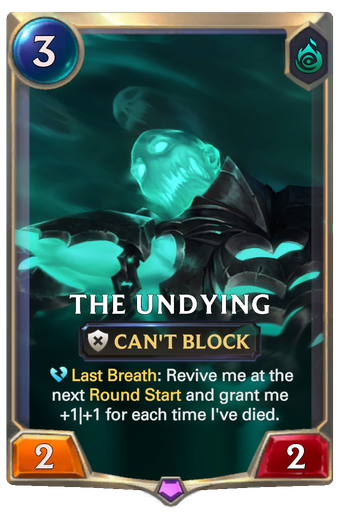 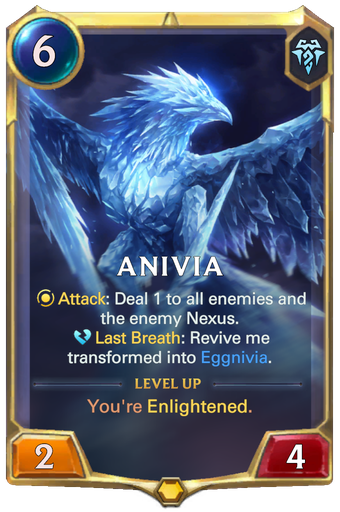 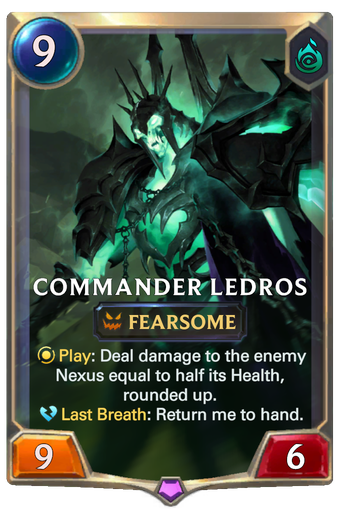 Avarosan Sentry is a basic representation of the effect, simply drawing a card when it dies. It's a very versatile card that can easily slot into many decks.

The Undying is a fairly infamous card in the game, as it simply never goes away (as the card name would suggest). Every time it dies, it will come back and grow even stronger. To make up for this strong upside however, it cannot block.

Anivia is a champion with a Last Breath effect, that will summon Eggnivia. If either Anivia herself or the egg is on the field while you're Enlightened, it will level up.

Commander Ledros is a unit with a Last Breath effect that has infinitely recurring value similar to The Undying. Unlike the latter card however, Ledros is returned to your hand when it dies, requiring you to play its full mana cost again, but it can also block. Returning itself to your hand will allow you to keep using its play effect to cut the enemy Nexus health in half, although this effect loses value the more damage it has taken.